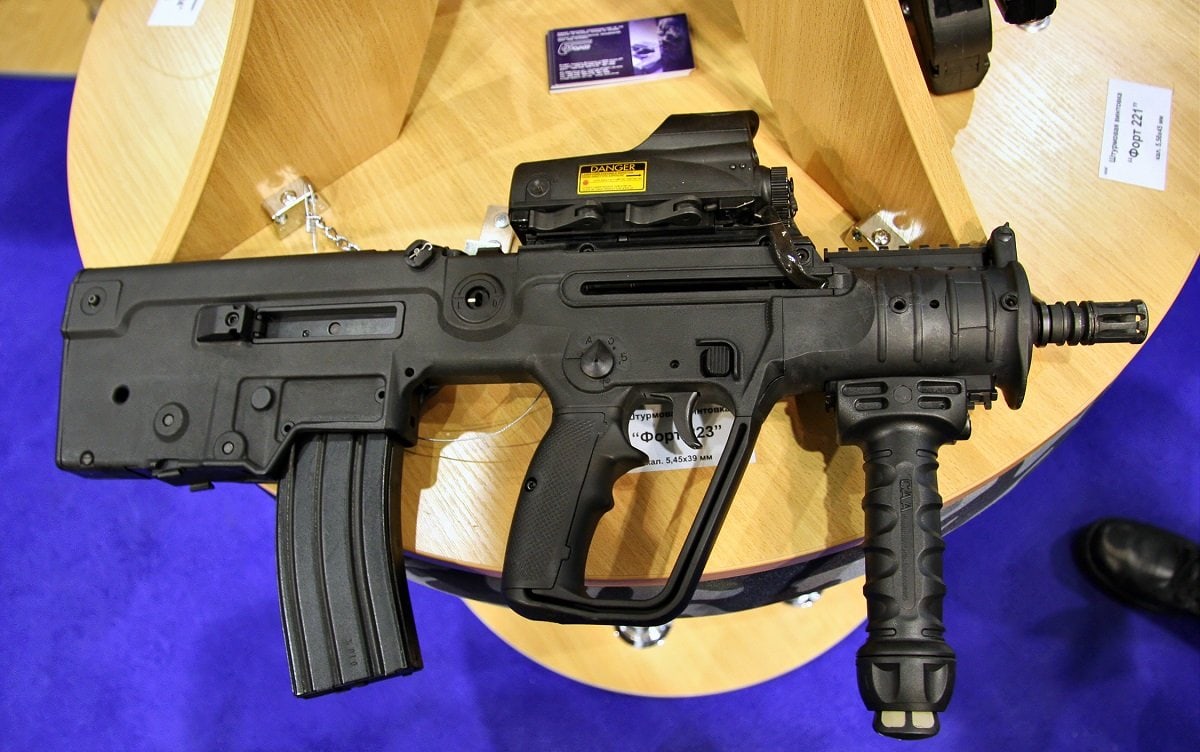 The Tavor X95 is a decidedly space-age looking weapon. With its bullpup-style layout and prominent handguard (on models sold in the United States), it is easily identifiable. The manufacturer, Israeli Weapon Industries, offers several X95 variants, with differing barrel lengths available, as well as several calibers, including the NATO-standard 5.56x45mm as well as the Soviet, now Russian 5.45X39mm cartridge. The X95 is even offered as a 9mm submachine gun, and more recently in .300 AAC Blackout.

Although perhaps not an advantage during the heat of combat, the X95 can swap between some calibers with ease. The X95 can swap from 5.56mmx45mm caliber to 9mmx19mm caliber and vice versa “in minutes,” allowing for one platform for function as a submachine gun and assault rifle.

Part of what makes the X95 so unique is its bullpup-style configuration, which sees the magazine loaded behind the trigger group and grip, rather than forward. An animated video demonstrating how bullpups operate is available below, and uses the X95 as an example.

The bullpup setup offers a few advantages. First, the X95 is able to have a full, 16.5-inch barrel length (notably, the same barrel length as the United States Marine Corps’ M27 Infantry Automatic Rifle) on a platform that is just a little over 26 inches long. For comparison, the M27 is 33 to 37 inches long, depending on how far the stock is adjusted.

And while the X95’s compact length does offer a weight advantage over full-length rifles like the M27, and is mover maneuverable in tight, compact spaces, its bullpup layout does have a disadvantage. By definition, bullpup stocks are not adjustable and therefore less ergonomic for shooters of very large or very small size and also cannot be adjusted to accommodate bulky equipment like bulletproof vests or other equipment.

From Israel to the U.S. Capital.

More recently, the Tavor has X95 splashed across the news when a Colorado man, Cleveland Meredith, was arrested in the aftermath of the storming of the U.S. Capitol. The man, Cleveland G. Meredith Jr., had a veritable arsenal in his possession when he was arrested, including a 9mm Glock pistol, painted with an American flag motif, about 2,300 rounds of ammunition, of which approximately 320 were armor-piercing — as well as a Tavor X95 rifle.