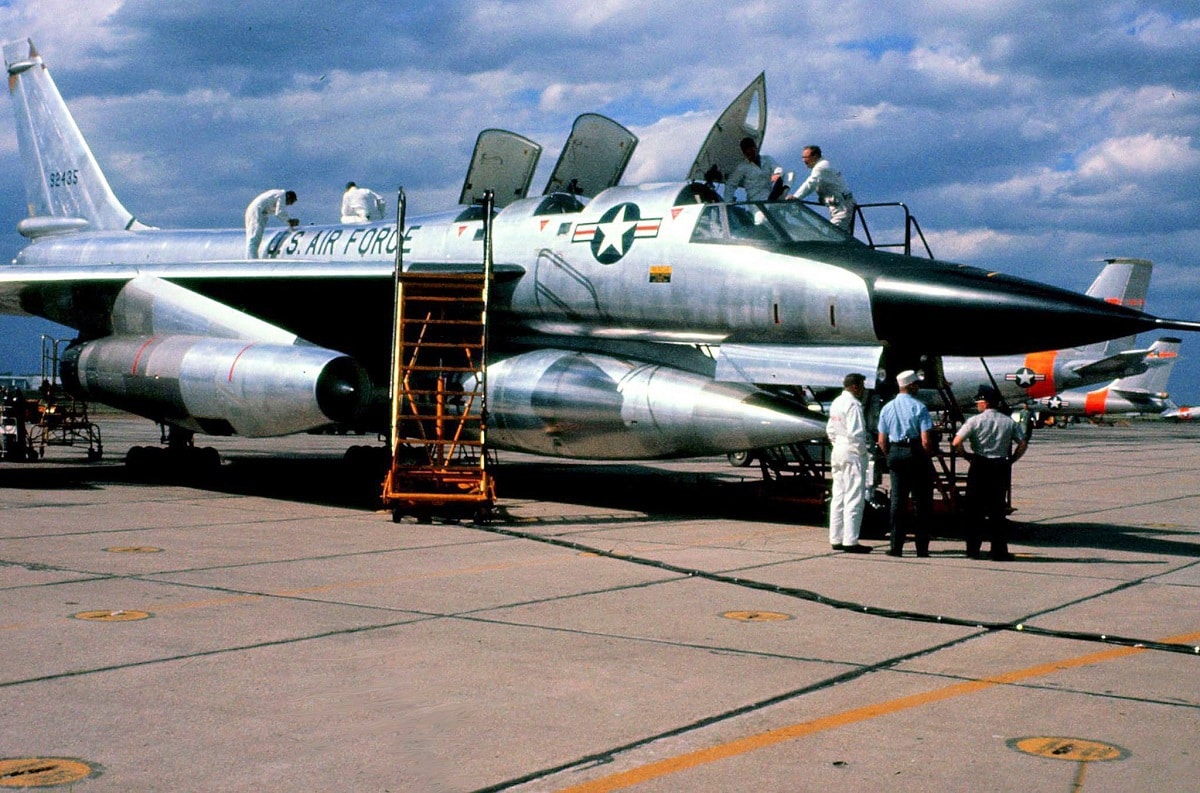 Designed to fly at high altitudes and at supersonic speeds, the United States Air Force‘s Convair B-58 Hustler was actually the first operational bomber capable of Mach 2 flights. The B-58 was developed in the 1950s for the Air Force’s Strategic Air Command (SAC), and relied on speed as its primary defense. The thinking at the time was that with an aircraft that flew fast enough and even high enough, the enemy couldn’t shoot it down.

B-58 Hustler: A Bomber with a Purpose

For its time, the B-58 Hustler was revolutionary in many ways. It featured a radical delta wing shape, but it also included sophisticated inertial guidance navigation and bombing system, as well as a slender “wasp-waist” fuselage and extensive use of heat-resistant honeycomb sandwich skin panels in the wings and fuselage. However, the thin fuselage limited the ability to carry a bomb internally and instead was fitted with a two-component pod beneath the fuselage. It contained a nuclear weapon as well as extra fuel and even advanced reconnaissance equipment. 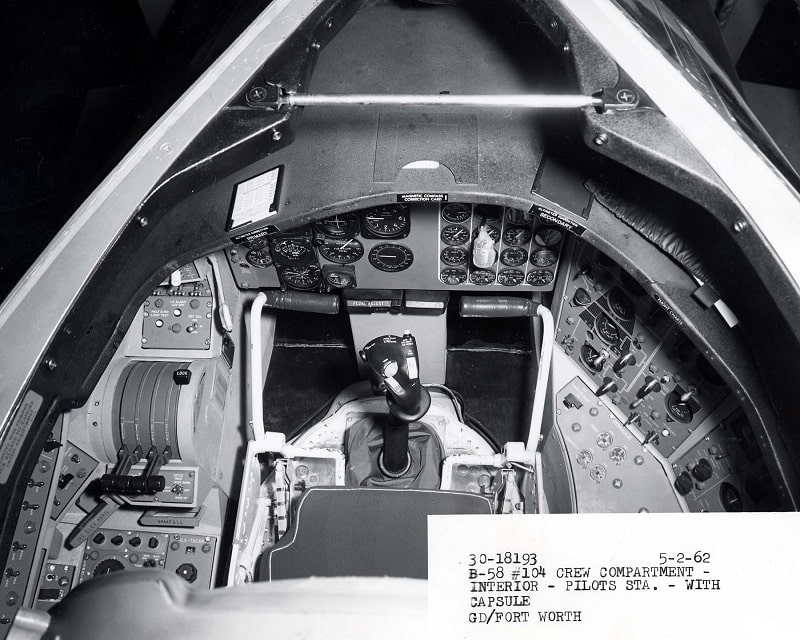 The Convair B-58’s aerodynamic design allowed the first production model to reach supersonic flight, where it flew faster than Mach 2 for more than an hour. Even having to refuel one time, the bomber was able to travel 1,680 miles in just 80 minutes. Over the course of the platform’s career with SAC between 1960 and 1970, B-85s set 19 world speed and altitude records, while the aircraft also won five different aviation trophies.

The aircraft was also unique in terms of crew configuration. The three-person crew consisted of a pilot, navigator/bombardier, and defense systems operator; and each was housed in his own compartment, which was separated by banks of equipment. The crew had no physical contact with each other, but Air & Space Magazine reported that it was common for the crew to pass notes via a string and pulley system that ran along the cabin wall.

The speed of the aircraft made it difficult for an enemy fighter to catch the B-58, but any type of catastrophic airframe or system failure proved nearly fatal for the crew. Originally the aircraft was equipped with only standard rocket-propelled ejection seats, which couldn’t be used safely at Mach 2. The aircraft was subsequently retrofitted with an encapsulated ejection system. 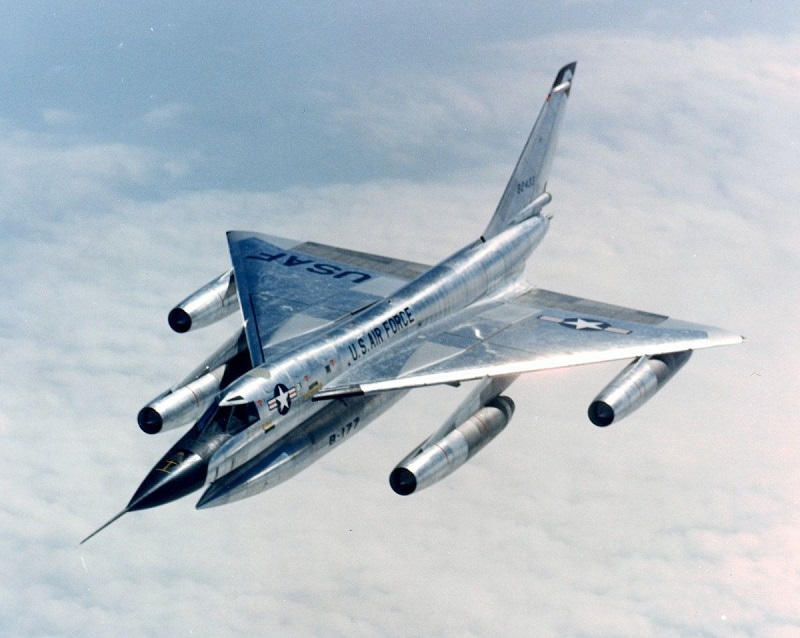 A History of Crashes

Tragically two different aircraft were lost in crashes at the Paris Air Show – first in 1961 and then again in 1965. Of the 116 aircraft built, 26 were lost in accidents and 36 crew members killed.

Designed to fly at high altitudes, the mission of the B-58 evolved once the Soviet Union introduced high-altitude surface-to-air (SAM) missiles and high-altitude supersonic fighters, and as a result, the Hustler took on a low-level-penetration role. However, it proved expensive to operate and had a combat range of just 2,000 miles without aerial refueling.

Instead of being adapted for a long-range strike and air defense missions, the Hustler was hustled out of service less than a decade after it entered service. On January 31, 1970, the B-58 was retired.

Of the 116 built, eight are on display at various museums around the country, including “Cowtown Hustler,” which is on display at the National Museum of the United States Air Force. During the aircraft’s service, it set three-speed records while flying from Los Angeles to New York and back on March 5, 1962. For that effort, the crew received the Bendix and Mackay Trophies for 1962. The Hustler was flown to the museum in December 1969 and is now on permanent display in the Cold War Gallery.