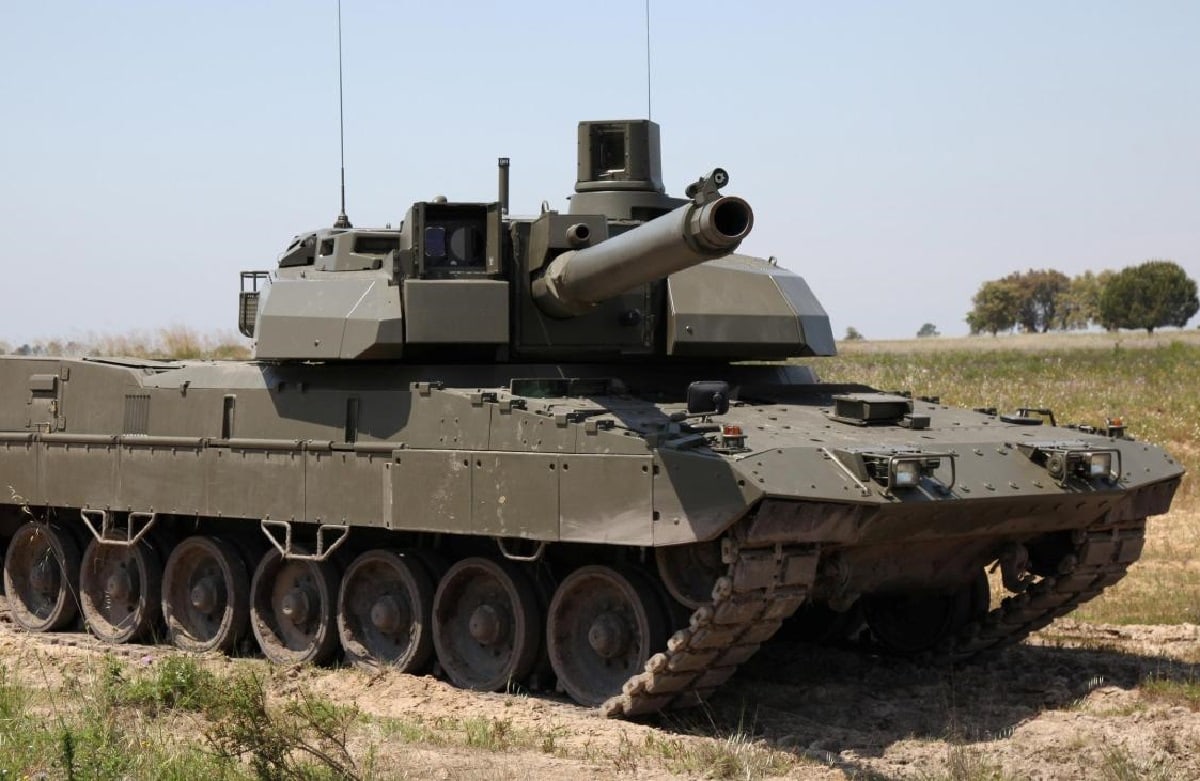 On paper at least, the European Main Battle Tank could be a heavy-hitter.

The joint Franco-German European Main Battle Tank venture aims at leveraging aspects of France and Germany’s tank programs to build a technologically advanced tank that both countries hope could be introduced into service Europe-wide.

To date, the project has produced just a single pre-production prototype that combines features of both the French Leclerc main battle tank as well as the German Leopard 2. The design, intended to demonstrate the compatibility of French and German engineering and technology, mates the Leclerc’s well-protected autoloading turret with the Leopard’s robust chassis and reliable engine. A demonstration video showing a bit of the EMBT’s manufacture as well as mobility and firepower capabilities can be seen above and is worth the watch.

Though the Franco-German design is in the very early stages, it is already primed to offer superior characteristics when compared to either the Leclerc or Leopard 2 by themselves. Thanks to the Leclerc’s autoloading turret, the EMBT prototype requires one less crew member (loader), and is significantly lighter, at about 6 tons or about 5,500 kilograms.

However, one of the more significant proposed upgrades would be related to firepower. Rather than utilizing the NATO-standard 120mm main gun, the EMBT may opt for a larger main gun: a 130mm design, or potentially an even more massive 140mm main gun.

Larger-caliber guns naturally translate to superior anti-armor capabilities, and the French have apparently mulled outfitting the Leclerc with a larger upgraded main gun in the past, though that idea was evidently shelved. Rheinmetall, the German firm behind what is perhaps the most widely-used 120mm tank gun design in NATO and perhaps world-wide, also experimented with a prototype 130mm main gun, intended to augment NATO tank’s firepower.

Though indeed massive, the EMBT project wouldn’t be the largest main gun ever put on a tank. During World War Two, both the Axis and Allies experimented with a number of novel tank and tank-destroyer designs that would occasionally meld elements from heavy artillery and armored vehicle onto one platform.

One of the more noteworthy examples was a product of Soviet engineering. The massive  ISU-152 was essentially a 152mm heavy artillery cannon placed on a heavy tank chassis. The main gun’s large diameter is immediately obvious. Though the ISU-152 was intended to serve a mobile heavy assault platform for taking on heavily fortified Nazi positions, the Soviet Union was able to leverage the incredible explosive power generated by its large main gun to take on virtually all Nazi German armor — despite lacking a dedicated anti-armor round.

It remains to be seen which option the EMBT will opt for, though either decision would make existing French and German 120mm ammunition stockpiles obsolete, one factor that could complicate the decision to upgrade the tank’s main gun. Alternatively, a 120mm main gun with an extended length barrel could allow for higher muzzle velocities and therefore better armor penetration while reducing logistic complications.

In either case, increased shell size would likely necessitate an autoloading turret design, as a 130mm or 140mm cartridge size could approach the weight limit of what a human loader is able to manipulate. Much more about the EMBT remains to be seen — though a larger main gun is possible, and an autoloading turret likely.