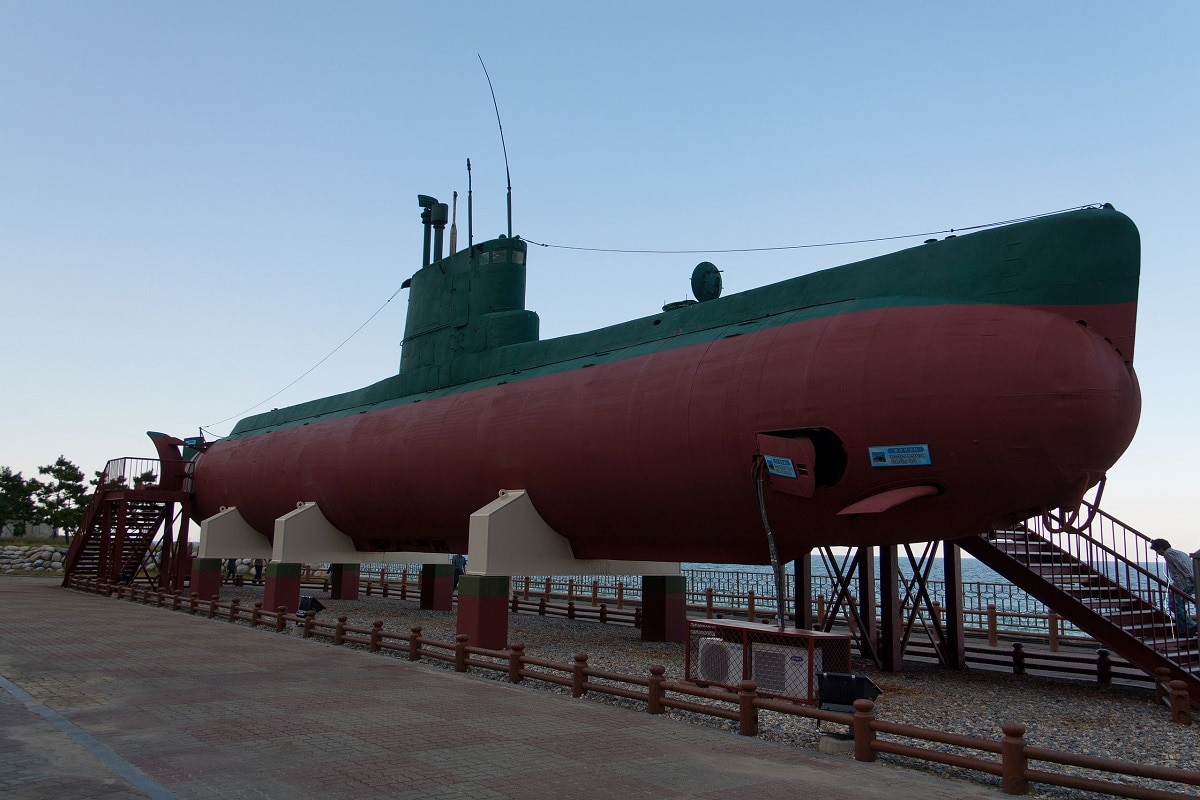 North Korean Sang-O submarine that ran aground in South Korean waters near Gangneung, in 1996.

Crises on the Korean Peninsula often appear to be sparked by overt acts of provocation or aggression by North Korea, including artillery bombardments targeting the South to tests of the DPRK’s growing ballistic missile arsenal. The threat of violence on the Korean Peninsula stems not just from the overt, however, but also from the covert. In addition to its high profile conventional and strategic capabilities, North Korea also has at its disposal a large submarine fleet as well as an elite special operations force, and the employment of either or both of these capabilities can result in the outbreak of violence on the peninsula. The 1996 Gangneung submarine infiltration incident serves as a stark reminder of this possibility.

Gangneung Submarine Crisis: How It Began

North Korea has frequently employed special operations forces to infiltrate the South. This tactic reached its heyday in the late 1960s during a period of sustained low-intensity conflict between the North and the South, and included an attempted raid on the South Korean Blue House as well as the insertion of a sizeable guerilla force in a failed attempt to instigate a communist uprising in the South. In the years since, North Korea has continued to send operatives into the South, occasionally sparking clashes with South Korean security forces.

In September 1996, North Korea inserted three special operations soldiers via submarine near the city of Gangneung. When the submarine later returned to pick up the operators, it found that they were not present at the predetermined position, and during a subsequent attempt to recover the soldiers the submarine ran aground only 20 meters offshore, forcing the crew to disembark and set fire to the interior of the vessel.

While on the beach, the submarine crew was spotted by a passing South Korean civilian. South Korean authorities launched what would become a 49-day-long manhunt involving over 40,000 South Korean soldiers, who described warzone-like conditions during the operation. Shortly after the operation began, South Korean forces located the bodies of 11 of the submarine’s crew, and posited that one of the crewmembers had killed his compatriots before turning the gun on himself, while a twelfth member of the crew was taken into custody. Based on the interrogation of the captured crewmember, South Korean authorities were able to place the total number of North Koreans involved in the mission at 26 and were also alerted to the presence of the North Korean special forces troops, while also confirming that the purpose of the mission was intelligence collection against South Korean air and naval bases. Over the next two weeks, the remaining 11 submarine crewmembers were located and killed in a series of firefights with South Korean security personnel. Several weeks later, two of the three North Korean commandos were located and killed less than 10 miles from the border with North Korea, while the third member of the team is believed to have successfully evaded capture and returned to the North. Of the 26 North Koreans involved in the mission, 24 were killed and one was captured, while a total of 16 South Korean soldiers and civilians were killed with an additional 27 wounded.

While the gangneung submarine incident could have sparked larger conflict on the Korean Peninsula, cooler heads prevailed. North Korea issued a statement of “deep regret” over the incident and pledged to take steps to ensure that such incidents did not occur again in the future, while South Korea returned the remains of the 24 North Koreans killed during the manhunt. The incident remains significant, however, to the extent that it demonstrates how quickly events on the Korean Peninsula can escalate to violence.

The troops involved in the incident likely belonged to the DPRK’s Reconnaissance Bureau, the same organization from which the units involved in the attempted attack on the Blue House were drawn. Following reforms of North Korea’s intelligence services in 2009, the Reconnaissance Bureau was subordinated to the newly created Reconnaissance General Bureau and was redesignated as the RGB’s Second Bureau; it is believed that a submarine assigned to the Second Bureau was responsible for the sinking of the ROK Navy vessel Cheonan. Additionally, North Korea has continued to emphasize the development of its special operations forces, and these forces represent a potentially valuable strategic asset in the event of a conflict on the Korean Peninsula. But North Korean intelligence and special operations forces are worrisome as much for their potential to cause conflict as they are for their role during a conflict, and exist alongside more overt provocations as triggers of violence. And while North Korean use of violence may often be the result of calculated efforts at brinkmanship or provocation, as the Gangneung submarine incident illustrates the use of more covert capabilities can result in violence even when such an outcome is neither expected nor desired.