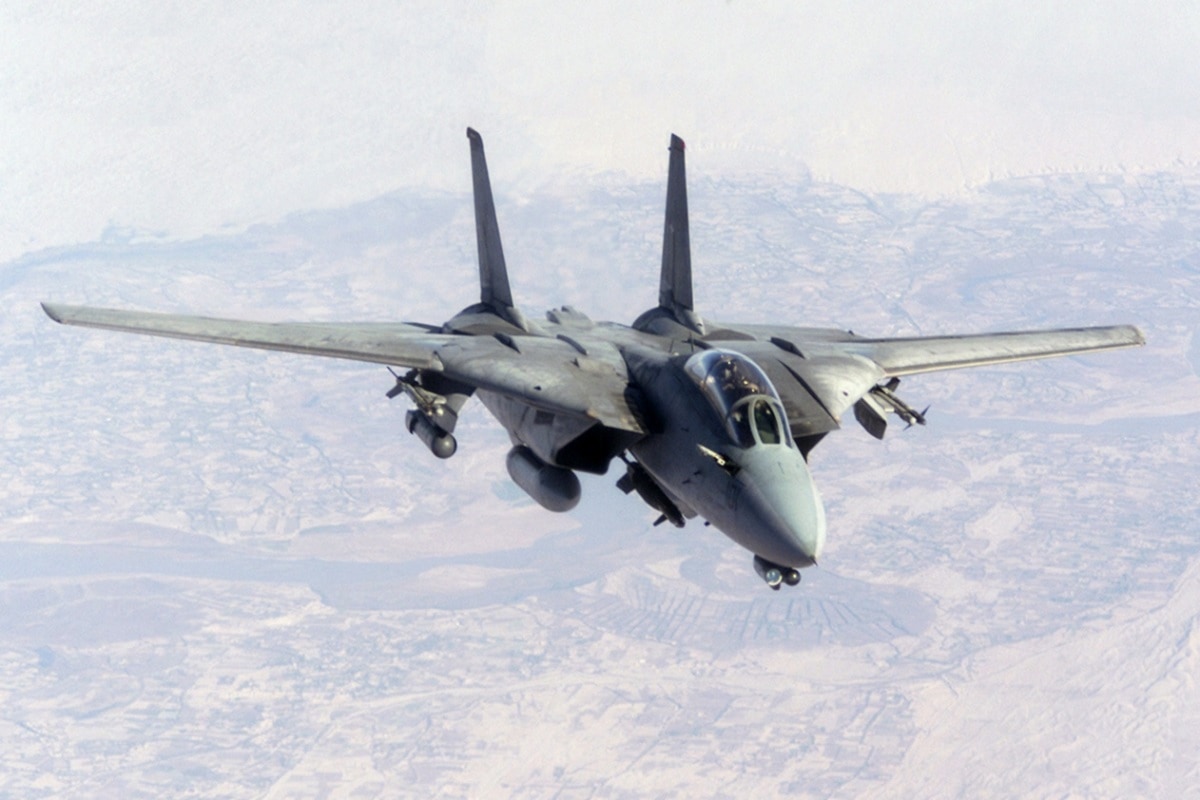 A Navy F-14D flying over the skies of Afghanistan on a precision bombing mission in November 2001.

In its heyday in the late 1970s, the Grumman F-14 Tomcat was considered one of the most capable fighters in the sky, and even today it remains a swift aircraft that has a top speed in excess of Mach 2.4 and a rate of climb of around 45,000 feet per minute. It was originally developed to operate from U.S. Navy aircraft carriers and to serve in an air superiority role.

The supersonic, twin-engine, variable-sweep wing, combat fighter could operate and attack and destroy enemy aircraft at night and in all weather conditions. The Tomcat was designed to track up to 24 targets simultaneously with its advanced weapons control systems and easily dominate the skies with its Phoenix AIM-54A missiles.

The aircraft was immortalized in the 1986 film Top Gun.

Even today, the F-14 Tomcat isn’t something you’d want to see your potential adversaries flying – and yet around 40 of the aircraft are in service with the Iranian Air Force.

No, the aircraft wasn’t provided to the Islamic Republic as part of the Reagan-era Iran-Contra deal but were actually provided to Iran prior to the outbreak of the Iranian Islamic Revolution that broke out in 1978. Until that point, Iran had been a steadfast ally of the United States – and was even the second Muslim-majority country after Turkey to recognize the State of Israel.

Throughout the 1970s, the Iranian military was armed with U.S.-made equipment from M16 rifles to M60 Patton tanks, while the Imperial Iranian Air Force (IIAF), which was established in 1920, became the only military force other than the United States Navy to be equipped with the F-14 Tomcat and the AIM-54A Phoenix air-to-air missiles. Interestingly enough, the IIAF had also placed an order for more than 150 F-16 Fighting Falcon fighter aircraft in 1976. However, those deliveries were not made and instead were subsequently sold to the Israeli Air Force.

Since the revolution, Iran has been barred from purchasing weapons, but also the components and spare parts, to maintain the aircraft. As a result the Islamic Republic of Iran Air Force (IRIAF), which essentially inherited the equipment and structure of the former IIAF, had to get creative. This was complicated by the fact that the IRIAF lost many of its command officers, many of whom were considered as loyal to the Shah or pro-U.S. while other personnel was caught up in post-revolution purges. 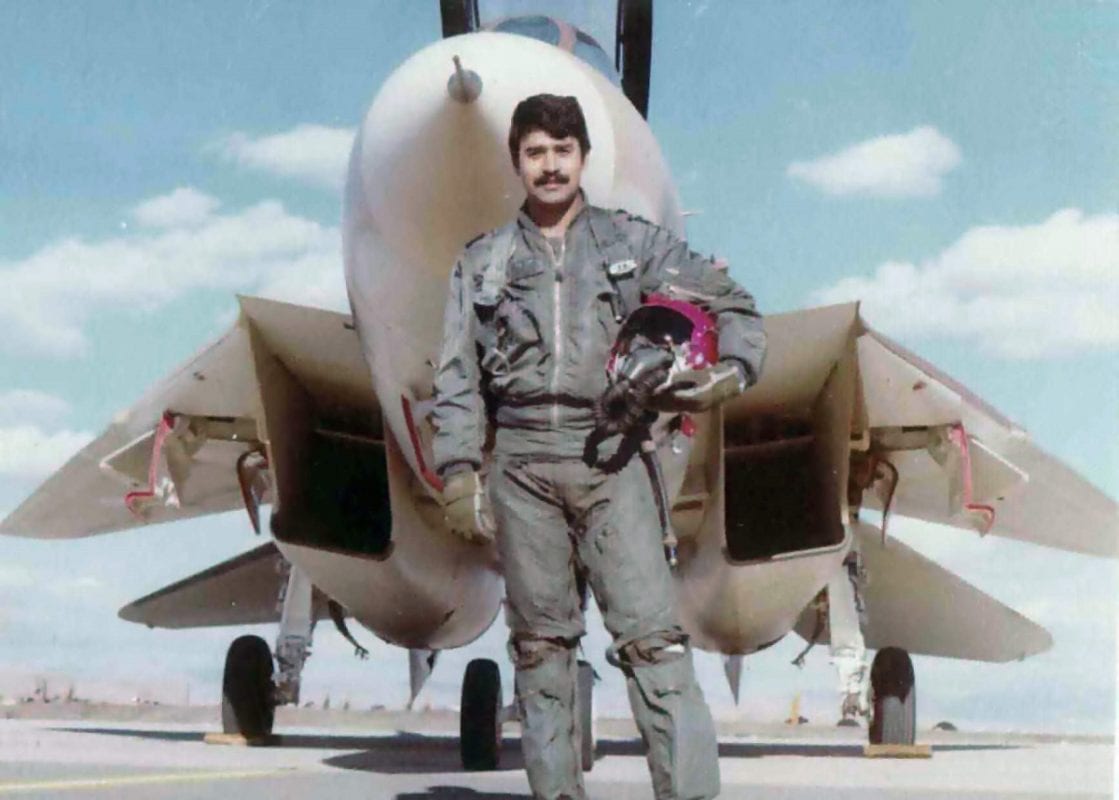 Iranian ace Jalil Zandi is credited with shooting down 11 Iraqi aircraft during the Iran–Iraq War, making him the most successful F-14 pilot.

The IRIAF was seen as ill-prepared for the Iran-Iraq War, but dozens of the F-14s were used within days of the first clashes. An Iraqi Mil Mi-25 Hind helicopter – an export version of the Soviet Mi-24 attack helicopter – was reported to have been the first “kill” by an F-14. The IRIAF aircraft performed better than expected in the war, reportedly shooting down as many as 160 Iraqi aircraft, but it took a toll on Iran.

While only 12 to 16 Tomcats were reported to have been lost in the war with Iraq, the lack of parts has been an issue. Of the 79 Grumman F-14 Tomcats originally delivered in the 1970s, only around 40 to 43 of the upgraded F-14AM are believed to be in the current inventory – and of those only 20 are believed to be fully mission capable.

When the U.S. Navy retired the F-14 in 2007, the Pentagon even made the decision to destroy all the remaining spare parts to ensure that those wouldn’t find a way to Tehran. That wasn’t entirely successful and in 2007, a Long Island man was arrested for exporting F-14 and F-5 parts to Malaysia which were destined for Tehran.

It is also worth noting that in 2010, Iran even requested the 80th F-14 that it had purchased in 1974 that was never delivered to the Islamic Revolution. Not surprisingly it wasn’t provided. Yet, it is still impressive that after more than 40 years Iran has kept the F-14s flying by cannibalizing remaining airframes and fabricating parts – proving to a few of the IRIAF’s Tomcats haven’t used up all of their nine lives.