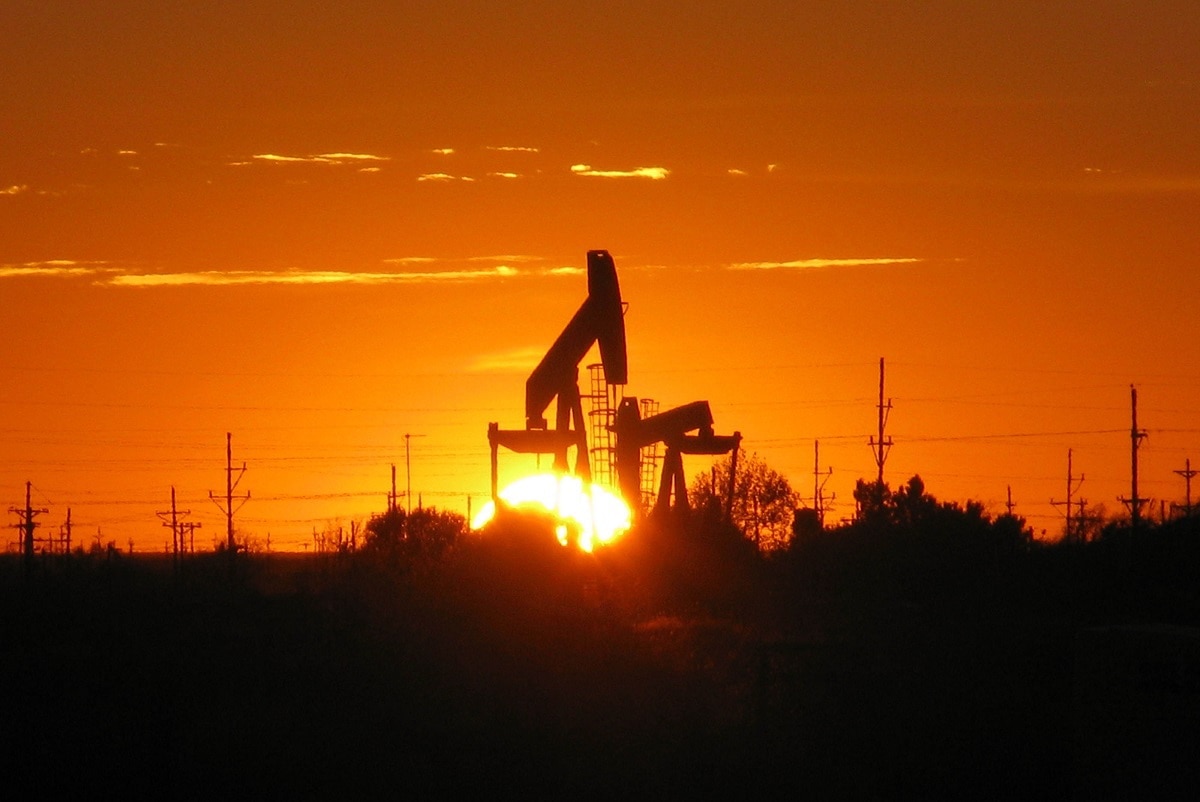 The sun sets behind a pump jack near Midland, TX. The oil and gas industry has many parts, from exploration and extraction (“upstream”) to processing and transportation (“downstream”), which often happen in close proximity to one another. These active wells are mere yards from wells being developed.

If progressive California has its way, new legislation will essentially ban all fracking in the state by the year 2027.

The measure, which takes direct aim at the powerful oil and gas industry in the state, continues to solidify California as a leader in combating climate change, as it has already passed a law that will make the nation’s most populous state rely entirely on renewable energy by 2045.

According to Democratic state Sens. Scott Wiener of San Francisco and Monique Limon of Santa Barbara, the legislation seeks to halt new fracking permits or renewals by January 1 and outlaw the practice altogether within six years.

They added that they will modify the bill next month to terminate any new oil and gas permits within twenty-five hundred feet of homes or schools by January 1.

The oil and gas industry, however, is not sitting quietly.

Rock Zierman, CEO of the California Independent Petroleum Association, called the new measure “legally questionable,” while others have asserted that it is too “broad and ambiguous.”

“Shutting down energy production under the toughest regulations on the planet will devastate the economies of oil-producing regions,” Zierman told the AP.

And Republican Assemblyman Vince Fong has said that California produces oil “in the most environmentally responsible way.”

Only a few decades ago, California was among the top oil-producing states in the nation—reaching a peak of more than three hundred ninety million barrels in 1985.

But according to the U.S. Energy Information Administration, by 2017, overall production had plunged dramatically—and the state now ranks behind the likes of Texas, North Dakota, New Mexico, Oklahoma, Colorado, and Alaska.

Experts point to the fact that the industry has exhausted much of California’s easily extractable oil reserves—what is left is embedded so deep that it takes an exorbitant amount of money and energy to extract.

Several of the processes that can get to that oil are fracking, cyclic steaming, acid well stimulation, and water and steam flooding to separate the oil from the rock, which would all be prohibited under the new legislation.

Environmental groups have long contended that these methods can significantly harm air quality and water supplies in nearby communities.

Such groups have already applauded California’s willingness to pull the plug on gas vehicles, as Gov. Gavin Newsom recently announced that the state will ban the sale of new gas-powered passenger cars and trucks within fifteen years.

The plan won’t necessarily stop people from owning gas-powered cars or selling them on the used car market, but by 2035, no new such vehicles can be sold within the state.