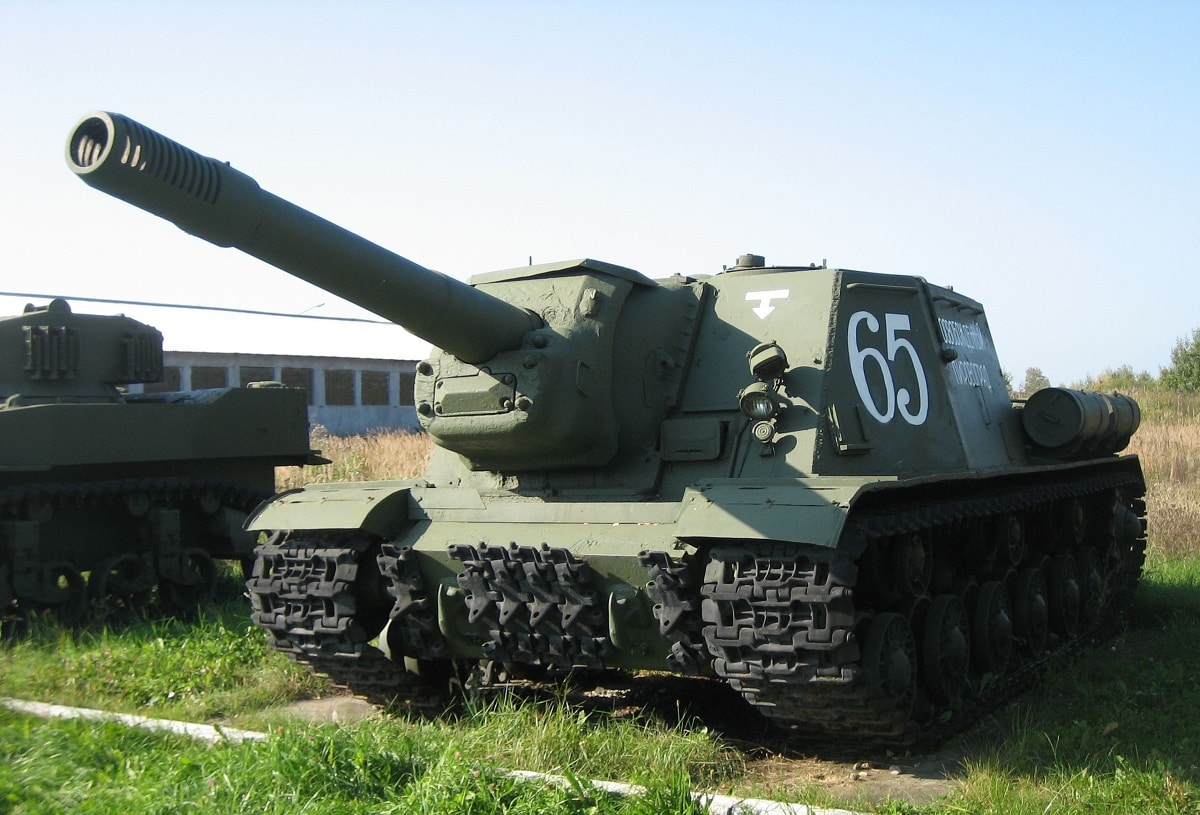 Meet the ISU-152: Thanks to its enormous main gun and prodigious armor protection, the ISU-152 could take on virtually everything the Nazis threw at it.

The ISU-152 was one of the Soviet Union’s heaviest self-propelled guns during World War II. The Russians designed and built the ISU-152 in 1943, partially in response to the increasingly heavy tanks and tank destroyers Nazi Germany fielded at the time.

Soviet designers intended for the ISU-152 to fill a crucial need in the Soviet Army: a mobile and protected heavy hitter that could take on fortified enemy positions. The Red Army had previously relied mainly on towed artillery pieces that often could not keep up with infantry or armor formations due to a dearth of artillery towing vehicles, forcing some artillery crews to rely on horses — or pull their own artillery themselves.

Prior to the ISU-152’s introduction into Red Army service, the Soviet Union did have a heavy self-propelled gun, the similar SU-152, though Soviet command recognized that the KV heavy tank chassis on which it was based would need to be phased out, necessitating a SU-152 replacement. 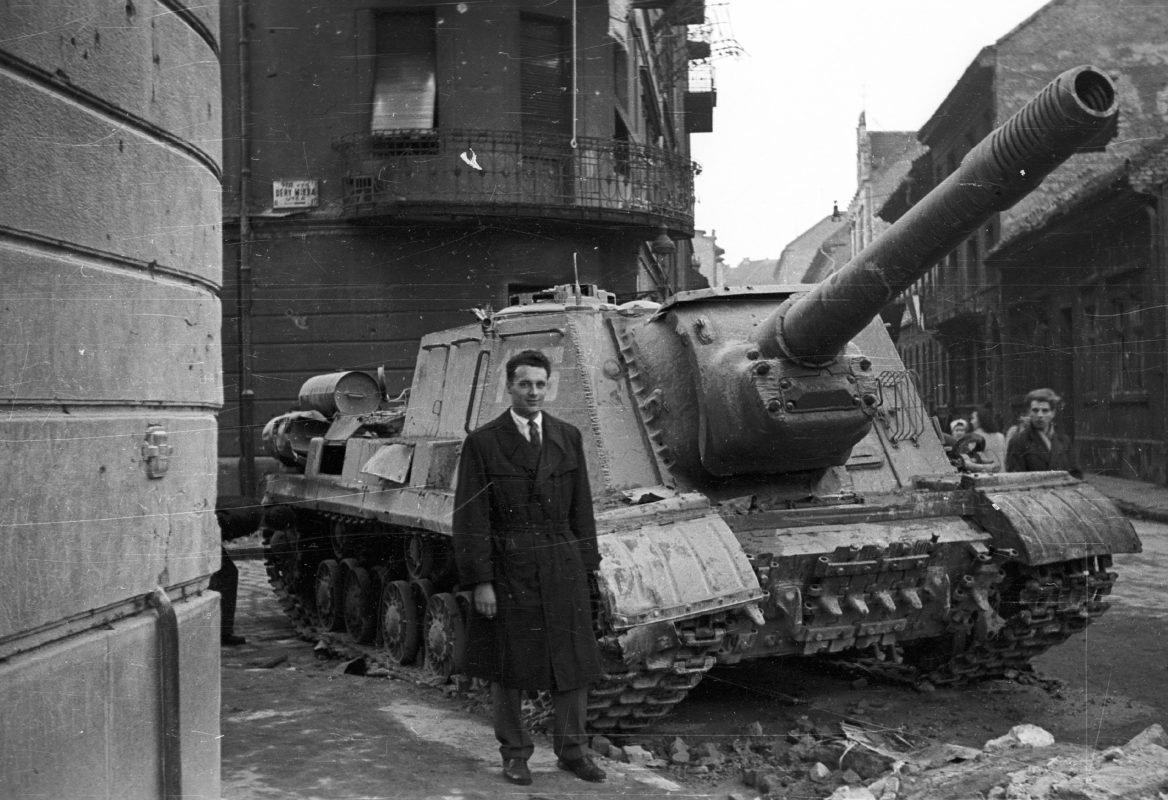 A massive steel hull enclosed a 152.4mm heavy artillery piece inside a turretless casemate. The main gun fired a massive 96-pound high-explosive shell, a 107-pound armor-piercing projectile, or a special-purpose, nearly 125-pound bunker-buster round that could take out heavily-fortified bunkers and enemy emplacements from long range. Each of the massive rounds was a full 6 inches in diameter. A great ISU-152 explainer that gives an impression of the vehicle’s massive size can be seen here.

Though the large ISU-152 sported a heavy artillery cannon, it was intended to serve as an assault gun rather than as mobile artillery. And in this role, it excelled. T

The ISU-152’s casemate front benefitted from 90mm of somewhat sloped armor protection that increased to 120mm at the gun mantlet and afforded the ISU-152 adequate protection from virtually all German anti-tank fire. In combat, the ISU-152 could in some cases advance almost unimpeded very close to enemy strongpoints and train its heavy gun on the enemy to devastating effect.

The ISU-152 was not intended as a tank destroyer and lacked adequate numbers of armor-piercing ammunition. In addition, the 152.4mm main gun lacked the high-velocity characteristics of dedicated anti-armor weapons. But what it lacked in sophistication, it made up for with brute force.

Though the ISU-152’s casemate lacked a turret and therefore complicated aiming specific targets, the assault gun excelled as a tank destroyer, despite a lack of dedicated ammunition and a relatively low rate of fire.

Soviet ISU-152 crews discovered that while their high-explosive ammunition was generally incapable of penetrating German armored vehicles, the 6-inch projectile’s sheer explosive force could rip turrets from tank chassis or cause sufficient spalling within the hull to kill or wound enemy tankers or sufficiently damage the inside of the vehicle.

Post-war, the Soviet Union exported the ISU-152 to a number of allies and Socialist republics, though by the mid-1950s, despite some upgrades to fuel capacity, the ISU-152 became obsolete.