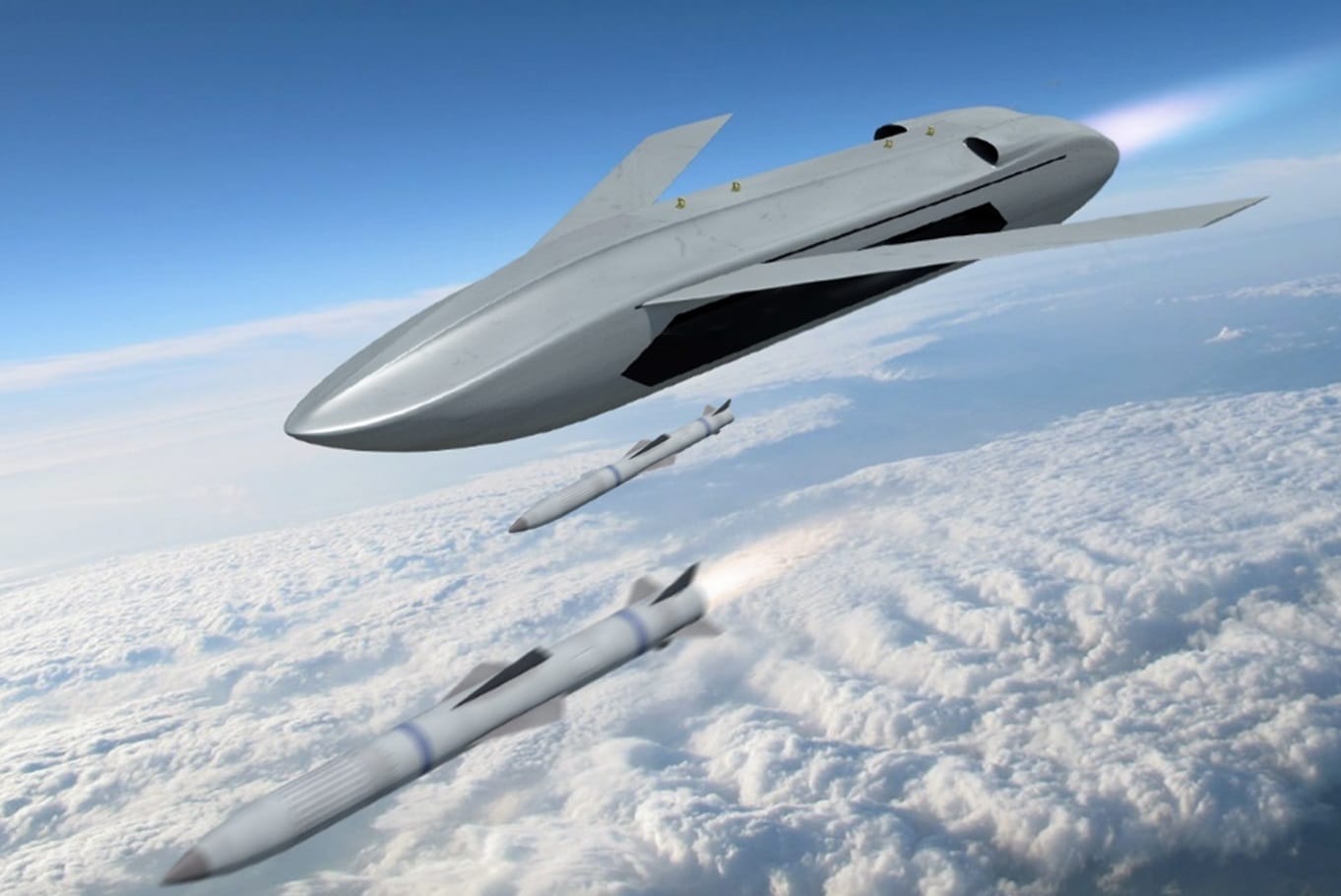 In a recent announcement, the Defense Advanced Research Projects Agency, or DARPA, revealed that it had awarded contracts to General Atomics, Lockheed Martin, and Northrop Grumman to develop an “air-launched unmanned air vehicle (UAV) with the ability to employ multiple air-to-air weapons.”

DARPA envisions the new drone, dubbed LongShot, as a stand-off munition of sorts, able to ferry missiles from a fighter jet or bomber through highly contested airspace that would normally pose a risk to pilot and/or crew.

DARPA explained the LongShort drone as a “novel UAV that can significantly extend engagement ranges, increase mission effectiveness, and reduce the risk to manned aircraft.”

Essentially DARPA wants to take away the risk from human pilots and transfer that to drones. “It is envisioned that LongShot will increase the survivability of manned platforms by allowing them to be at standoff ranges far away from enemy threats,” the DARPA announcement explained, “while an air-launched LongShot UAV efficiently closes the gap to take more effective missile shots.”

An artist’s concept image of the LongShot vehicle attached to the DARPA announcement showed what appeared to be a rocket or perhaps jet-powered UAV flying to the air with two air-to-air rockets deployed. The drone would apparently fly with pop-out wings and may have a somewhat stealthily-contoured fuselage as well. Judging from the LongShot’s size, the intent could be for there to be adequate onboard storage for two to four missiles onboard.

LongShot is just one of several highly advanced drone projects currently in the works. Another project, called Golden Horde, would see groups of semi-autonomous and expendable drones making battlefield decisions on the fly. This group of networked munitions also called a swarm, would hunt together as a group. They’d also be able to self-designate targets based on value — according to their pre-programmed rules of engagement of course.

Though the current award is for a preliminary Phase I design, DARPA ultimately wants the three companies to design and manufacture a full-size prototype “capable of controlled flight, before, during, and after weapon ejection.” If the LongShot project is successful, American airpower will be able to engage from much farther ranges than currently possible.