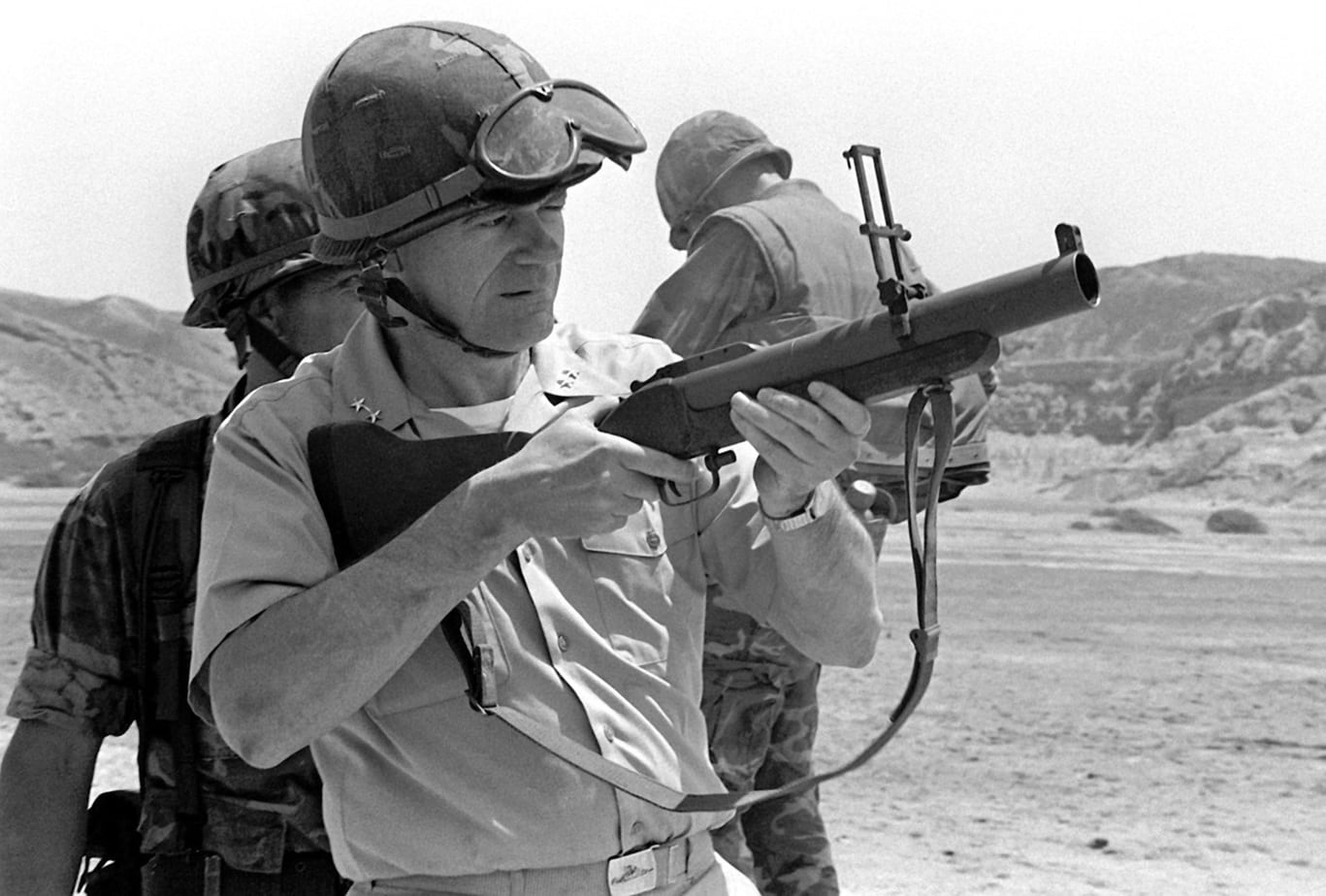 Developed in the early 1960s, the M79 grenade launcher saw use in the Vietnam War – and for those who carried the weapon, it was either instant love or lasting hatred.

The weapon was simple to use. Much like a shotgun, it was a break-open, shoulder-fire weapon that could fire a 40mm grenade. It utilized a “high-low propulsion” launching system that reduced the recoil, yet allowed shooters to launch a grenade upwards of 400 yards, which was far further than a hand grenade could be thrown. The rifled barrel gave the round a right-hand spin, which also ensured accuracy.

The M79 extended the “reach” of an infantryman, and thus bridged the effectiveness between the maximum range of a hand grenade and the minimum range of a mortar. It was more accurate and had a longer range than rifle grenades, and it could also fire grenades that held 2.5 ounces of high explosives, tear gas, pellets, or smokes. Non-lethal crowd control “rubber bullets’ and CS gas grenades were later developed for use with the M79. 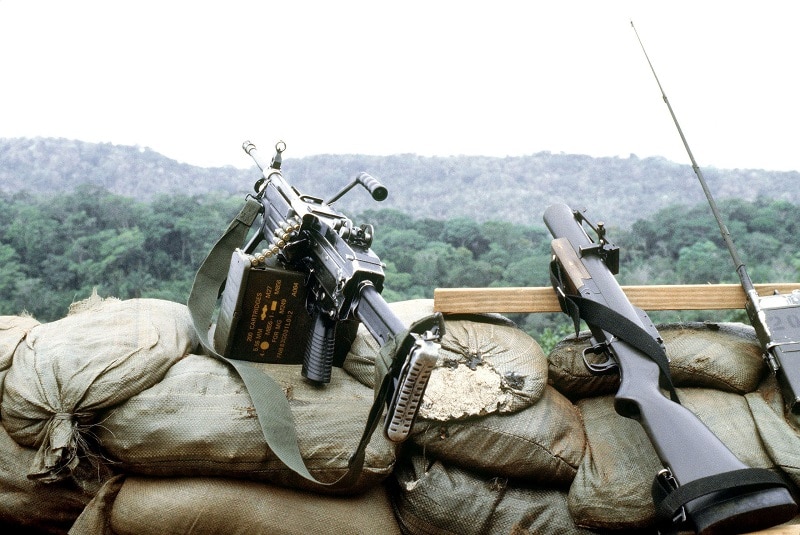 During the Vietnam War, the weapon was typically used by U.S. Army soldiers and U.S. Marines at targets from 150 to 300 yards away, and it also proved effective against Viet Cong bunkers or other fortified positions. A skilled shooter could reportedly hit a man-sized target at a range of 150 yards. While it was intended to be used as a shoulder-fired weapon for direct fire, the M79 also proved effective for indirect fire, where the shooter placed the buttstock on the ground and fired it like a mortar.

When the M79 was fired it produced a distinctive report, which led to its various nicknames including the “Thumper,” “Thump Gun,” “Bloop Tube” and “Blooper.” Australian soldiers also called it the “Wombat gun.”

The downside of the weapon was that its rounds had to travel around 40 yards before arming, which meant that soldiers carrying the M79 had to have a back-up weapon and in Vietnam that usually just meant a sidearm. Additionally, it was a single-shot weapon and had to be reloaded manually, which limited its rate of fire and ability to maintain a constant volume of fire during combat. 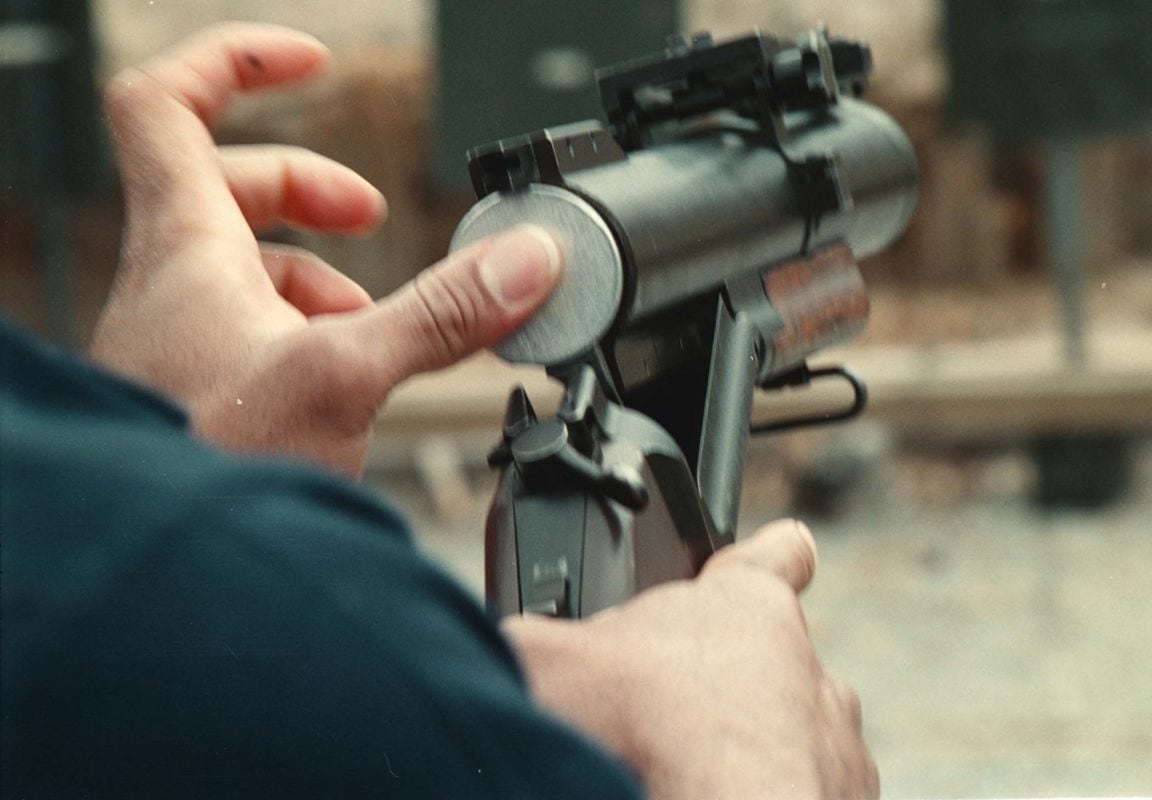 A Coast Guardsmen loads an M-79 with a non-lethal round. The Coast Guard was at Camp Lejeune testing different types of non-lethal weapons.

The M79 was replaced by the M203 underslung launcher, which was used on the standard M16 rifle beginning in 1971. However, the M79 has remained in use with militaries and police forces around the world, and it continues to have fans in the ranks of the U.S. Special Forces, which see it as easy to use and due to the fact that it has greater accuracy and rang when compared to the M203. The M79 proved popular during Operation Iraqi Freedom, where it was used for the clearing of improvised explosive devices (IEDs).