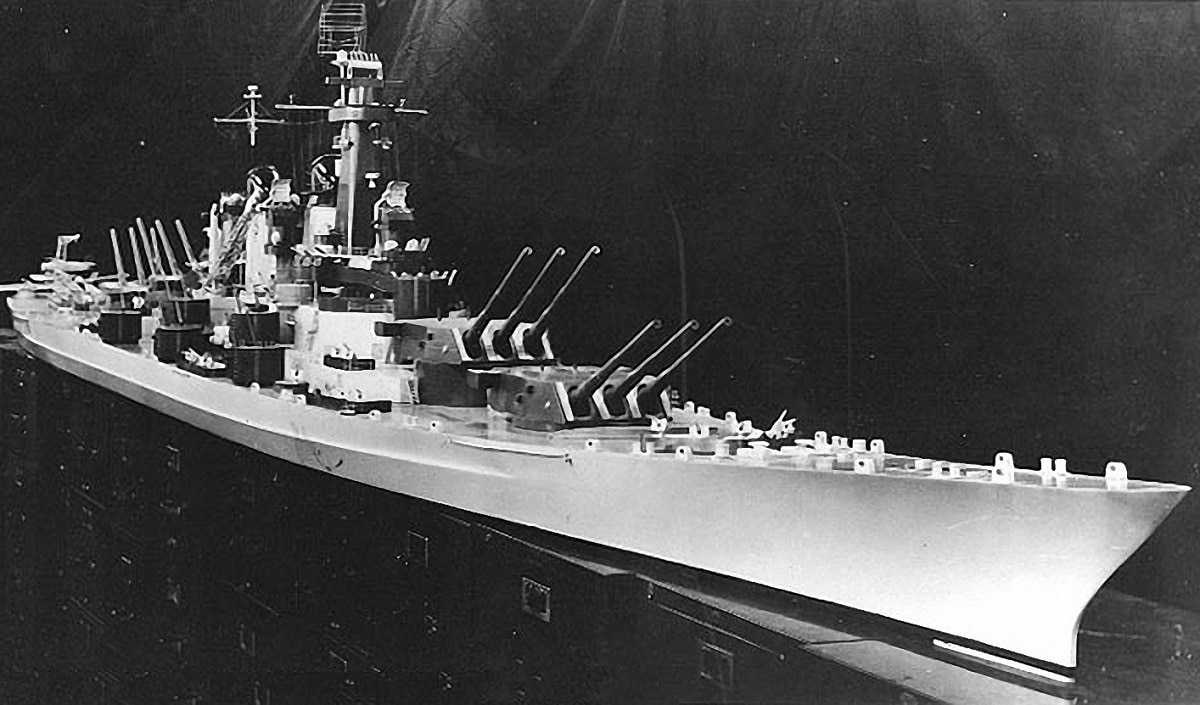 In September 2020, the future Virginia-class fast-attack submarine USS Montana (SSN-794) was christened in a ceremony at Huntington Ingalls Industries (HII) Newport News Shipbuilding Division. Construction of the boat began in 2015, and the submarine is on schedule to be delivered to the U.S. Navy by the end of 2021.

The submarine will be only the second U.S. Navy vessel named in honor of the “Big Sky” state – which is the fourth largest in size but is also the 8th least populous. Previously, only the Tennessee-class cruiser carried the name USS Montana (ACR-13), and while she escorted convoys during the First World War, the vessel was eventually renamed and reclassified as the USS Missoula (CA-13) in the reserve fleet.

However, had an ambitious plan gone forward, the Montana-class of battleships could have been the largest, best protected, and most heavily armed U.S. warships to ever head to sea. Designed to rival the Imperial Japanese Navy’s Yamato-class battleship in terms of sheer tonnage, the project was canceled due to the other wartime priorities.

The Montana-class was authorized under the “Two Ocean Navy” building program, and it was funded in Fiscal Year 1941 (FY41). Nearly a third larger than the preceding Iowa-class, the super-battleship was to be 920 feet in length with a beam of 121 feet. Displacing 60,500 tones – 71,000 tons with its war load – it would have been even larger than the Royal Navy’s HMS Vanguard, the last battleship ever built.

The other warships of the class were to be named for the states of Ohio, Maine, New Hampshire and Louisiana, with construction taking place at the New York Navy Yard in Brooklyn and at the Norfolk Navy Yard in Portsmouth, Virginia

The massive Montana-class vessels would have required a crew that was the size of a small town – with upwards of 2,355 personnel and nearly 2,800 for a flagship of the fleet.

Each was to be armed with a dozen 16-inch guns, three more than the Iowa-class, while the battleships were to be more heavily armored. However, that would have come at some notable costs – and not in terms of the money that was needed. As the Montana-class was to be significantly larger than the Iowa-class it would have also been significantly slower.

That was a major concern after the Royal Navy’s Force-Z warships HMS Prince of Wales and HMS Repulse were sunk off the coast of Singapore in December 1941. Whereas the Iowa-class could keep up with the faster-moving aircraft carriers, the Montana-class may not have – and that could have left the lumbering giants vulnerable or slowed down an entire squadron. Neither was a great option.

There has been a debate as to whether the Montana-class was actually developed to take on the Yamato-class, but the designers had to speculate and guess as to the capabilities of the Imperial Japanese Navy’s flagship. The U.S. Navy actually underestimated the size of Yamato’s guns – and didn’t know about its 18-inch guns until 1944.

However, while a total of five ships of the Montana-class were ordered and those would be the last battleships ordered by the U.S. Navy, none were completed and instead a new focus was put on aircraft carriers and anti-submarine vessels. The program was suspended in May 1942 before a single keel had been laid down, and just over a year later it was formally canceled.

Had construction gone forward, it is doubtful whether Montana-class would have been completed in time to make any difference in the war effort. As the final two Iowa-class vessels were canceled it is unlikely. Even if the ship had been completed before the war’s end, by that time the Imperial Japanese Navy (IJN) had been largely destroyed and it was airpower not the mighty guns of a battleship that proved to be the true “Yamato killers.”