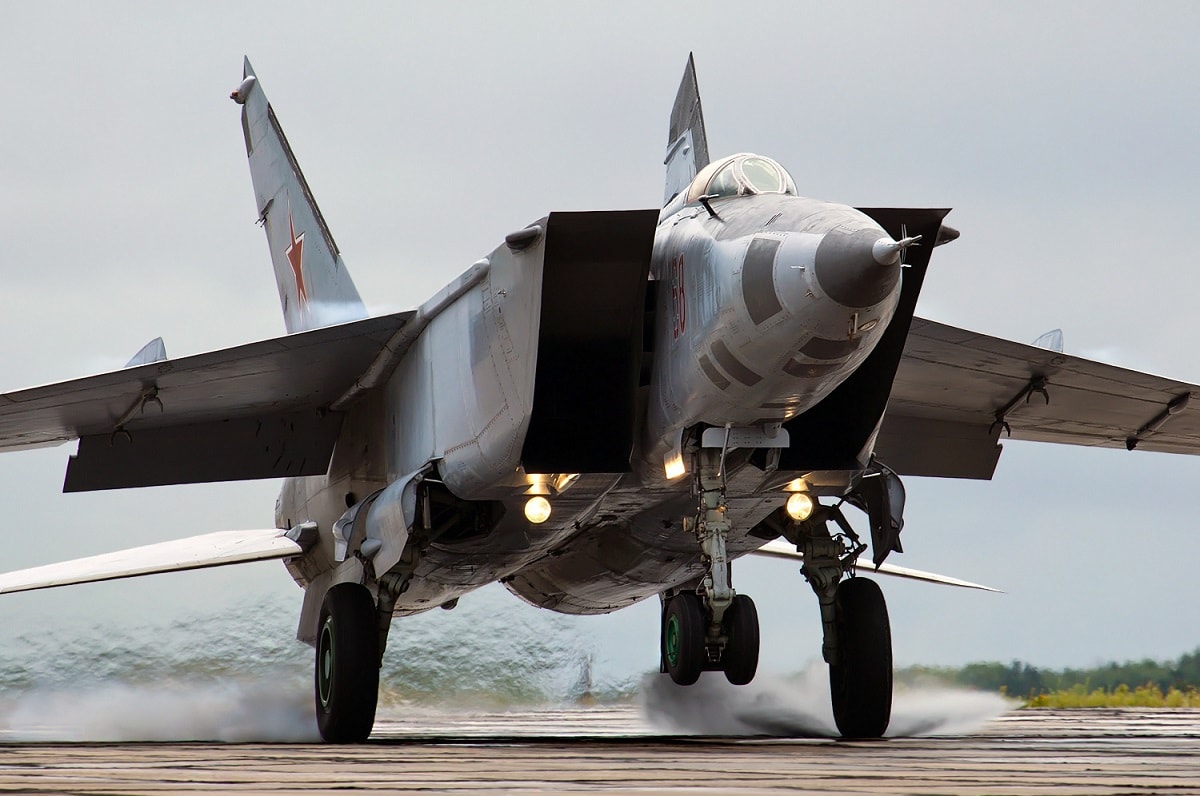 There may be countless fables involving animals, but one for the ages could have been about the Blackbird and the Foxbat. In this case, however, it would have been about a high-flying American reconnaissance aircraft and the interceptor designed to catch it.

However, it wouldn’t be until 1976, when Soviet pilot Viktor Belenko defected in what had been among the Soviet’s most secretive aircraft to the United States via Japan that the capabilities of the Foxbat were understood.

After the United States developed the SR-71 Blackbird, which has remained the fastest production aircraft ever produced, the Soviet Union responded by creating its own supersonic interceptor and reconnaissance aircraft, the Mikoyan-Gurevich MiG-25.

In addition to being the last aircraft designed by Mikhail Gurevich, it was one of the fastest military combat aircraft ever produced. Unlike the SR-71 Blackbird, which relied on speed alone, the MiG-25 Foxbat could reach speeds of Mach 3.2 – albeit with the potential risk to the aircraft and its engine – and still carried four R-40 air-to-air missiles equipped with infrared and radar homing heads to shoot down the Blackbird if necessary.

The west had only become aware of the aircraft when spy satellites picked up a few images of the aircraft being tested in secret, and little was known initially of its capabilities.

It was noted for its size – enormous for a fighter, and it featured massive wings – which later it was learned were necessary due to its weight. But the large wings also generated lift and made the aircraft more nimble, and combined with the FoxBat’s enormous engines it was fast, which the west soon learned. It was in March 1971 that Israel tracked the MiG-25 in the Middle East flying at speeds reaching Mach 3.2. When Israel Air Force fighters attempted to intercept they couldn’t even come close, the BBC reported.

It was also realized that the MiG-25 FoxBat was built as a reaction to the series of U.S. aircraft, including the SR-71 reconnaissance aircraft, but also the F-108 fighter and B-70 bomber. While the XF-108 Rapier and XB-70 Valkyrie were never built, the Soviets had a more than capable interceptor to respond in kind.

Much was still not known about the aircraft.

Then on September 6, 1976, Flight Lieutenant Belenko flew his MiG-25 to an airport on the Japanese island of Hokkaido. It was unlike any aircraft to ever land at the remote airstrip – and Belenko’s defection allowed the west to study the aircraft.

The MiG-25 Foxbat Was Simply Enormous

The MiG-25 was enormous, its size just a few feet shorter than a World War II-era Lancaster bomber. The airframe needed to be big to accommodate the engines. Unlike the Blackbird, which was built out of titanium to withstand the heat generated by the friction at high speeds, the Foxbat was largely built out of steel, which was welded together by hand.

The Foxbat could fly at extreme speeds but in doing so it would risk damage to the airframe and engines. Because of its size, it was easy to track on radar, and when the U.S. took apart the aircraft flown to Japan it was discovered the technology within was antiquated – including vacuum tubes rather than transistors. Likewise, while fast, the MiG-25 had limited range.

Eventually, the Japanese returned the plane – only after it was taken apart with every piece photographed. For the trouble, the Japanese charged the Soviet Union some $40,000 to cover the shipping and the repairs need to the Hakodate airstrip.

Despite the shortfalls with the aircraft, more than 1,100 Foxbats were produced in the 20-year period between 1964 and 1984, and fortunately, the Foxbat never met the Blackbird in the sky.

Peter Suciu is a Michigan-based writer who has contributed to more than four dozen magazines, newspapers and websites. He regularly writes about military small arms, and is the author of several books