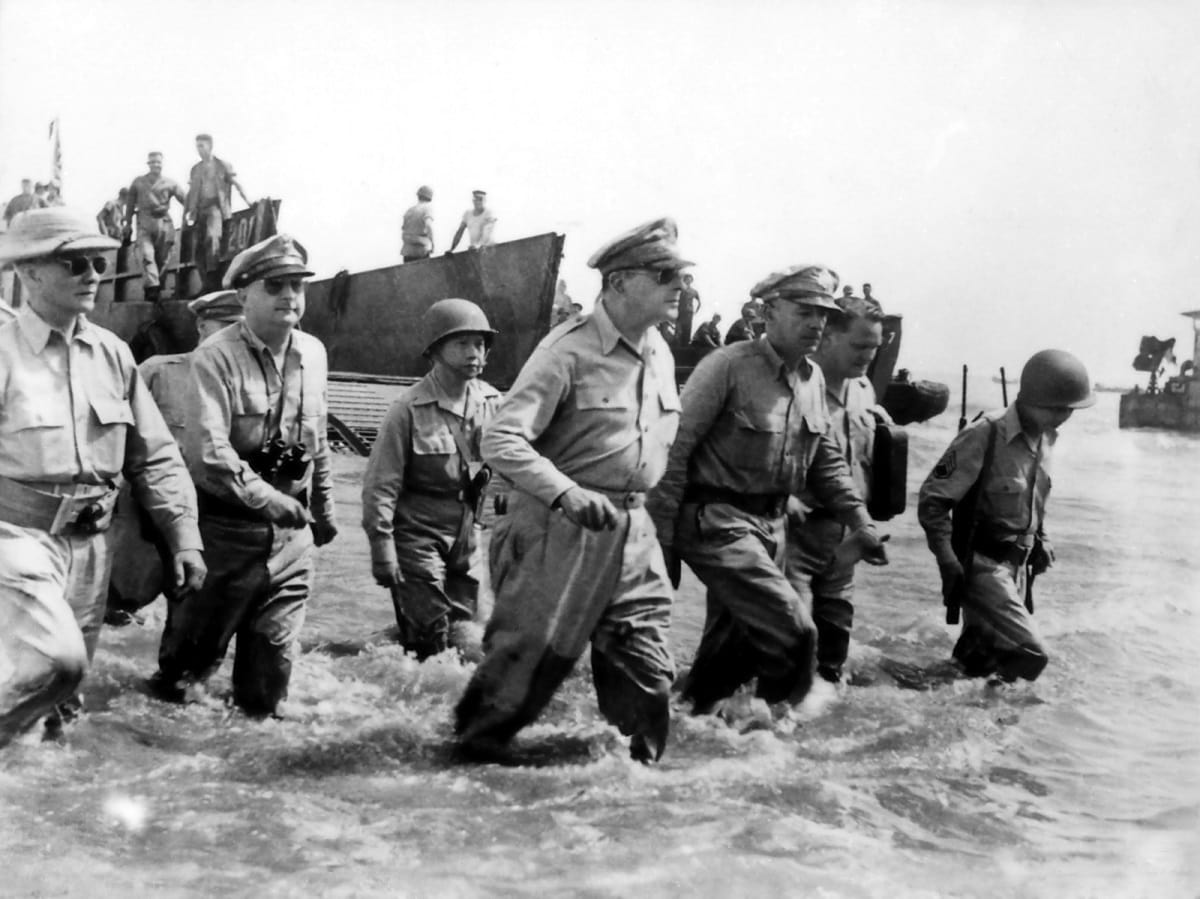 Attacking an enemy-held position by sea is never easy, and during the Second World War, the Allies had to engage the enemy from sea multiple times. Moreover, one reason that Germany was unable to defeat the British in 1940 is that it simply wasn’t capable of mounting an amphibious assault.

As history has shown these are truly monumental endeavors that involve more than just a day at the beachhead. Here is what I would are the largest amphibious invasions of the 20th century:

The Battle of Inchon 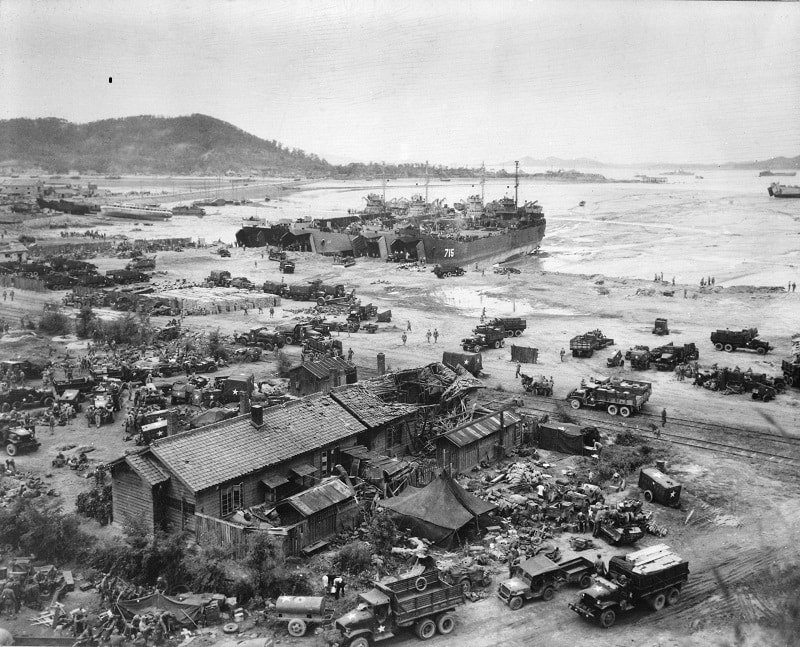 World War II wasn’t the only war where amphibious assaults were necessary, and ranking among the largest landings of troops in military history was the Battle of Inchon during the Korean War. On Sept. 15, 1950, the United States Marine Corps took part in a surprise assault at the strategic port of Inchon on the west coast of the Korean Peninsula about 25 miles from Seoul. It involved some 75,000 U.S. troops and 261 naval ships.

The location had been criticized as being far from ideal for a landing, but United Nations (UN) Supreme Commander Douglas MacArthur went ahead with the bold assault. In doing so the American-led UN force broke the North Korean supply lines and pushed inland and liberated Seoul.

Invasion of the Philippines 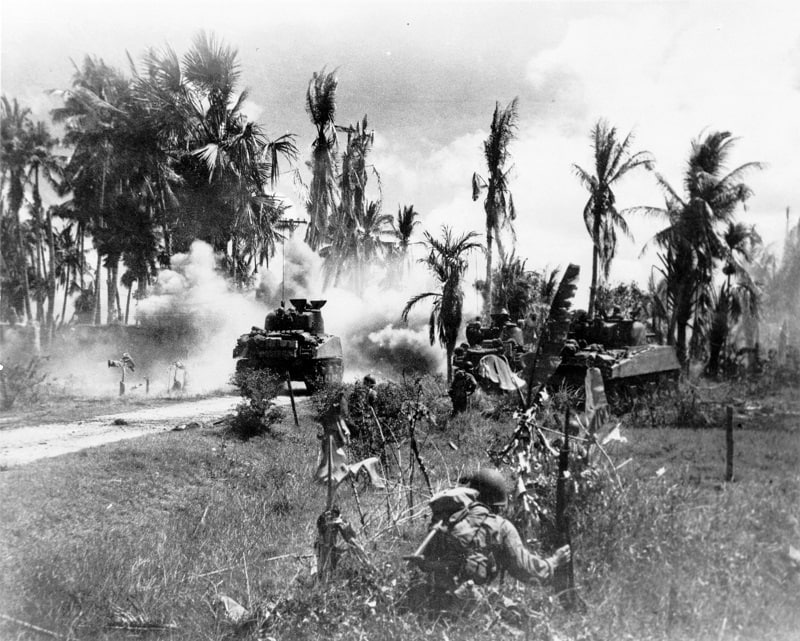 Troops of the 185th Inf., 40th Div., take cover behind advancing tanks while moving up on Japanese positions on Panay Island, P.I. This is one of the shots salvaged from the camera of Lt. Robert Fields who was killed in action shortly after it was taken.

It may have been more than luck that was in MacArthur’s favor at Inchon, as he had led another massive invasion during the Second World War when he sought to retake the Philippines from the Japanese. MacArthur had been ordered by President Franklin Roosevelt to abandon the Philippines in March 1942, and he vowed to return.

Some in the U.S. military sought to bypass the Philippines, but MacArthur was determined to keep his vow and on October 20, 1944, the U.S. Navy landed four Sixth Army divisions ashore on Leyte. Later that day, the general made his radio message to the Filipino people, “I have returned.” The Army encountered little resistance from the enemy along the shore, but their progress was soon slowed by the lack of supplies and jungle conditions. It took until the end of 1944 for Leyte to be secured.

Moreover, the Japanese didn’t give up the Philippines without a fight, and the response the day after the initial landings resulted in World War II’s largest sea battle, the multi-pronged Battle of Leyte Gulf. 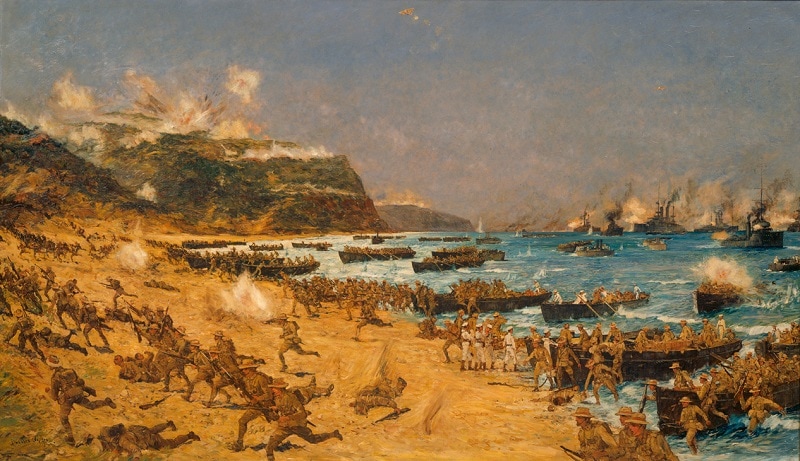 What was supposed to be a quick campaign to knock the Ottoman Empire out of the First World War soon became like so many other senseless offenses during that tragic war, a futile attempt to break out with massive losses on both sides and little ground changing hands. After failing to mount a naval assault on the Ottoman capital of Constantinople, in April 1915 the British and French mounted what was at that time the most ambitious assault ever in modern history on the Gallipoli peninsula.

After failing to secure the first day’s objectives, the British, as well as the Australian and New Zealand (ANZAC), forces dug in. From April to December numerous attempts were made to break out as more and more men were poured into the campaign, and that included additional landings to break the Turkish lines. The soldiers on both sides suffered – from heat in the summer months to extreme cold as winter set in. Finally, in December the Allies began to evacuate and that has been seen as the greatest success of the entire folly. Using a variety of deceptive tactics, including bombardment to think an offensive was being mounted to rifles equipped with a clever water-drip system that remotely fired the guns, nearly the entire Allied force snuck away in the dead of night. By the time the campaign concluded the Allies suffered more than 100,000 casualties, while the Ottomans suffered double. 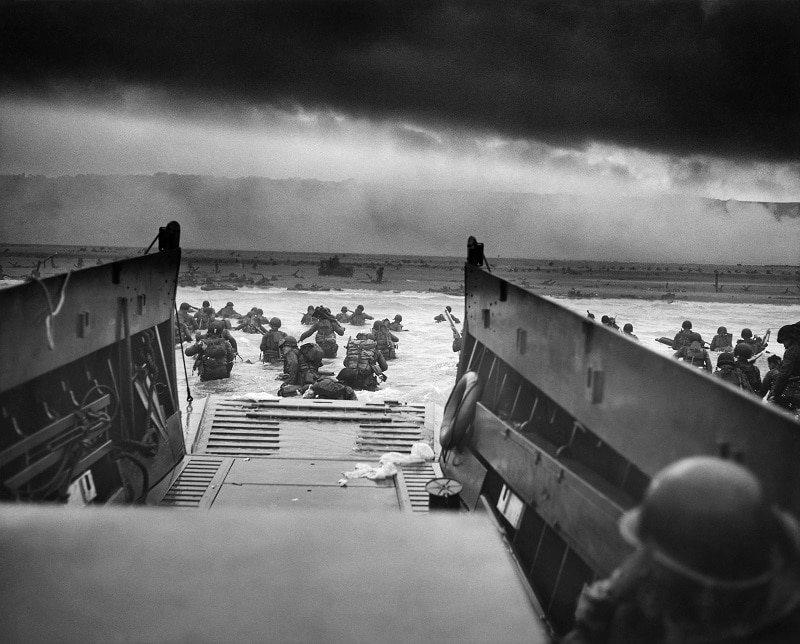 Operation Neptune, the codename for the Normandy Landings on June 6, 1944, was just part of the larger Operation Overlord, the invasion of France. Approximately 156,000 Allied troops made the landings at Gold, Juno, Sword, Omaha, and Utah beaches.

By June 11, more than 326,000 troops, 50,000 vehicles, and 100,000 tons of equipment had landed on the beaches secured in the first day of fighting. In the weeks that followed, the Allies successfully seized the vital port of Cherbourg and were able to land approximately 850,000 men and 150,000 vehicles in Normandy, and they were crucial to breaking out and liberating France and the rest of Western Europe. It all began on June 6. 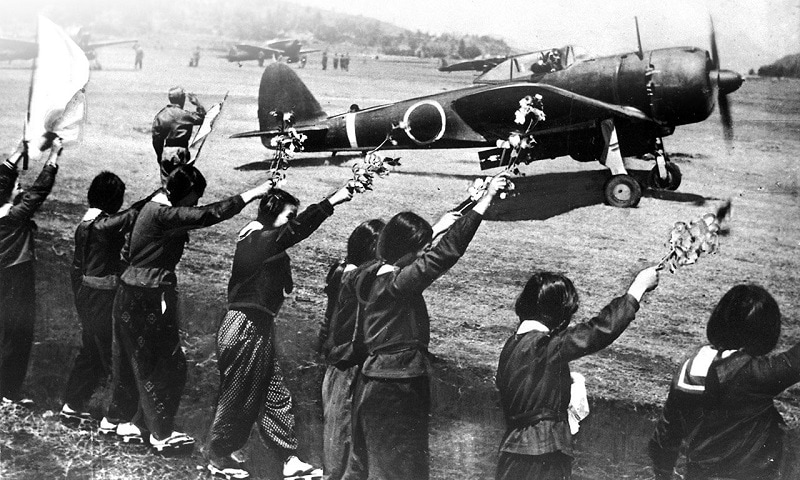 Where the Normandy Landings took place in one day followed by fighting largely in-land, in the Pacific nearly a year later Operation Iceberg, the invasion of Okinawa, was an even larger undertaking that lasted months. It was the largest amphibious landing in the Pacific Theater and it lasted 80 days, beginning on April 1, 1945, when two U.S. Marine Corps and two U.S. Army divisions landed abreast on Okinawa.

The Allies had cut off of the Japanese entirely and for nearly three months laded reinforcements by sea, but the defenders fought for every inch of the island. It resulted in some of the fiercest and bloodiest fighting in the Pacific campaign, earning the nickname “Typhoon of Steel.”