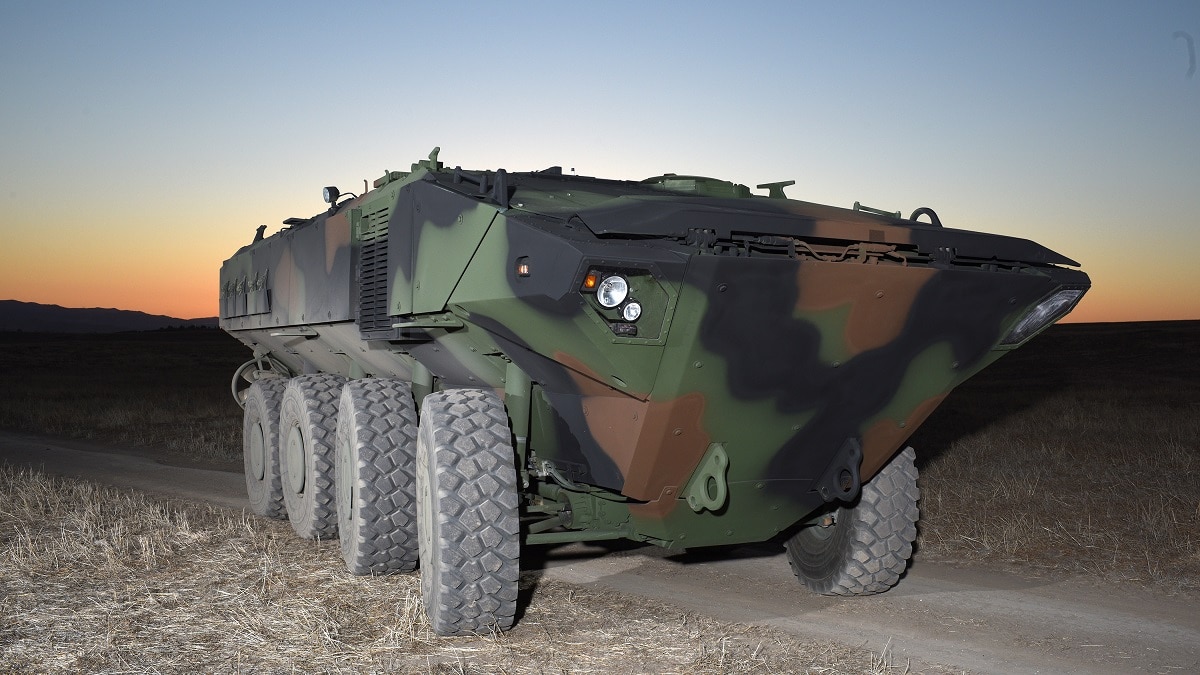 BAE Systems, the firm behind the United States Marine Corps’ Amphibious Combat Vehicle, just got the go-ahead to build more of the new system, according to a BAE press release.

The Corps awarded BAE $184 million for 36 additional ACVs, and brings the total number of full-rate production vehicles to 72, a deal that covers testing equipment and spare parts.

BAE’s new Amphibious Combat Vehicle replaces the Corps’ similarly named Assault Amphibious Vehicle. The legacy AAV platform has been in service with the Marine Corps for nearly half a century, since the early 1970s. And while it provided a valuable ship-to-shore capability — of crucial importance to the Corps given their amphibious ability — it had since grown long in the tooth, necessitating a replacement.

Unlike the AAV, the newer ACV platform forwent a tracked design, opting instead for a wheeled 8×8 wheeled layout. It does however retain the AAV’s amphibious capability and features dual water thrusters at the hull rear, as well as a rear-opening egress and ingress hatch.

Still, the ACV has faced criticism from both inside and outside the Marine Corps. One of the chief points brought up against the ACV is the new platform’s relatively slow speed while in the water. Compounding the ACV’s speed issue, is its range in the water compared to proliferating anti-ship missile threats, which have significantly outpaced the vehicle.

The Marine Corps attempted to answer this, and other criticisms in an insightful Q&A-style document, explaining that the ACV in its current form is not the final vehicle design, but that subsequent ACVs will incorporate incremental design changes for improvements in mobility, lethality, and survivability.

Along with the standard ship-to-shore fighting vehicle variant which can carry 13 fully-armed Marines, the Corps has also tapped BAE to manufacture a command variant with robust C4I (Command, Control, Communications, Computers, and Intelligence) capabilities, and has reportedly toyed with augmenting ACVs with electronic warfare and surveillance/reconnaissance capabilities as well.

The Corps would also like to see their ACVs have superior firepower when compared to the legacy AAV, which sported a .50 caliber heavy machine gun as well as a 40mm automatic grenade launcher, both housed in a small turret. One option would be to mate a 30mm chain gun to the newer ACV, possibly in a setup similar to that being explored for the JLTV. BAE also reports that the Corps has plans for a recovery variant as well.

So, despite the valid concerns raised that concern speed in the water and survivability, the Corps’ incremental improvement approach will in all likelihood address these issues. And, with a variant armed with a 30mm cannon on the way, there won’t be many things that could stand in the ACV’s way.