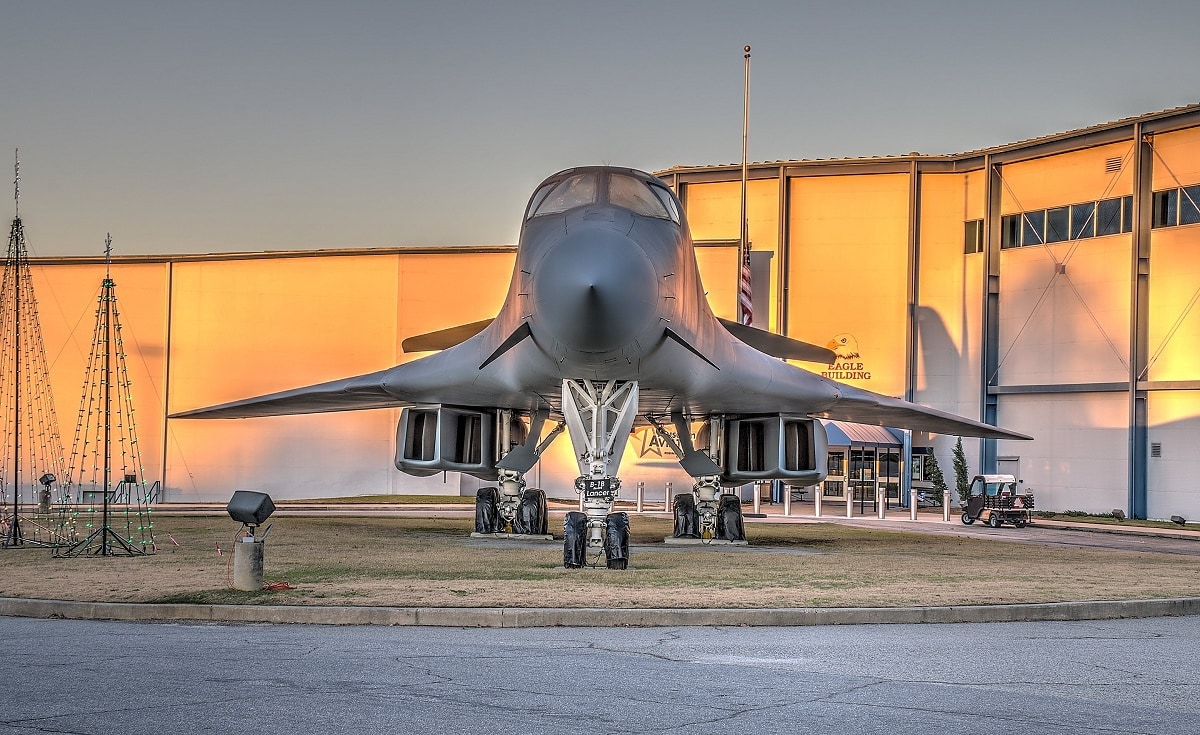 B-1B at the Museum of Aviation, Robins AFB.

The United States Air Force has tested ways that the Cold War-era Boeing B-1B Lancer could be used to carry hypersonic weapons externally. External pylons were originally designed for use on the B-1s but were later scrapped to comply with the Strategic Arms Reduction Treaty (START). Recently the Air Force has taken the opinion that the return to the use of external hardpoints would not violate the New START agreement.

While the B-1 was originally designed for nuclear capabilities, the aircraft were switched exclusively to a conventional combat role in the mid-1990s under the Conventional Mission Upgrade Program. This was brought on by the collapse of the Soviet Union and the end of the Cold War – and President George H.W. Bush ordered the $3 billion refit, which included the removal of nuclear arming and fuzing hardware – while provision under the New START treaty additional modifications were further made to prevent nuclear weapon pylons from being attached to the aircraft. The conversion process was completed by 2011, and Russian officials have been allowed to inspect the aircraft yearly to verify compliance.

The conventional upgrade program included a series of upgrades: Block C, which was completed in 1997 gave the aircraft the capability to drop cluster bombs; Block D, completed in June 2001 included the deployment of the JDAM defensive system, new navigation and communications systems; while the Block E, which was completed in September 2006, added capability to deploy joint stand-off weapons (JSOW) and joint air-to-surface stand-off missiles (JASSM). An additional Block F, which included the defensive system upgrade program (DSUP), was terminated. 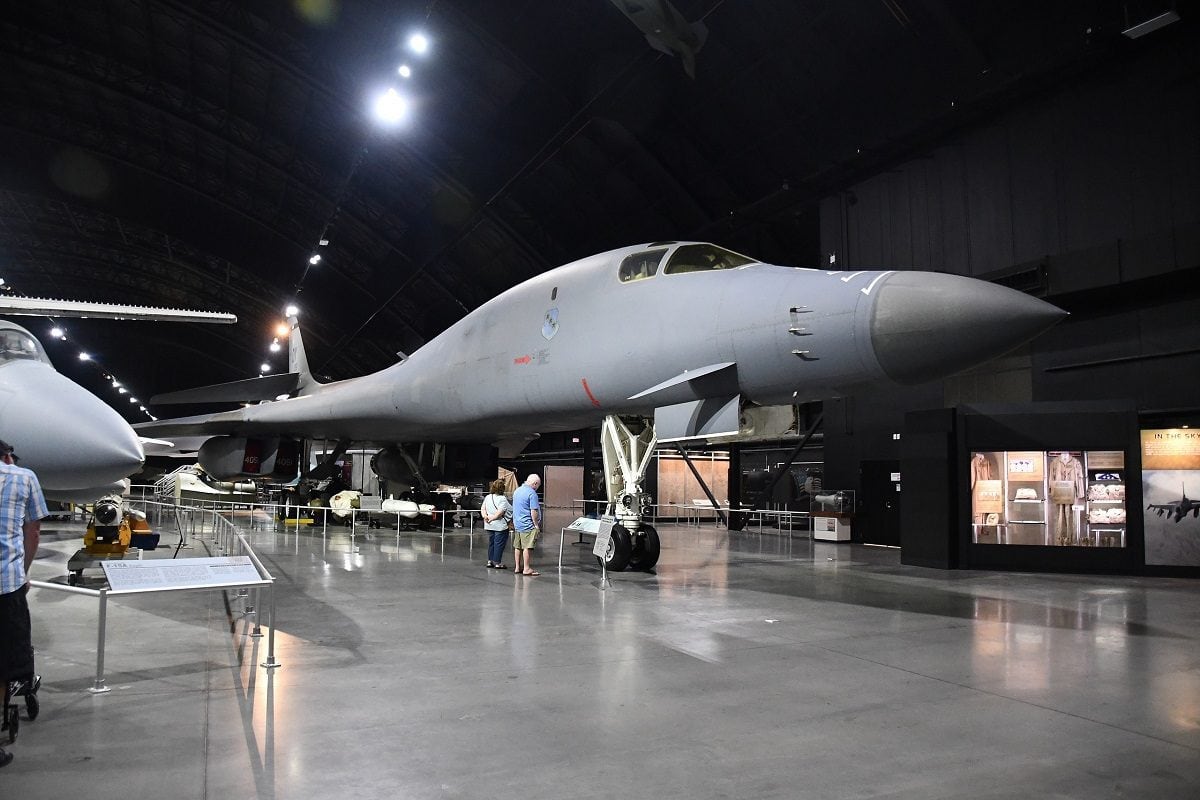 B-1B at the National Museum of the USAF, Dayton, OH.

The aging aircraft have put in a lot of miles, and B-1s have been nearly continuously deployed in combat operations over Afghanistan and Iraq since 2001.

The Air Force maintains a fleet of just 62 B-1s, and today the Lancers remain part of the service’s spearhead – and continue to effectively address the threats in an ever-changing world.