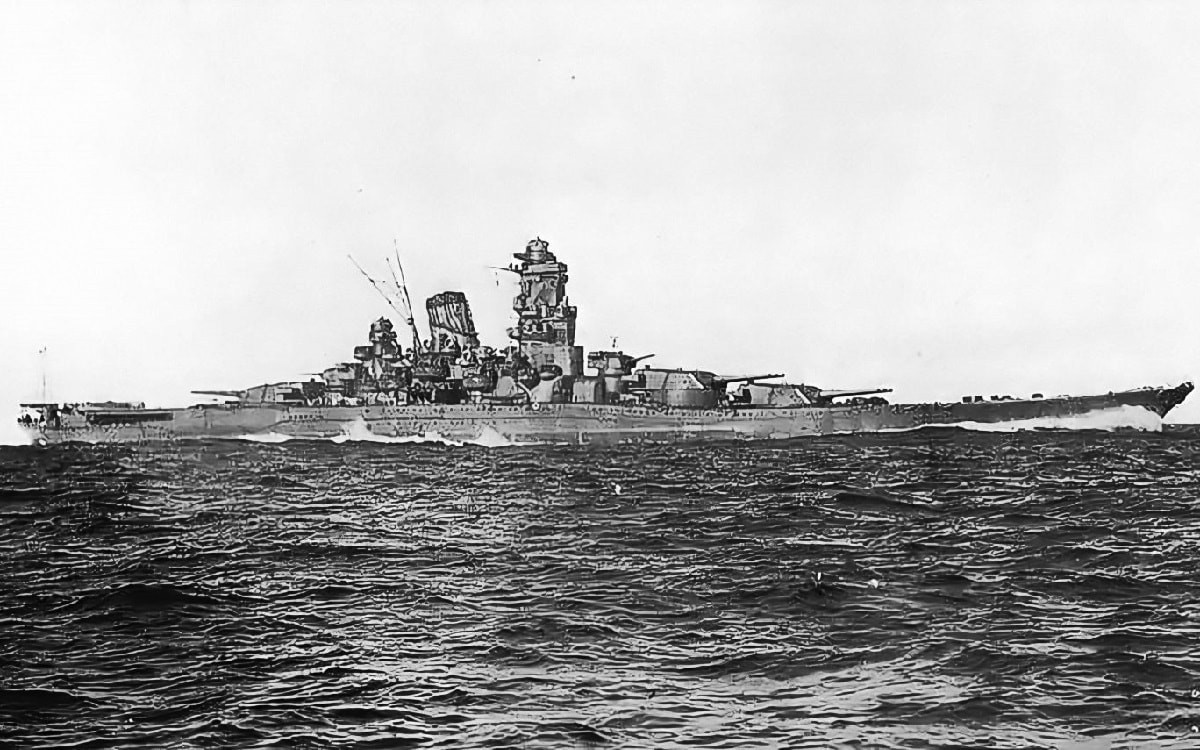 During the Second World War, the Imperial Japanese Navy (IJN) battleships Yamato and Musashi spent much of their short carriers in naval bases due to the threat from American submarines and aircraft carriers.

The largest battleships ever completed, the two were part of a class of five planned warships – but even by the time they entered service, it was clear the age of the massive battleship was coming to an end.

Yamato-class: The Makings of a Monster

Development on the class of super-battleship began in secret before Japan refused to recognize the Washington Treaty of December 1934, while construction was part of the nation’s massive naval rearmament plan that began in 1937. As the first new battleship class built in Japan since the First World War, Yamato was a major leap forward.

The battleship was the first to utilize 18.1-inch guns and was the first Japanese warship to carry triple turrets for its main guns.

The turrets were the most advanced designs of any navy at the time and the most heavily armored as well – at more than 13 feet in height and with frontal armor more than 25 inches thick, each was reported to be heavier than a destroyer.

Designed to take on any enemy warship, the Yamato and Musashi each had about 23,000 tons of armor, which was maximized in the areas that needed it the most, whereas it was minimized in less vulnerable areas. Additionally, the warships were designed to protect against threats below the waterline, while extensive compartmentalization was meant to keep the hull watertight and buoyant. It was expected that the battleships could withstand a torpedo strike and maintain an even keel. 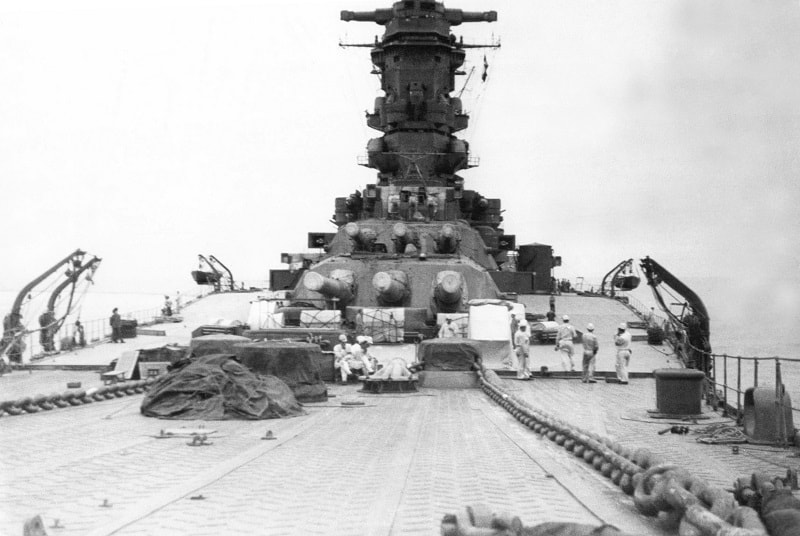 Despite the size of the battleships, the Yamato-class vessels were not slow lumbering warships but were able to reach speeds of 27.5 knots thanks to its hydrodynamic hull. Slower than Germany’s Bismarck or Great Britain’s King George V – which could reach 30 knots and 28 knots respectively – Yamato was not sluggish in the water. The larger powerplant of Musashi even allowed the second of the class to reach 28 knots when needed.

In addition to the main massive guns, the secondary armament of the Yamato-class consisted of four triple 6.1-inch guns, as well as 250mm guns. Not an aircraft carrier in any sense of the word, the Japanese warships were still designed to carry up to seven aircraft in the large hanger bays in the stern. The Aichi E13As and Mitsubishi F1Ms airplanes, which were used primarily for spotting and reconnaissance, could be launched from two catapults.

Was the Yamato-class Obsolete From the Start?

It was clear by the early 1920s that even the primitive aircraft of the time armed with crude bombs or torpedoes could sink a heavily armed battleship. By the 1930s and into the early years of World War II, naval experts were slowly coming to the conclusion that the age of the battleship was over. The sinking of the battleship Prince of Wales, the attack on Pearl Harbor, and several other engagements made this point crystal clear.

Nonetheless, that didn’t mean the Yamato-class could not take a beating or dish out punishment. Musashi took some 36 hits including 17 bombs and 19 torpedoes at the Battle of Leyte Gulf in October 1944, while Yamato was sunk after being hit less than 20 times during Operation Ten-Go. Had the Japanese employed the ships earlier in the war when they had the aircraft to protect them, the battleships may have helped with the Japanese war effort. 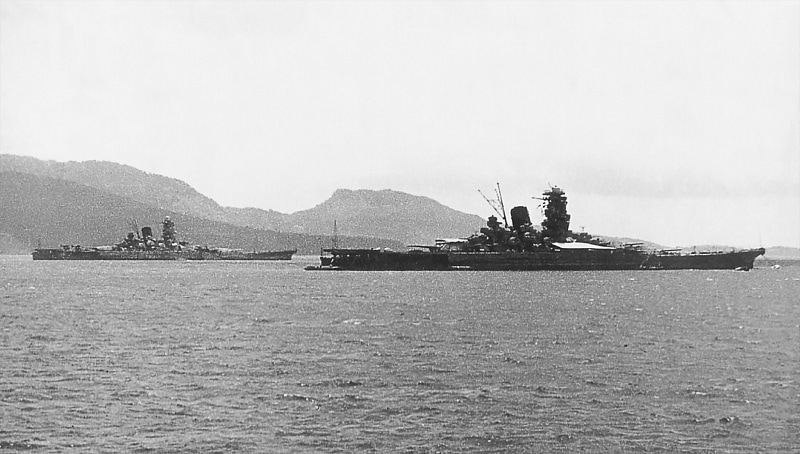 Yamato and Musashi anchored in the waters off of the Truk Islands in 1943.

Instead, the ships were kept back until each was able to do too little, and neither was able to successfully fend off late-war American strike aircraft including the Curtiss SB2C Helldiver and Grumman TBF Avenger. Musashi was sunk with a loss of 1,023 of her 2,399-man crew, while more than 3,000 of the Yamato‘s 3,332-man crew were lost along with fleet commander Vice-Admiral Seiichi Itō.