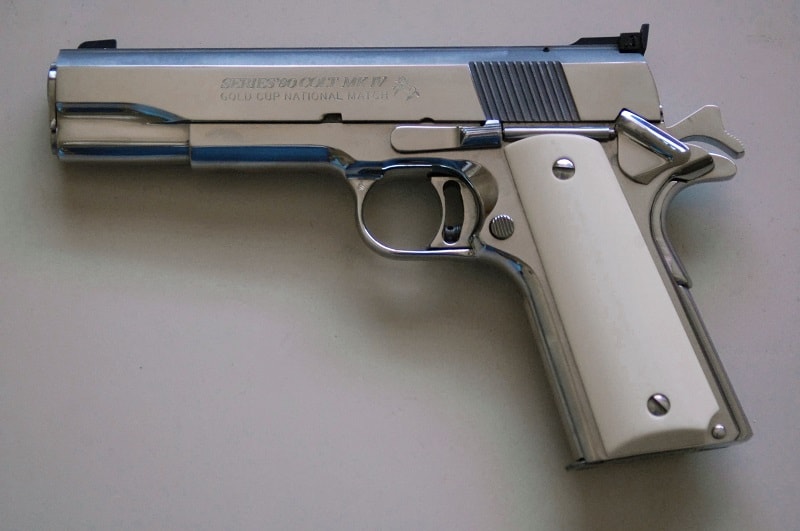 Last week, eight Republican lawmakers in the House of Representatives joined nearly every Democrat in supporting legislation that was aimed at strengthening background checks in all firearms sales and transfers. The “Bipartisan Background Checks Act of 2021” passed in a vote of 227 to 203 with only a single Democrat, Rep. Jared Golden of Maine, casting a vote against it.

If it passes the Senate and is signed into law by President Biden, it would result in new background check requirements for all gun transfers conducted by private parties.

As it currently stands, unlicensed or “private sellers” are not required to conduct a background check for transfers on firearms, and this includes sales made at gun shows – which has resulted in opponents of such transactions calling this the “gun show loophole,” and additionally have argued this is how many criminals obtain their firearms. All licensed dealers, including those who sell at gun shows, are in fact required to conduct a background check.

The majority of Republican lawmakers pushed back against the measure and argued that it would result in an infringement on American citizens’ constitutional rights. They have further warned that it could hinder abuse victims from obtaining a firearm for protection. Proponents said they believed the measure would curb gun violence and keep firearms from being obtained by criminals.

“I believe that in order to curb evildoers from having access to firearms, we have to be willing to make some changes for the greater good,” explained Rep. Adam Kinzinger (R-Ill.), one of the eight GOP representatives to support the bill.

“This legislation by itself will not stop violence,” added Kinszinger. “It will help, but the core of our issues cannot be changed by laws. We cannot detect or deter evil by legislating. Accepting the reality that this evil exists is part of it, as well as holding those who commit these crimes accountable.”

Kinzinger, who in the past has said he is a supporter of the Second Amendment, argued that the bill will add precautions to reduce gun violence, while it won’t stop law-abiding citizens from obtaining a firearm.

“In the face of the evil that threatens the fabric of what this nation stands for, we must unite and stand against such hatred,” Kinzinger noted. “It’s why I took this vote today, making a choice to work towards a better tomorrow for our children and the future of this country.”

Fitzpatrick, Smith and Upton were co-sponsors of the legislation.

Additionally, Fitzpatrick and Smith both supported the Enhanced Background Checks Act, which was introduced by House Majority Whip James Clyburn (D-S.C.). It would close the so-called “Charleston loophole,” which provides that if the current national background check system is not immediately able to determine if a buyer is able to legally obtain a firearm, and the FBI does not conduct an investigation within three days, the seller is allowed to proceed with a sale. The bill extends the initial background check review period to ten days. While the two Republicans supported it, two Democrats were opposed.

Both bills could still have an uphill fight in the Senate, even as the Majority Leader Chuck Schumer (D-N.Y.) has vowed to put the background check legislation on the floor despite opposition. When the GOP controlled the upper chamber, then-Majority Leader Mitch McConnell (R-Ky.) blocked the legislation.

Sen. Chris Murphy (D-Conn.) has even predicted that some Republicans could support the bill, but it is likely some more conservative Democrats wouldn’t support more restrictions on firearms and would join any Republican opposition.