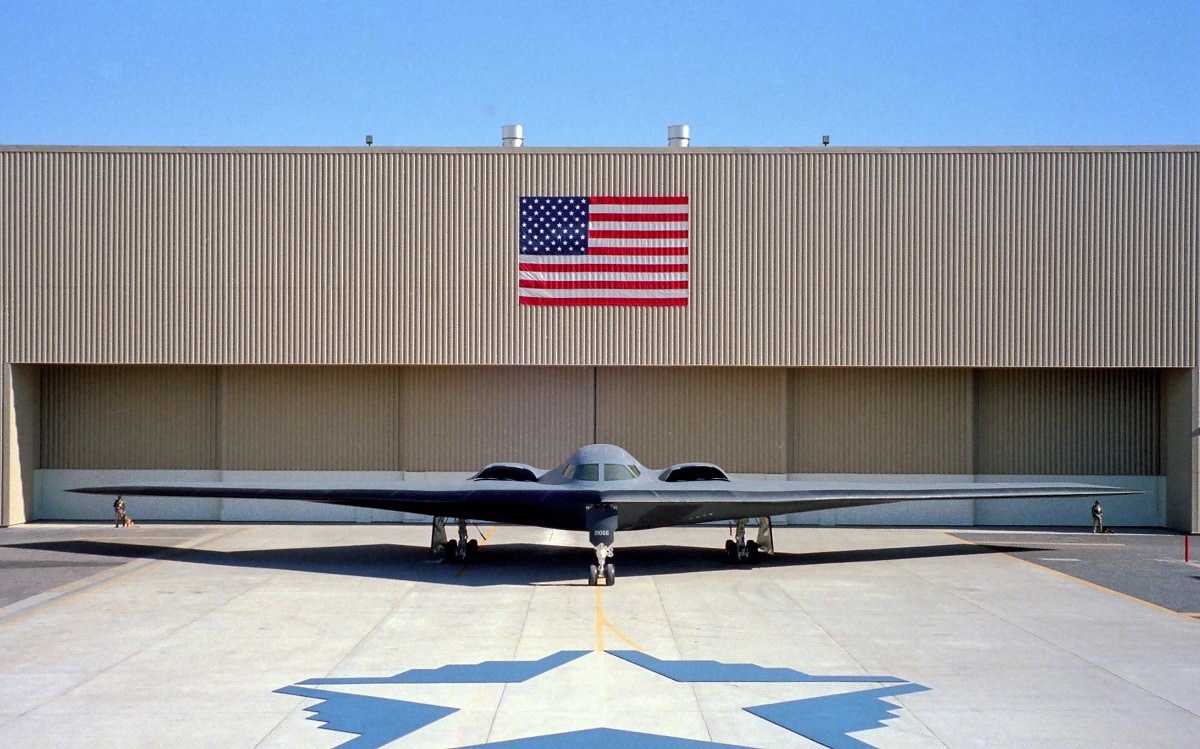 The B-2's first public display in 1988 at Palmdale, California: in front of the B-2 is a star shape formed with five B-2 silhouettes

It seems that some of the Air Force’s B-2 Spirit stealth bomber parts may have gone missing. A notice on the U.S. federal contracting website reads as follows:

Though the term “reverse engineer” is usually associated with Chinese or Russian work to steal technology from the United States, it seems that the Air Force may have to reverse engineer parts of their own equipment.

The why remains unclear. It could be that the blueprints related to this particular B-2 bomber component were misplaced, at least according to one recent article. As the last B-2 rolled off assembly lines in 2000, it could also be that the tooling needed to manufacture the B-2’s heat exchangers no longer exists. It may also be possible that the company that originally contracted to manufacture that part may no longer exist either.

In any case, it may matter less and less as time moves on. A huge change is already underway in the Air Force, a change that would see several bombers entering retirement as the flying branch’s new stealth bomber approaches its first flight and prepares to enter full production.

The Air Force recently retired the first 17 of their B-1B bombers, a Cold War-era bomber that was originally designed to penetrate Soviet air defense at low altitudes. Though the bomber’s low and fast flight profile was made moot by Soviet look-down radars before it even entered production, the bomber was nonetheless manufactured as no viable alternative existed to replaces some of the United States other aging bombers. Oddly enough, the B-1B Lancer bomber enjoyed a renaissance of sorts during the conflict in Afghanistan as a rapid-response close air support platform, able to aid troops on the ground at a moment’s notice.

The Air Force’s newest bomber, the B-21 Raider, will enter the skies sometime in the mid-to-late-2020s, and given that platform’s stealth advantage over the B-2, will likely take over the older stealth bomber’s role sometime around then. And at that point, it will be increasingly less important to have spare parts for the stealthy bird.