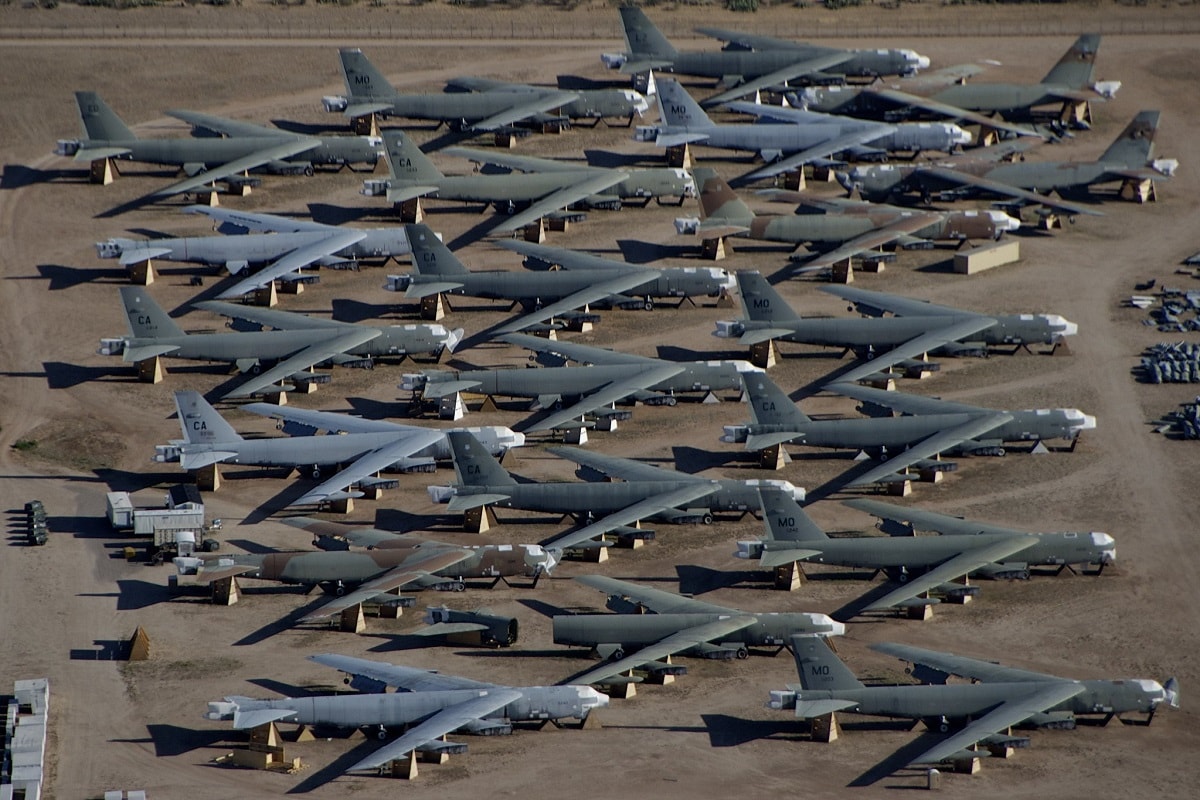 There have been plenty of films – many that star Sylvester Stallone or Arnold Schwarzenegger – that tell of a retired and aging veteran called back to military service, yet in reality, it probably doesn’t happen all that much. However, it isn’t that uncommon for older military hardware to return to service after being mothballed or sent out to the not-so proverbial pasture.

The Bomber That Won’t Die

In the case of military aircraft, there is the “Boneyard,” located at Davis-Monthan Air Force Base (AFB) where retired aircraft are in fact preserved for such occasions. This month Minot AFB, N.D. announced that a once-retired B-52 will soon be back in action and flying high again. The strategic bomber, nicknamed “Wise Guy,” has been brought back from retirement and “resurrected” for service at the base.

Minot AFB’s public affairs unit released a video on social media of Wise Guy’s arrival of the base on March 9 and noted that it will replace another B-52 that had been destroyed in a fire in Guam.

Despite the facility’s name, aircraft sent to the Boneyard don’t actually slowly return to the ground from which they came. Rather the aircraft are monitored and maintained accordingly.

“When they’re in storage like that they have an entire group that does all of the required inspections and servicing down there, so they are extremely well taken care of. That environment is extremely kind to the aircraft, the air frames,” Chief Master Sgt. Ryan Thompson, 69th Aircraft Maintenance Unit superintendent, said in a statement as reported by KFYR, the local Fox TV affiliate.

How a B-52 Comes Back from the Dead

It is not a quick process however to get the aircraft sent to the Boneyard back in flying condition. It doesn’t help matters that Wise Guy, which was produced in 1960, is far older than the crews that will be flying the old warbird. It already had more than 17,000 flight hours in addition to the decade it spent in the desert. Additionally, while in storage it didn’t receive the typical upgrades of other B-52s that were still in service.

It was in rough shape according to The Aviation Geek, which reported Wise Guy had cracks in the rear landing gear and was missing two of its engines. However, a team of experts was able to address the issues and return the aircraft to top condition, and throughout the efforts there were teams of 13 to 20 maintainers working on it at various times.

With its arrival at Minot, the aircraft will receive a few more final tweaks over the next few weeks and then it will be mission ready.

“It’s a great day just seeing her back,” added Thompson. “She was a great aircraft when we were working on her down at AMARC, and finally the realization of the whole process is a very proud moment for everyone that was a part of it.”

In this article:Air Force, B-52, B-52 Boneyard, History, Military