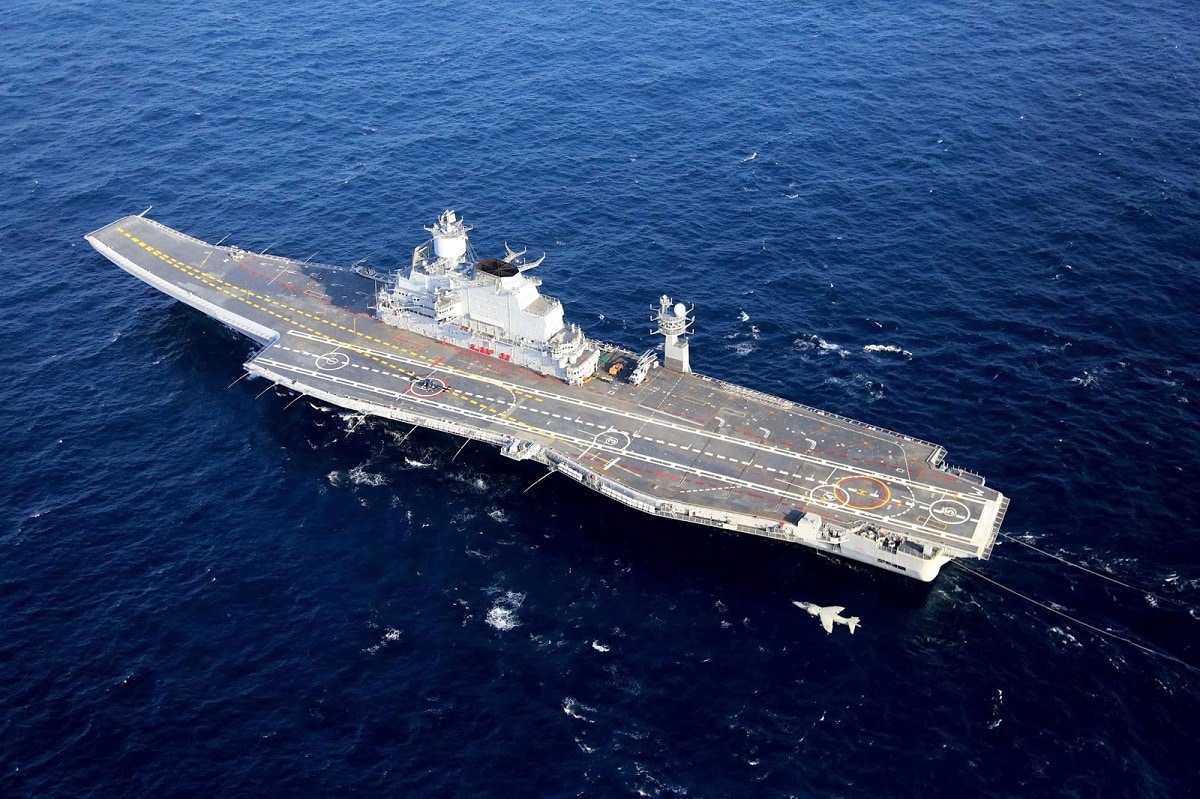 In December, the Indian Navy announced that its first indigenously-built aircraft carrier, INS Vikrant (IAC-1), successfully passed its basin trials at the Cochin Shipyard Limited (CSL) in Kochi. Sea trials for the new carrier are expected to start soon – and it was reported this month that the carrier’s air wing could include a new indigenously-produced aircraft.

Not just any combat aircraft, but potentially a fifth-generation fighter.

The carrier, which is currently moored near a shipyard in Kochi in the southern India state of Kerala, will be equipped with the existing Russian-made MiG-29K Fulcrum fighter jets initially. However, H I Sutton, writing for Naval News, reported that the air wing could include the TEDBF (Twin Engine deck Based Fighter) – the domestic successor to India’s Tejas Light Combat Aircraft (LCA).

As Sutton reported, the TEDBF made its debut in April of last year and was showcased at last month’s Aero India 2021 arms expo. The fifth-generation combat aircraft is being developed by Hindustan Aeronautics Limited (HAL) and the Aeronautical Development Agency (ADA), part of India’s DRDO (Defence Research and Development Organisation). TEDBF would be a true multirole fighter, and its missions could include combat air patrol (CAP), interception, ground attack, strike, maritime strike, reconnaissance, electronic warfare (EW) and buddy-buddy refueling.

The aircraft is being designed with carrier operations in mind – unlike the Tejas – and that will include folding wings. The TEDBF could be larger than the naval variant of the Tejas, yet likely smaller than the MiG-29K. In order to save weight the TEDBF may lack the internal weapons bay and instead will carry weapons on its eleven hardpoints. It will reportedly be able to attain speeds of Mach 1.6, and features a twin-engine for better short take-off performance from the Indian Navy’s Short Take-off But Arrested Recovery (STOBAR) aircraft carriers.

However, the aircraft won’t be ready by the time the carrier begins operations, so India has continued to look for a twin-engine carrier-based aircraft. According to the Eurasian Times it could come down to two options both of which are generation four-plus aircraft – the French Dassault Rafale and the U.S. Boeing F/A-18 Super Hornet. Both are “mature designs” and would be considered low-risk options for the Indian Navy.

India has already purchased thirty Dassault Rafale jets, and eleven of those have been delivered to the Indian Air Force. While the IAF Rafales India purchased are land-based aircraft, there is little difference from the carrier-based version of the jet fighters. The Super Hornets, which are the advanced variant of the Boeing/McDonnell Douglas F/A-18, are also touted to be among the most advanced, combat-proven multi-role fighters currently in service.

Yet, either of those options would still be a stopgap until the TEDBT is able to make its landings on India’s domestically-built carrier.