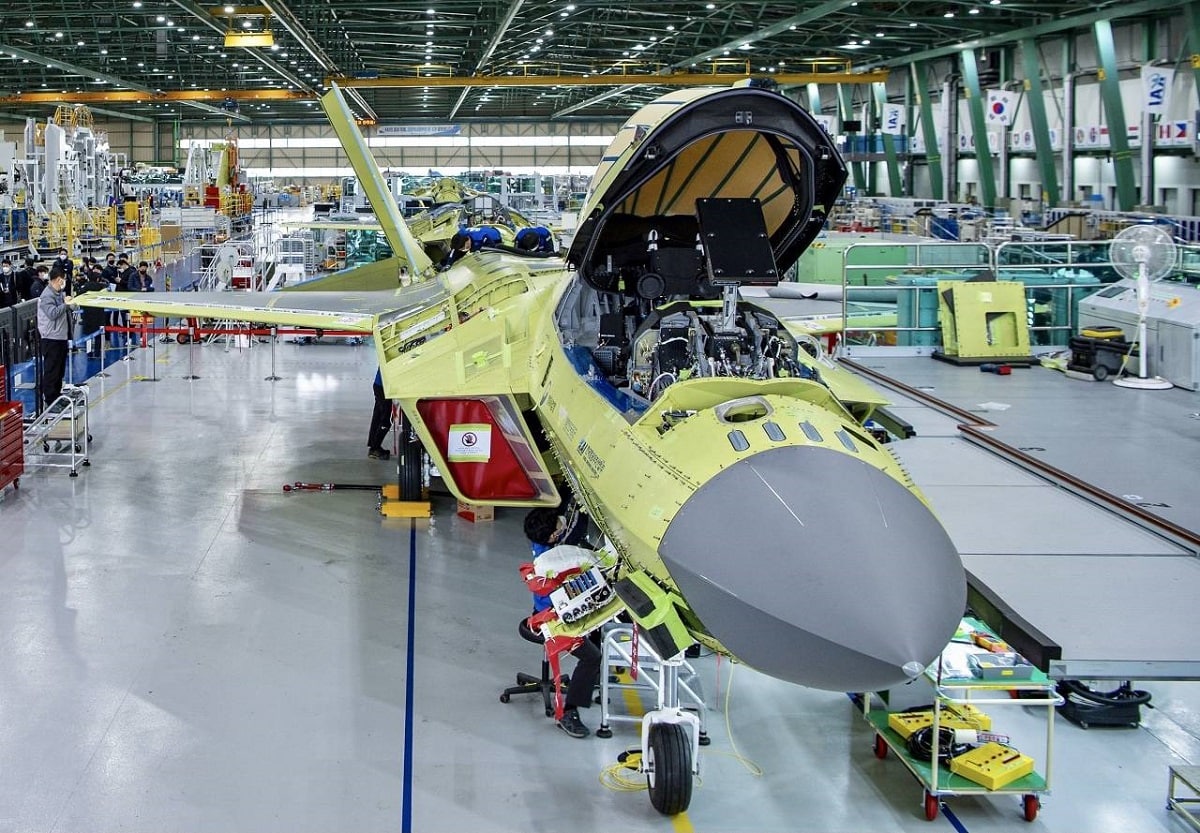 Despite South Korea’s reputation as a technological powerhouse within Asia, the country has not fielded any stealth fighters — until now. South Korea’s own and only aerospace manufacturer, KAI, is currently working on prototyping the KF-X airplane, or Korea Fighter eXperimental, a jet that though not as stealthy as some advanced 5th generation fighters like the F-35 and F-22, would nonetheless be much stealthier than any of it 4th generation predecessors.

The KF-X will ultimately replace both the F-4 and F-5 fighter jets, both aged American designs that would not be likely to survive against more modern fighter airplanes or anti-aircraft weaponry. And, like the assistance provided by the United States in securing both of these Cold War-era jets, KAI has reported received some technical assistance from Lockheed Martin for their stealth project.

The KF-X project has been underway since 2015 and is projected to cost 8.8 trillion won or about 7.9 billion USD. In order to offset costs, project costs are split 80-20 between Seoul and Jakarta, with South Korea being the larger partner. And despite the KF-X project’s relative newness, the first prototype stealth fighter could take its maiden flight as soon as 2022.

South Korea’s Air Force Chief of Staff Gen. Lee Seong-yong recently visited the KAI plant where the indigenous stealth fighter is being assembled to check on the fighter’s progress Yonhap News Agency reported, where he asked the firm to “work on the project with a sense of duty.”

The KF-X resembles the American F-35 stealth fighter to a certain degree: both fighters have a prominent nose chine, contoured to scatter enemy radar and preserve the fighter’s stealth profile. Though the two jets share some characteristics, the F-35 would likely be much stealthier than its South Korean counterpart.

Still, the stealth characteristics that the KF-X would likely feature — like radar-deflecting serpentine air intakes and a radar-absorbent coating — would afford the new fighter a reduced radar signature when compared to the F-15s and F-16s that South Korea currently flies.

Though the KF-X does indeed have several radar-mitigating characteristics going for it, one of the big hindrances the platform faces to maintaining its stealth is externally carried weapons. As it lacks an enclosed bomb bay, any ordinance carried on the airframe are potential radar reflection points.

Ultimately Seoul would like to acquire a total of 120 of the stealthy fighters, which should be delivered in their entirety by 2032, at which point South Korea would become just the second Asian country behind China to field an indigenously-built stealth fighter. One thing that both the Chinese and South Korean new fighter projects have in common? Both programs owe some of their success to the United States’ own research into stealth, albeit in very different ways.