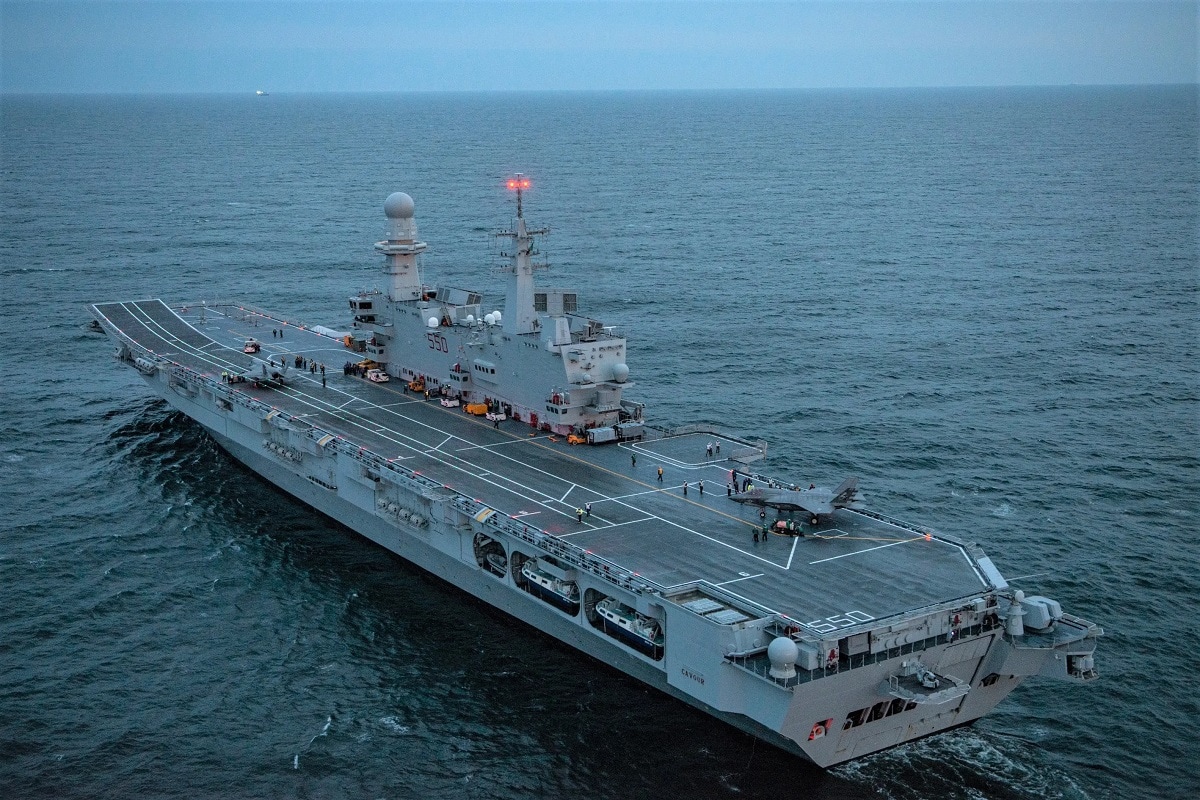 The pilots and aircraft have joined around 180 personnel from the Naval Air Station’s F-35 Integrated Test Force (IFT), and will be embarked for up to four weeks of sea trials.

“Our team has trained extensively to prepare for this day, and I was honored to land one of the first two jets aboard Cavour,” F-35B test pilot U.S. Marine Maj. Brad Leeman, the ITF test team project officer, told Defence-Blog. Leeman added, “The ITF plays a key role in the ship achieving carrier qualification in the near future. All of our hard work planning and training will ensure a successful sea trial and ultimately lead to Italy achieving the milestone of initial operating capability.”

“It is a remarkable achievement for all of us, today, to see the fifth-generation fighter aircraft on our flight deck,” explained ITS Cavour Commanding Officer Italian Navy Capt. Giancarlo Ciappina. “This represents, indeed, an outstanding success but, at the same time, a new challenge for the future of Italian Naval Aviation.”

More History Made for the F-35

Italy has ordered a total of thirty of the F-35B variants, and fifteen will be employed with the Italian Navy, while the remaining fifteen are headed to the Italian Air Force. The Italian Navy received its first two jets in 2018 and 2019, and the Air Force took delivery of the first of its F-35Bs a little over a year ago on February 22, 2020.

ITS Cavour, which is one of the Italian Navy’s two aircraft carriers, was launched in 2004 and was designed to carry VSTOL aircraft. Italy is currently replacing its carrier-based AV-8B Harrier II with the F-35B. Last May, the modernization efforts to allow Cavour to support the Lockheed Martin Joint Strike Fighter was completed, and the carrier has room for a total of sixteen of the combat aircraft – including ten in the hanger and six more parked on the deck.

The modernization efforts, which began in December 2018, included an upgraded flight deck that received a new deck coating and metallic reinforcement along with a reinforced flight deck to address the stress of direct thrust from the engines of the F-35B.

“Each and every officer and the whole crew are very proud to work closely with the F-35 Joint Program Office test team during these sea trials, and we are very well prepared to do the hard work to equip ITS Cavour and the Italian Navy with the Joint Strike Fighter’s fifth-generation air combat capability,” Capt. Ciappina added.

According to TheAviationist, the sea trials will take place in an unspecified area of the Western Atlantic involving other assets, including ships and aircraft from the U.S. 2nd Fleet to improve interoperability and strengthen the relationship between the two NATO Allies.