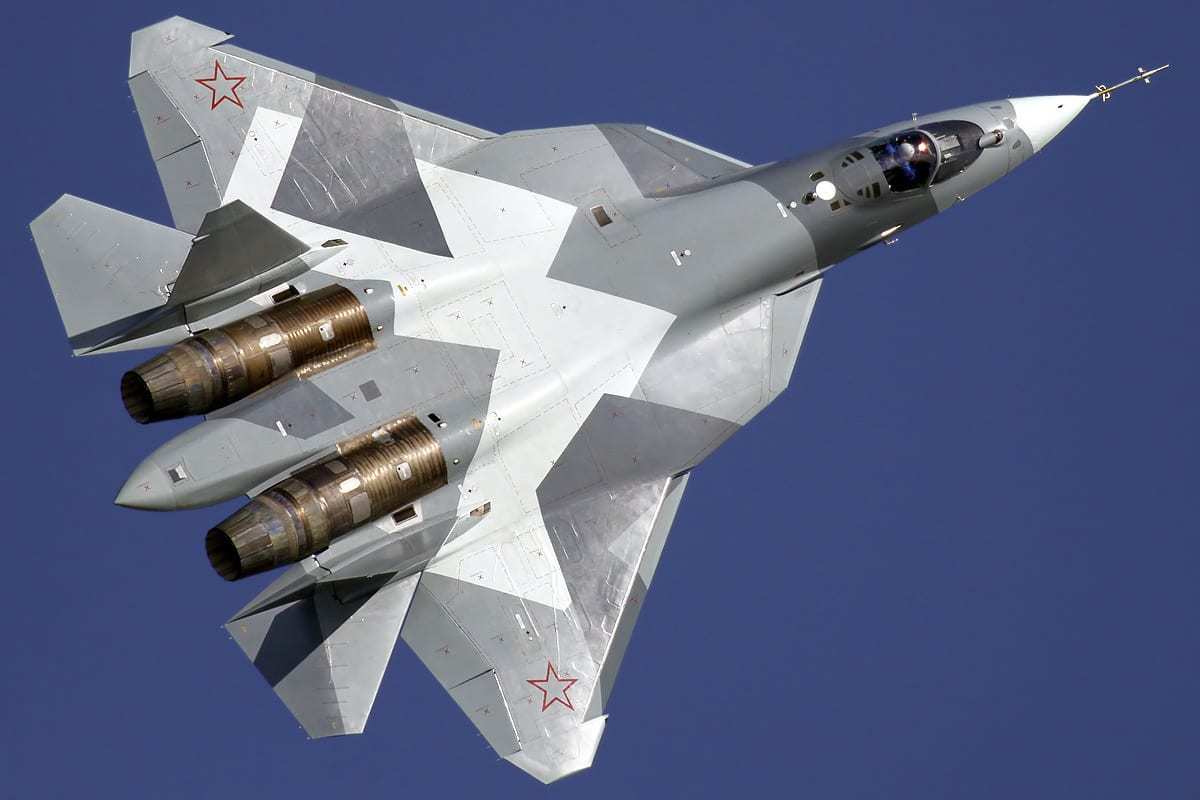 It was announced this week that Russia is prepared to hold negotiations with its sometimes regional partner Turkey over the sale of Su-35 and Su-57 combat aircraft should the Turkish government express interest in the Russian-built fighters.

The two nations have what can only be described as a long and complicated history and while they have fought numerous wars over the centuries, and are currently backing different factions in the ongoing Syrian Civil War, Turkey has been a buyer of Russian military hardware.

Since it was ejected from the Lockheed Martin F-35 Lightning II program for its purchase of the S-400 ‘Triumf’ air defense system, Turkey has had to look elsewhere as the nation seeks to upgrade and enhance its air force. The Su-35 and Su-57 could certainly be enticing for the Turks.

“As for Ankara’s potential plans of purchasing Russian Su-35 and Su-57 fighters, it should be noted that the Turkish side has been informed about their technical specifications in full,” Valeria Reshetnikova, spokesperson for Russia’s Federal Service for Military and Technical Cooperation, told Tass on Friday.

“If there is a request from Turkey for these planes, we are ready for negotiations on this issue,” she added.

Russia has already expressed interest to participate in the Turkish TF-X fifth-generation fighter program. A pre-production mock-up of the twin-engine TF-X fighter was displayed at the 2019 Paris Air Show, and its developer, Turkish Aerospace Industries (TAI), has said that it could take its first flight in 2025 and could be ready to enter service as early as 2028.

Despite the optimism for the program, Moscow and Ankara haven’t actually discussed a more formal partnership.

“The Turkish side has for quite long stated its intention to implement the project of developing its own TF-X fifth-generation fighter,” Reshetnikova added. “Russia earlier indicated that it was ready to consider the possibility of cooperation under this program. However, we have not received the corresponding request from Ankara so far.”

Turkey had been set to receive thirty F-35A Lightning II aircraft in 2018, and Ankara had invested $175 million in the Joint Strike Fighter’s development. Yet, even before Turkey had been ejected from the program, it had sought to develop a domestically-built stealth fighter in addition to joining with the Republic of Korea’s (South Korea’s) KF-X stealth aircraft program.

The TF-X was developed as part of a joint-effort between and the UK-based BAE Systems and was designed to replace the F-16 Fighting Falcons currently in service with the Turkish Air Force. Additionally, Ankara has announced that the still-to-be-built aircraft would be offered for export.

Turkish President Recep Tayyip Erdogan has said that building the TF-X was “the best response to those threatening to end Turkey’s involvement in the F-35 program.” The second best response could be turning to Moscow and acquiring the Su-35 and Su-57 fighters.