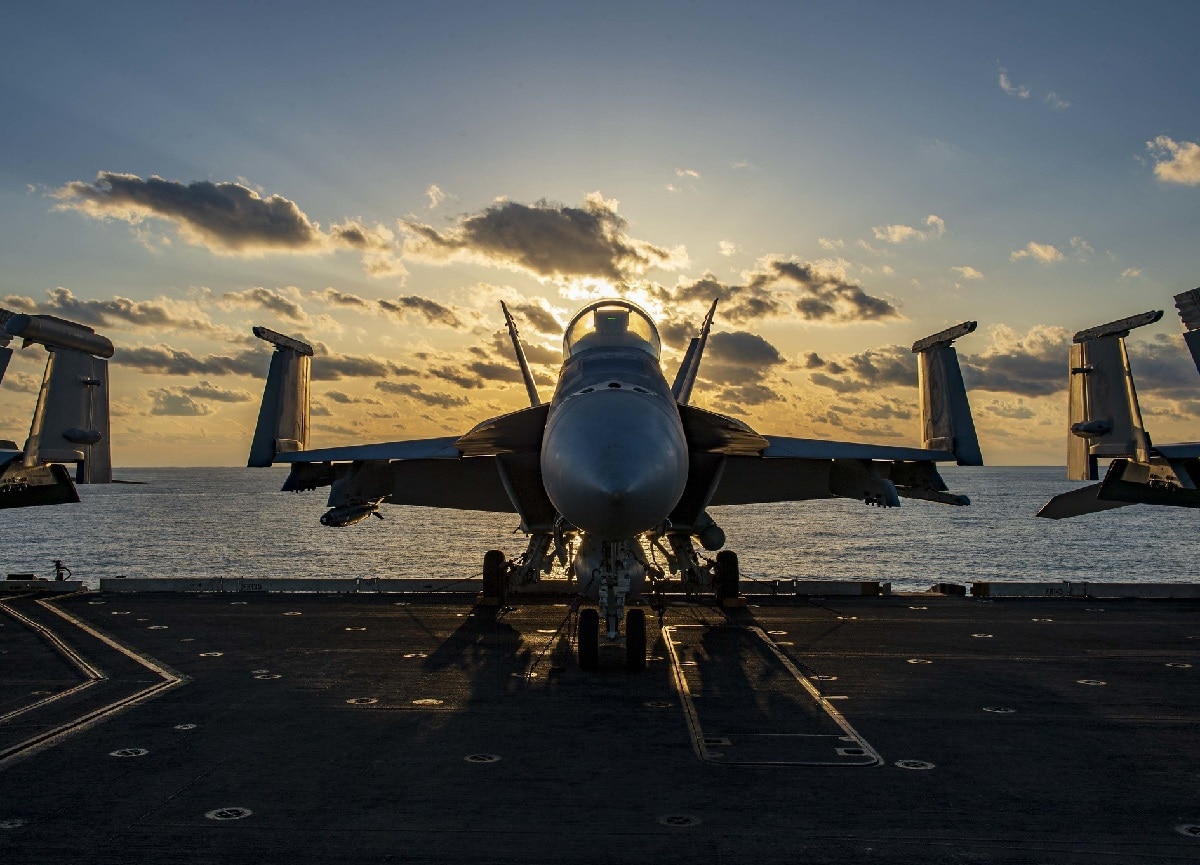 As the U.S. Navy’s fleet of Super Hornets continues to age, their replacement continues to mature — and it might be an optionally manned platform, though whatever the Navy ultimately sends to the skies will be a mix of both manned and unmanned system.

Though the Navy’s air assets such as the F/A-18E and F/A-18F Super Hornets have many flight hours left in their airframes, they’ll need replacing in the not-so-distant future. The plan is for them to be replaced by the F/A-XX, and not just the Super Hornets, but some of the Navy’s other aircraft too.

“But we truly see NGAD as more than just a single aircraft. We believe that as manned-unmanned teaming comes online, we will integrate those aspects of manned and unmanned teaming into that,” Harris elaborated . “Whether that – we euphemistically refer to it as our little buddy – is an adjunct air-to-air platform, an adjunct [electronic warfare] platform, discussion of could it be an adjunct advanced early warning platform. We’ll have to replace the E-2D [an all-weather, carrier-capable, airborne early warning aircraft] at some point in the future, so as we look to what replaces that.”

The Next-Generation Air Dominance fighter will likely come in several variants, each tailor-made to fulfill different mission requirements: the F/A-XX will ultimately replace the Navy’s Super Hornets specifically, whereas the NGAD program encompasses the Navy’s new future fighters more broadly. The Air Force also has their own NGAD program, and while their fighter will likely have similar systems as the Navy’s NGAD, differing requirements between the two services will likely result in somewhat different airframes.

The Navy appears to be committed to fielding a mix of manned and unmanned aircraft, and not just fighters. One Navy initiative would see unmanned aerial refueling tanker drones taking off from Navy carriers and keeping future fighters aloft. Much of the know-how and flight experience gleaned from the unmanned tankers would help aid future unmanned fighter jets.

“Right now – notionally – looking at driving towards an air wing that has a 40-60 unmanned-manned split and over time shift that to a 60-40 unmanned-manned split. So to try to drive an air wing that is at least 50 percent or more unmanned over time,” Harris explained. “Again, a lot of that’s going to be dependent on the success we see with the MQ-25 Stingray, on our ability to truly learn how to operate around the aircraft carrier and safely execute that both on the flight deck and then airborne.”

So regardless of what exactly the Next-Generation Air Dominance program ultimately produces, and how the Navy NGAD differs from the Air Force program — they’ll likely be unmanned at some point in the future.