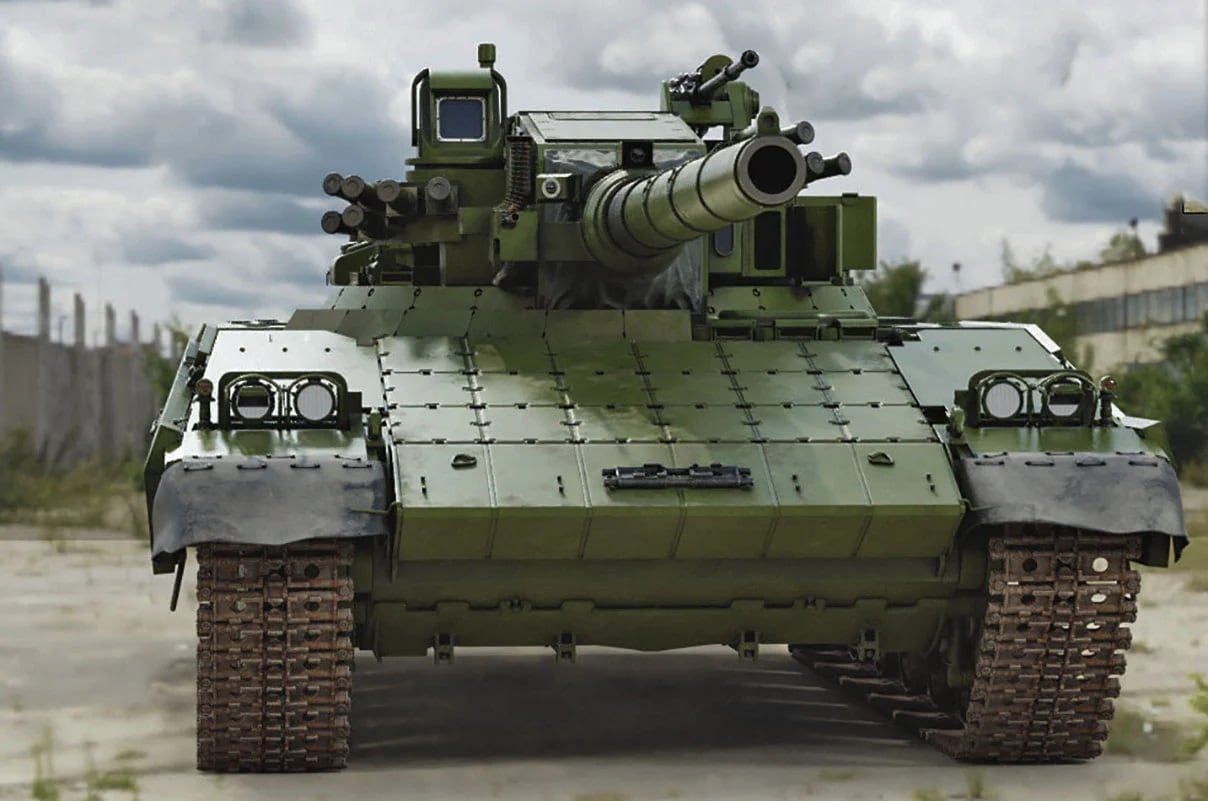 Since its independence in August 1991, Ukraine has used a variety of Soviet Cold War tanks including the T-64, T-72 and T-80, while it also developed the improved T-80 as the T-84. However, as Ukraine’s military has sought to chart its own course away from legacy Soviet equipment, the Eastern European nation has begun to develop domestically produced equipment and that includes a new main battle tank (MBT).

This month Defence-Blog’s Dylan Malyasov posted renderings of what could be Ukraine’s next-generation indigenously-built tank that is part of the “secret” Object 744 project. Developed by the Ukrainian state-owned companies Kharkiv Morozov Design Bureau (KMDB), few details of the new tank have been made public until now.

Object 744: All the Pictures

A series of renderings purported to be Object 744 had been shared on social media by the Chinese-based Twitter account @xmszeon. It is a departure from the Soviet-era and even Russian-designed tanks, yet the design shares at least one trait with Russia’s new T-14 “Armata” – namely an unmanned turret that is fitted with a 152mm 2A72 smoothbore gun fed by an automatic loader.

According to Malyasov’s report, the turret would carry a total of 42 rounds of ammunition, including 10 “ready-to-use” rounds in a special rotary loader. That suggests that a crew member would still need to manually reload/refill the rotary loader but whether that would be done within the turret is still unclear.

As with the Russian T-14, the Ukrainian tank’s smoothbore gun could also be capable of firing long-range anti-tank guided missiles. In addition to the main gun, the Object 744 MBT would be equipped with secondary weapons that include a 30mm single-barrel automatic cannon.

The renderings further suggest that the tank is fitted with a modular armor system, and Defence-Blog reported this could be made of steel, titanium, ceramics and potentially other composite materials. The forward and lateral sections of the tank also appear to be equipped with a reactive armor to address threats from anti-tank rocket-propelled grenades.

Exactly how “secret” the new Ukrainian tank is certainly worth pondering, not just because of the renderings that were posted to social media, but also because as Malyasov previously posted the Ukrainians have reportedly thwarted an attempt by Russian spies to acquire details and specifics of the tank program. In February it was reported that Ukraine’s SBU security service detained a Russian agent who was trying to obtain technical documentation on the T-84BM Oplot MBT.

However, if Russia has sent agents to its neighbor and regional rival it is likely it is seeking to obtain any details about the Object 744 MBT as well. Perhaps instead of crossing the border and risking exposure, Russia could simply do better by scanning social media. As has been seen in recent months, if something is going to leak it will surely show up on Twitter.