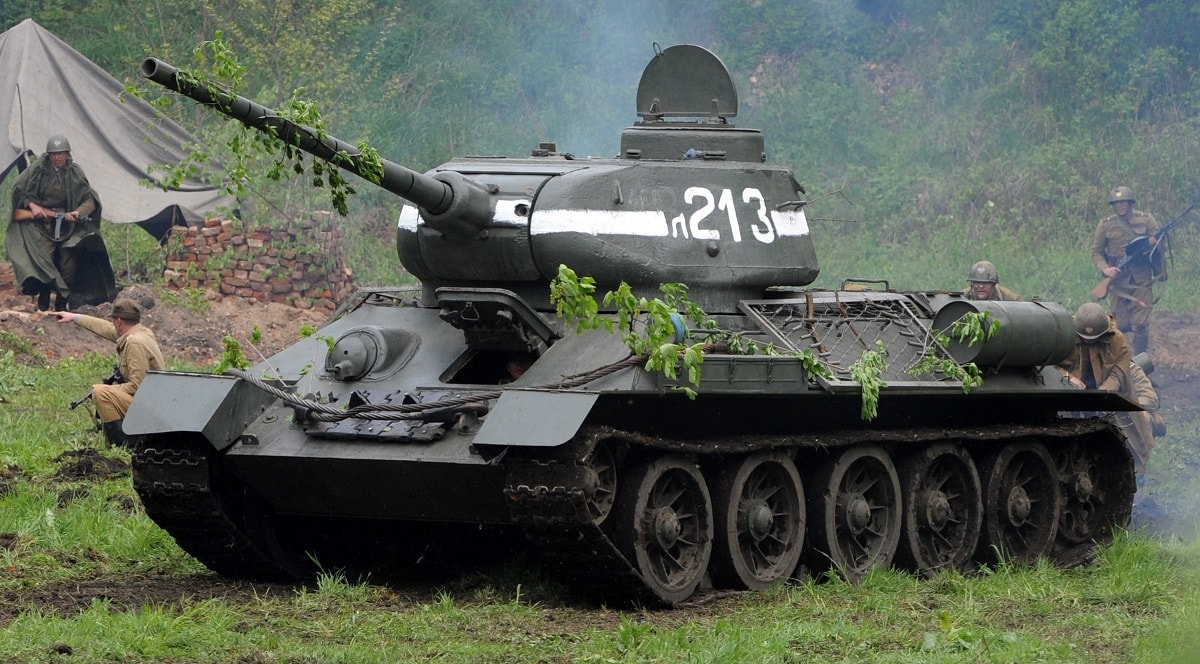 It was two years ago that the last reported Soviet T-34 tanks still in service made a return to the motherland. At the time, Laos had been believed to be the last operator of the World War II medium tanks, and the Southeast Asian nation sold around thirty of the tanks back to Russia as part of a three-way deal involving Vietnam. Moscow had sought to acquire the vintage tanks, which it maintained were of the 1944 production model, for use in movies, parades, and for display at various military museums around Russia.

Now it seems that the news that Laos was the final operator may have been exaggerated just slightly, as images have been making the rounds online that show the World War II-era T-34s still in service in Yemen, while multiple experts have noted that other nations continue to use the tanks as well.

From his Twitter account defense industry analyst Nicholas Drummond (@nicholadrummond) tweeted, “According to IISS, nine countries still have the WW2 Russian T-34 in their inventories, including Cuba, Yemen, Republic of the Congo, Guinea, Guinea-Bissau, Namibia, North Korea, Laos, and Vietnam. Vietnam has 45 in working order. Not bad for a tank built in the 1940s.”

Drummond had included Yemen, but  @QTR_Defence, which is reported to be a defense analyst for Qatar, responded with images showing the tanks in current use, “Its being Used in Yemen Too.”

The Eurasian Times reported that until 2018 those nine countries cited by Drummond were in fact still employing the T-34 in active service. However, it does appear the thirty tanks that headed home to Russia from Laos were the last of the latter nation’s T-34s. Moreover, Vietnam had marinated the largest known surviving fleet with some forty-five T-34s still in service as recently as just three years ago.

It is unclear how many of the World War II Soviet Red Army tanks remained in service in Cuba or North Korea, but according to the reports Yemen had around thirty, as did Guinea, while Guinea-Bissau (the former Portuguese Guinea) maintained around ten. Mali also had twenty one, but those may have been in reserve storage and likely inoperable. Not listed on Drummond’s account was also Bosnia-Herzegovina, which had possessed five.

It is also believed that the tanks in the Congo as well as those in Namibia are also likely inoperable, which doesn’t mean they couldn’t be used for displays in museums or repaired for use in movies in parades. Perhaps Moscow will reach out and acquire those vintage tanks.

There are still hundreds of surviving T-34s around the world, which are on display in museums and used as war memorials, while many “demilitarized” models are now in private collections. Even today in the United States a T-34 can be found for sale for upwards of $40,000 – a reasonable price given how much more the U.S. used M4 Sherman might cost today.