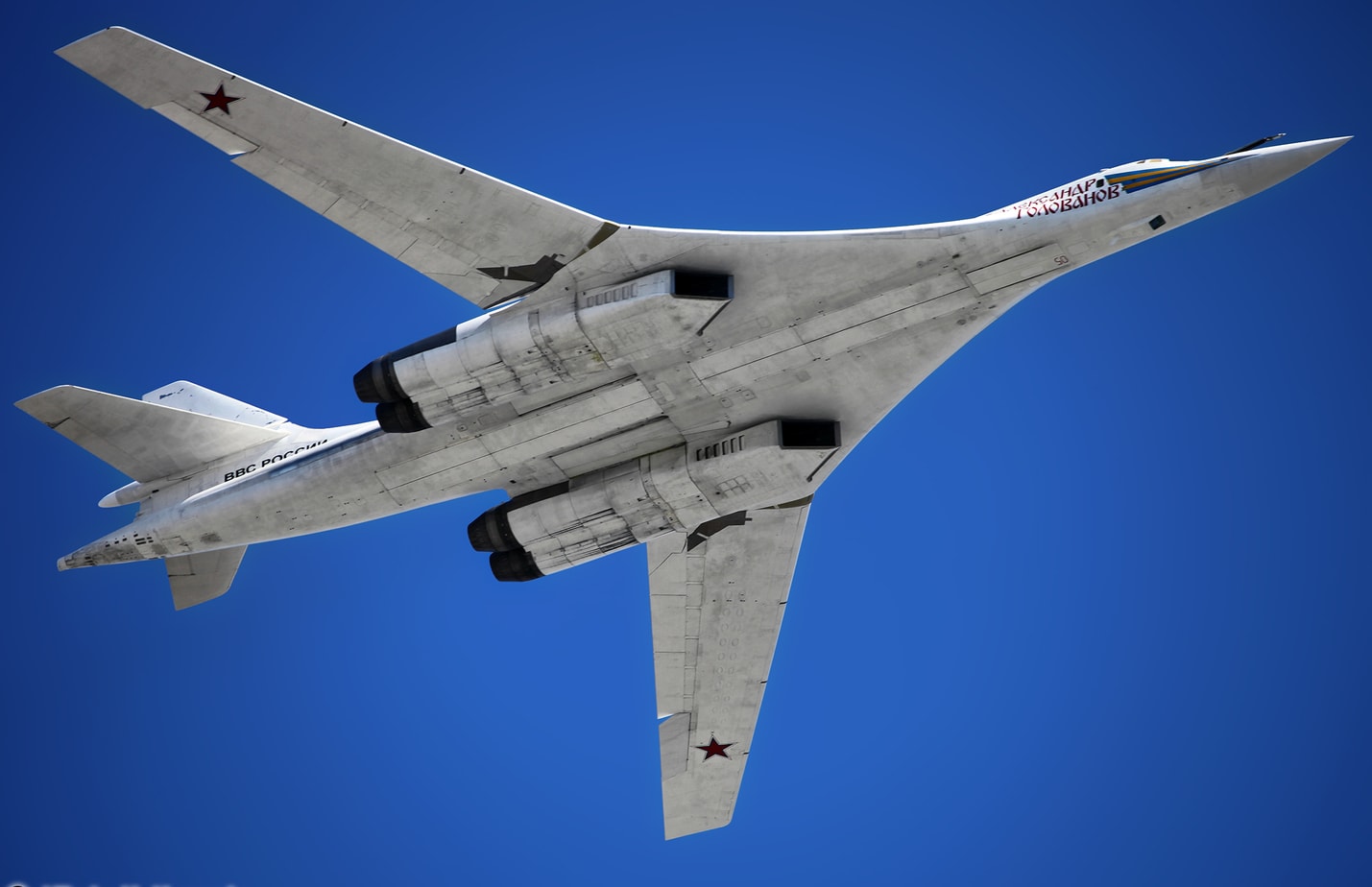 A pair of Russian Tu-160 strategic missile-carrying bombers conducted a patrol flight over the northern waters of the Barents and Norwegian Seas on Monday.

In the past year, Russia has increased its presence in the region with regular aerial sorties. The two bombers were escorted by Russian Navy MiG-31 fighter aircraft during the sortie.

“Two Tu-160 strategic missile-carrying bombers of long-range aviation performed a scheduled flight in the airspace over the neutral waters of the Barents and Norwegian seas,” a spokesperson for the Russian Ministry of Defense told Tass. “The flight lasted over 8 hours.”

Crews of Russian long-range aircraft regularly perform flights over the neutral waters of the Arctic, the North Atlantic, the Black and Baltic seas and the Pacific Ocean, the ministry added, and further noted, “The aircraft of Russia’s Aerospace Force perform all their flights in strict compliance with the international rules of using the airspace.”

The Su-160 strategic bomber has been one of the aircraft deployed in such patrol missions. In early February, two of the aircraft took part in a planned flight in the airspace over the neutral waters of the Barents, Greenland and Norwegian seas, the ministry had reported. That flight lasted about twelve hours.

While twelve and even eight hours in the sky might seem longer than most people would want to spend in an airplane, last September two crews onboard a Tu-160 broke a record for the longest non-stop flight for the aircraft – and were in the air for more than twenty-five hours, and covered a distance of more than 20,000 kilometers.

The two Tu-160 bombers, which were commanded by Major-General Oleg Pchela and Lieutenant Colonel Sergei Volkovitsky respectively, took off and landed at Engels Air Force Base outside of Saratov. During that twenty-five-hour flight, the pair of bombers flew over the neutral waters of the central part of the Arctic and Pacific Oceans as well as the Kara, Laptev, East Siberia, Chukchi, and Barents Seas. The aircraft was refueled mid-air three times from six IL-78 tankers. A previous record was set in 2010 during which two Tu-160 bombers remained airborne for twenty-four hours twenty-four minutes.

The Tu-160 “White Swan” (NATO reporting name “Blackjack”), is a legacy airframe that is the fastest as well as the largest and heaviest bomber ever built. It is outwardly similar to the American Rockwell B-1 Lancer, which actually spurred the development of the Soviet-designed aircraft.

While the B-1 is a smaller bomber in the classical sense – meaning it flies to targets to deploy its bomb load – the Tu-160 can operate as a stand-off weapons platform, where missiles are launched from bomb bay doors. After which, the “White Swan” would speed off at Mach 2+. I

It was the only Soviet-designed bomber not to carry any defensive weapons, which is why it is routinely escorted in patrol missions by fighter aircraft such as the MiG-31.