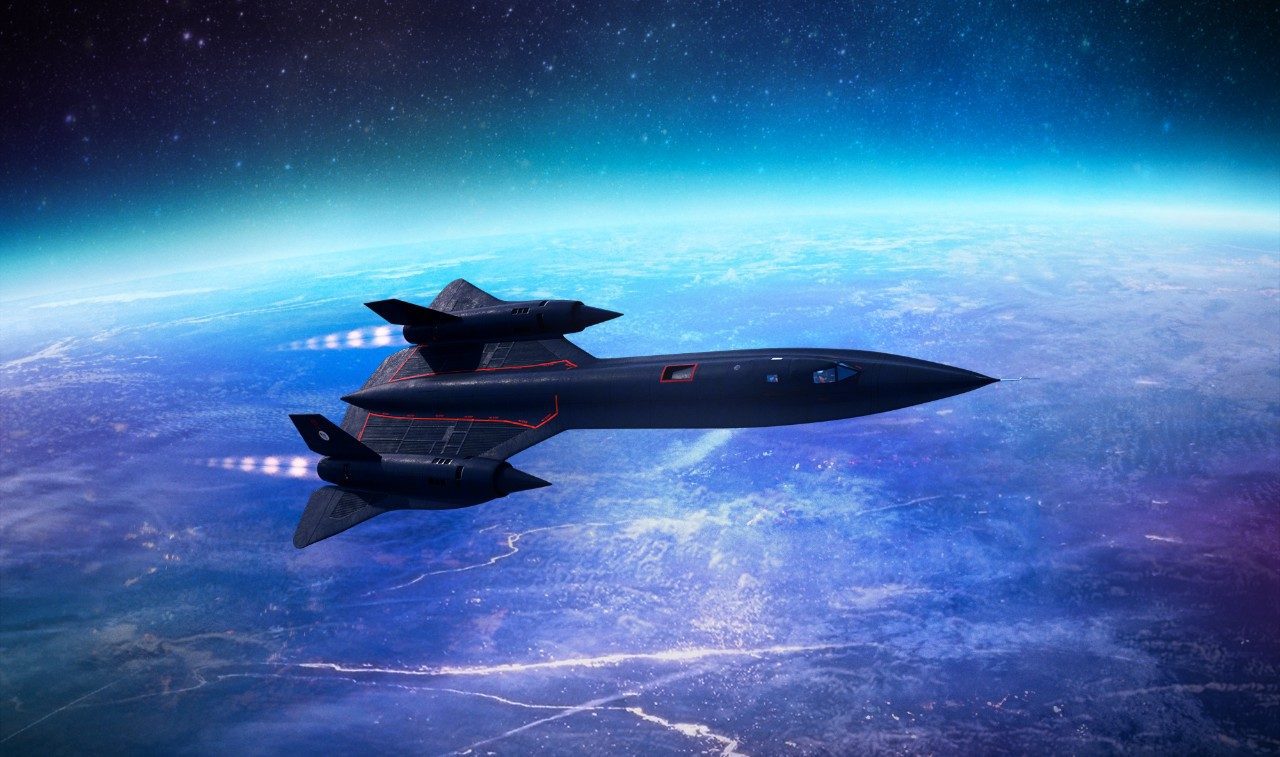 The Lockheed SR-71 “Blackbird” was never really much of a secret during its time in service with the United States Air Force. It had been first mentioned in a speech by then-President Lyndon Johnson in July 1964, then described as the RS-71. However, USAF Chief Of Staff General Curtis Lemay preferred the SR (Strategic Reconnaissance) designation, after which the aircraft became known.

Only a total of thirty-two of the aircraft in all configurations were built including twenty-nine SR-71As, two SR-71Bs, and the single SR-71C. Twelve of those aircraft were lost, and one pilot died in accidents during the aircraft’s service career. The remaining twenty are now in museums around the country, and while it is unlikely that the fastest production aircraft will ever be seen in the skies again, for the aviation buff the legendary Blackbird can be seen in a handful of movies and even video games.

The aircraft’s big-screen debut was in the 1985 science-fiction film D.A.R.Y.L., in which the title character – a government-created robot resembling a ten-year-old boy – steals the aircraft.

There is more than meets the eyes in the 2009 film Transformers: Revenge of the Fallen, in which an SR-71 serves as the alternate form for the Transformer Jetfire. Interestingly the former Deception turned good Transformer remained hidden in plain sight in the collection of the Smithsonian National Air and Space Museum – a real-world museum that does actually have an SR-71 on display at its Steven F. Udvar-Hazy Center at Washington Dulles International Airport.

SR-71s make brief appearances in several movies including 1991’s Final Approach and Eve of Destruction, while the aircraft is also seen in the 2000 astronaut-buddy film Space Cowboys. Video gamers can also get up close with the Blackbird in such games as Ace Combat 6: Fires of Liberation, Birds of Prey, Call of Duty Black Ops, and Microsoft Flight Simulator X.

However, it is the world of the X-Men that the famous aircraft is almost a star in its own right.

It isn’t called an SR-71, but the X-Men X-Jet Blackbird does seem to be based on the SR-71. Introduced in the comics, it is seen in the animated series and subsequent movies. It is able to carry several passengers and unlike the Lockheed version, is adapted for vertical take-off and landing (VTOL). In the comic books, the X-Jet was destroyed and rebuilt many times but also featured various designations including SR-70, SR-73 and SR-77 – with the latter being considered “canon.”

The X-Jet can be seen in the original X-Men film, where it brings the team to Liberty Island while it has a much larger role in the sequel X-2. In later films, it is even seen with stealth technology and is even capable of going into space to rescue the crew of the Space Shuttle Endeavor. The actual SR-71 was certainly not a stealth aircraft and while it could fly higher than any other aircraft, it couldn’t travel into space.

However, Lockheed Martin seemed impressed that the X-Jet made the leap from the comic book to the big screen and even has a website that compares the fictional mutant-friendly variant to the real world SR-71. “While the X-Jet remains a comic-cultural phenomenon, nothing rivals the legacy of the SR-71 Blackbird,” the website noted. “The top-secret aircraft became legendary almost instantly, flying higher, faster and farther than any aircraft in history.”