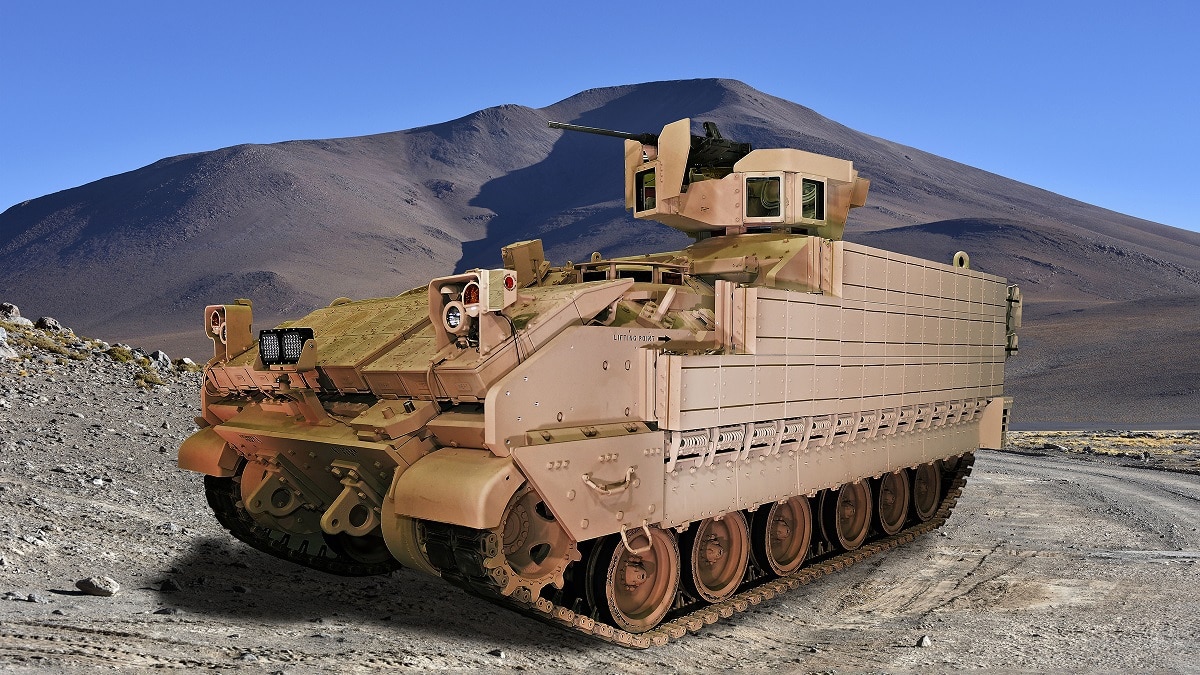 The U.S. Army’s Armored Multi-Purpose Vehicle (AMPV) should be ready for initial operational testing next year, according to Defense News.

The AMPV is to replace the Army’s M113 tracked vehicles, Vietnam-era armored personnel carrier that, despite innovations like aluminum armor to keep weight low and afford a moderate amphibious capability, suffered from inadequate armor protection and a poor weapons compliment.

BAE Systems describes the AMPV as a low-risk, highly survivable armored platform that is cost-effective thanks to relying on the design and engineering features from the Bradley armored vehicle and the M109A7 Self Propelled Howitzer, both of which are manufactured by BAE. The AMPV will be manufactured at least initially in five variants: command, mortar carrier, medical treatment, and medical evacuation variants.

The AMPV is significantly larger than its M113 predecessor, and though the vehicle would be an improvement in terms of overall armor protection, the platform has experienced a few kinks on the way to full production. Imperfect hatch and roof seals were identified as issues that needed fixing, partly due to a reliance on legacy components to keep costs lower. Mating legacy components with a new platform may not be a viable solution for reducing overall costs, and manufacturing new components has the potential to increase the cost of the program.

The AMPV has already done some live-fire testing, though what weapon system the vehicle would mount exactly is a bit ambiguous. Photographs released by BAE appear to show the large vehicle equipped with a .50 caliber heavy machine gun. Interestingly, the AMPV apparently foregoes a remote weapon station in favor of a shielded gunner’s position, a design choice that could leave AMPV gunners unnecessarily exposed. It is also unclear if the tracked vehicle would be able to sport anything larger than a .50 caliber machine gun, as its turret is positioned on the hull top, off-center and is probably too small to mount heavier weapons.

Though the first production vehicle was delivered to the Army in September of last year, the AMPV’s wider rollout has been hampered by the ongoing Coronavirus pandemic. BAE missed an AMPV delivery date that would have put the vehicle through its paces during another live-fire drill, and according to Defense News, these delays set live-fire testing back by 6 to 8 months.

If current live fire and evaluation schedules can be kept, than the first tranche of AMPVs would roll off to the Army sometime in 2023, though it that schedule can be adhered to remains to be seen. And although the vehicle is indeed much more survivable than the M113 it replaces, it remains unclear just how much firepower the tracked platform would be able to bring to bear on the battlefield. Either way, the Army plans on ultimately fielding 450 of them.