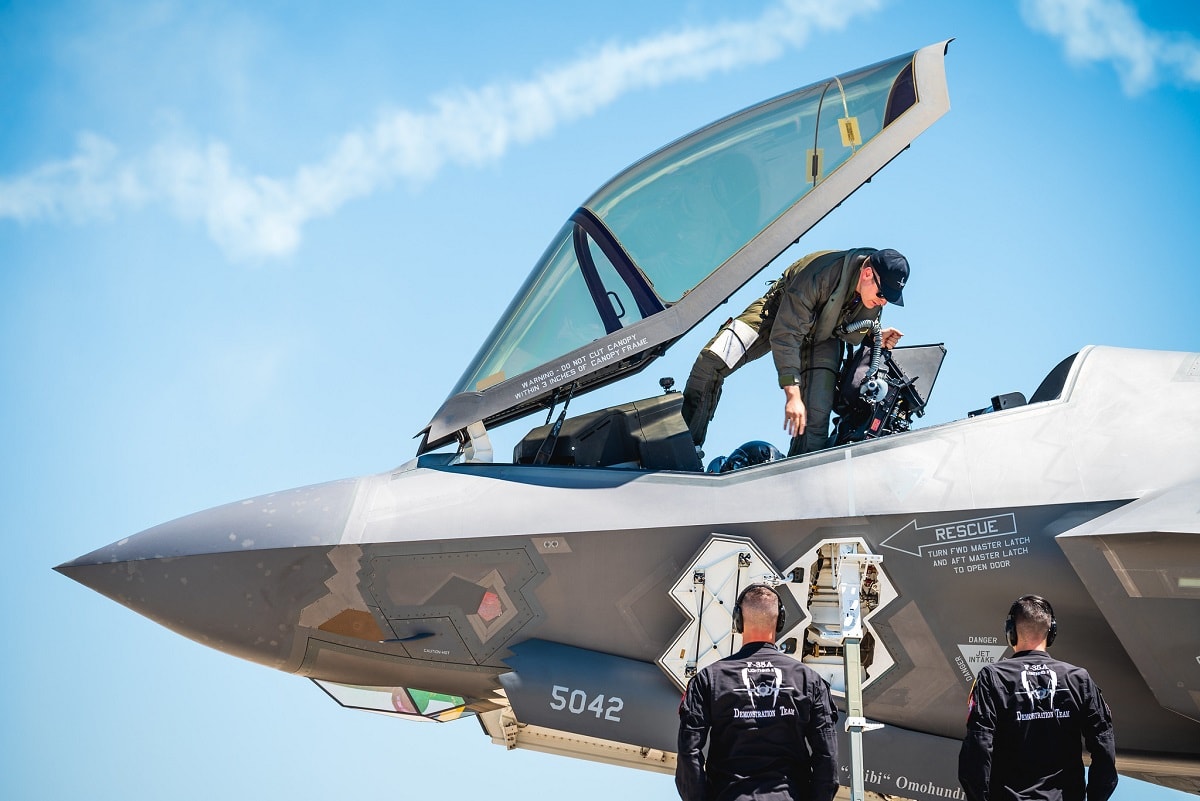 The state-of-the-art Lockheed Martin F-35 Lightning II has its share of critics, but its supporters have been especially vocal in recent weeks.

Gen. Charles Q. Brown, Jr., who is currently chief of staff of the U.S. Air Force, said during the Feb. 25 event that the service remains completely committed to the fifth-generation fighter and countered news reports that questioned the future of the program and U.S. military confidence in the platform. When asked directly if the program was a “failure,” Brown reaffirmed that certainly wasn’t the case.

“The F-35 is a cornerstone of our [tactical aircraft] capability and for our fighter capability,” Brown explained according to a report from DefenseOne.

The issue had come up after Brown noted that the U.S. Air Force would consider buying a newly-designed fighter to replace the aging F-16. It didn’t take long from there for some media outlets to jump on a story that the F-35 was a failure. MSNBC’s Brian Williams even spent nearly three minutes questioning the future of the program.

Since then Brown has doubled down that the U.S. Air Force will not take money to fund other programs, including the Next Generation Air Dominance (NGAD) platform. Brown has further confirmed the Air Force is committed to the original order of 1,763 F-35As, the conventional take-off and landing variant of the Joint Strike Fighter.

In an op-ed from Lockheed Martin posted to BreakingDefense.com, the company denoted that the program is mature and growing, and provides vital interoperability with a total of thirteen U.S. allies and partners, and ensures air dominance while enabling critical joint capabilities. It isn’t just a fighter jet, the website added; it is a powerful force multiplier.

Lockheed Martin has delivered more than 620 F-35s, while the fleet of aircraft has surpassed more than 365,000 flight hours. To date, the platform is operational with ten services worldwide; and six services, including the U.S. Air Force, have even employed the F-35 in operational missions including combat.

In addition to the capabilities of the F-35, the prime contractor also noted that the program has created more than 254,000 direct and indirect high-paying, high-tech jobs for American workers across the country and abroad. In the process, the program has generated more than $49 billion annually in economic impact. In addition, the F-35 program teams with nearly 1,900 U.S. suppliers – including more than 1,000 small business suppliers – in forty-five states and Puerto Rico.

The prime contractor has also continued to lead efforts to drive down the cost of the F-35 while providing fifth-generation capability at the same or less cost of fourth-generation aircraft.

Over the past five years, Lockheed Martin has successfully reduced its portion of the F-35 cost per flight hour by 40 percent, lowering the cost for F-35 customers around the globe.

It isn’t just the aircraft’s maker that has such confidence in the platform. In addition, to Brown, Acting Secretary of the Air Force John Roth called the F-35 the Air Force’s “core airplane going forward.”