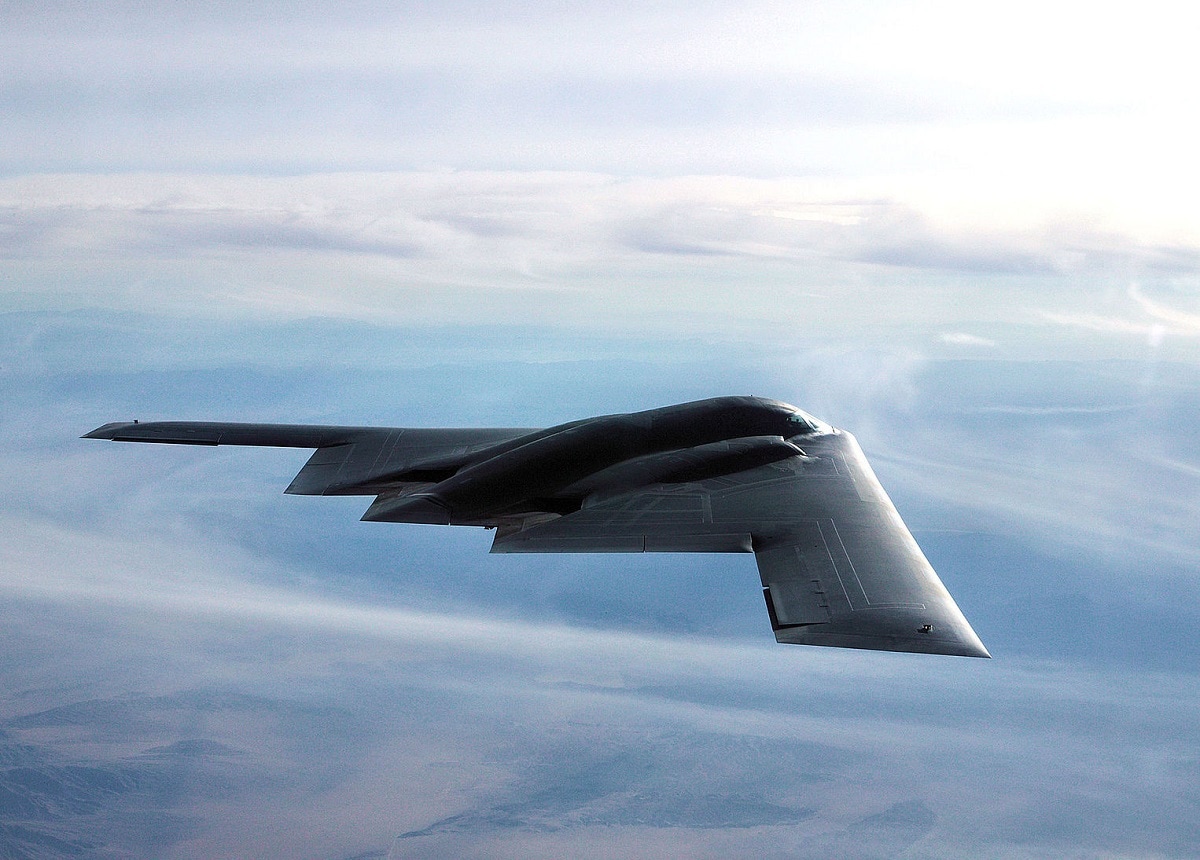 Those who attended Super Bowl LV in Tampa, Florida last month were treated to a unique sight that included a flyover of a B-1B Lancer, a B-52 Stratofortress, and a B-2 Spirit. While seeing any of the three aircraft can be uncommon – unless you live near a few select Air Force bases – seeing all three in the sky together is a true “unicorn” event.

B-2 Bombers Flying in Utah: Why?

Even seeing a B-2 Spirit can be quite rare as the United States Air Force only operates twenty of the aircraft. But last month eagle-eyed residents of Utah may have spotted a trio of the bat-winged stealth bombers over Provo. Photojournalist Monico Garza was able to snap a few photos of the aircraft from his Nikon camera, which was fitted with a 3000mm zoom lens.

Garza, who was reported to be an avid aviation buff and has hoped to get a view of the bomber overhead, didn’t expect to see three – especially as none actually showed up on radar.

“I was blown away,” Garza said as reported by The Gephardt Daily, his employer. “These warplanes fly a lot of night missions. That makes daylight sighting all the rarer. I tried to track them with two different radar apps, one for commercial and another one for military flights, and they were nowhere to be seen. They were seemingly invisible.”

While there haven’t been other reports of the bombers, the fact that Garza was able to track them and then had a camera with such a powerful lens certainly gave him an advantage. The photographer added that he watched the 200-ton bombers for several minutes as each of the three aircraft gained altitude and then slowly turned to the south and west. Garza described the sighting of the three aircraft as “awe-inspiring” and added “you don’t want to be on the receiving end of these bad boys.”

The Air Force has made no comment regarding the flyover in the skies above the Beehive State, so it is unknown where the B-2 Spirits took off from or where they headed.

Some users on social media suggested the B-2s may have been taking part in an exercise at Nellis Air Force Base (AFB) near Las Vegas and flew out to Utah and were then on their way back home. A few users poked fun as well on social media with one user suggesting, “Just zipping over to bomb the crap out of Nevada, then home for coffee and snacks.”

While the Air Force has just twenty of the aircraft in service, since its introduction in 1997, the Northrop Grumman B-2 has often been the first to fight. Designed to penetrate anti-aircraft defenses, the B-2 can deploy both conventional and thermonuclear weapons.

The B-2 is also the only acknowledged aircraft that can carry large air-to-surface standoff weapons in a stealth configuration. The bombers can carry up to sixteen B-61 or megaton-yield B-83 nuclear gravity bombs on the rotary launchers inside its two bomb bays. The aircraft’s avionics are also hardened versus the electromagnetic pulses generated by nuclear blasts. The Air Force plans to operate its B-2 fleet until 2032 at least, when the Northrop Grumman B-21 Raider enters service.