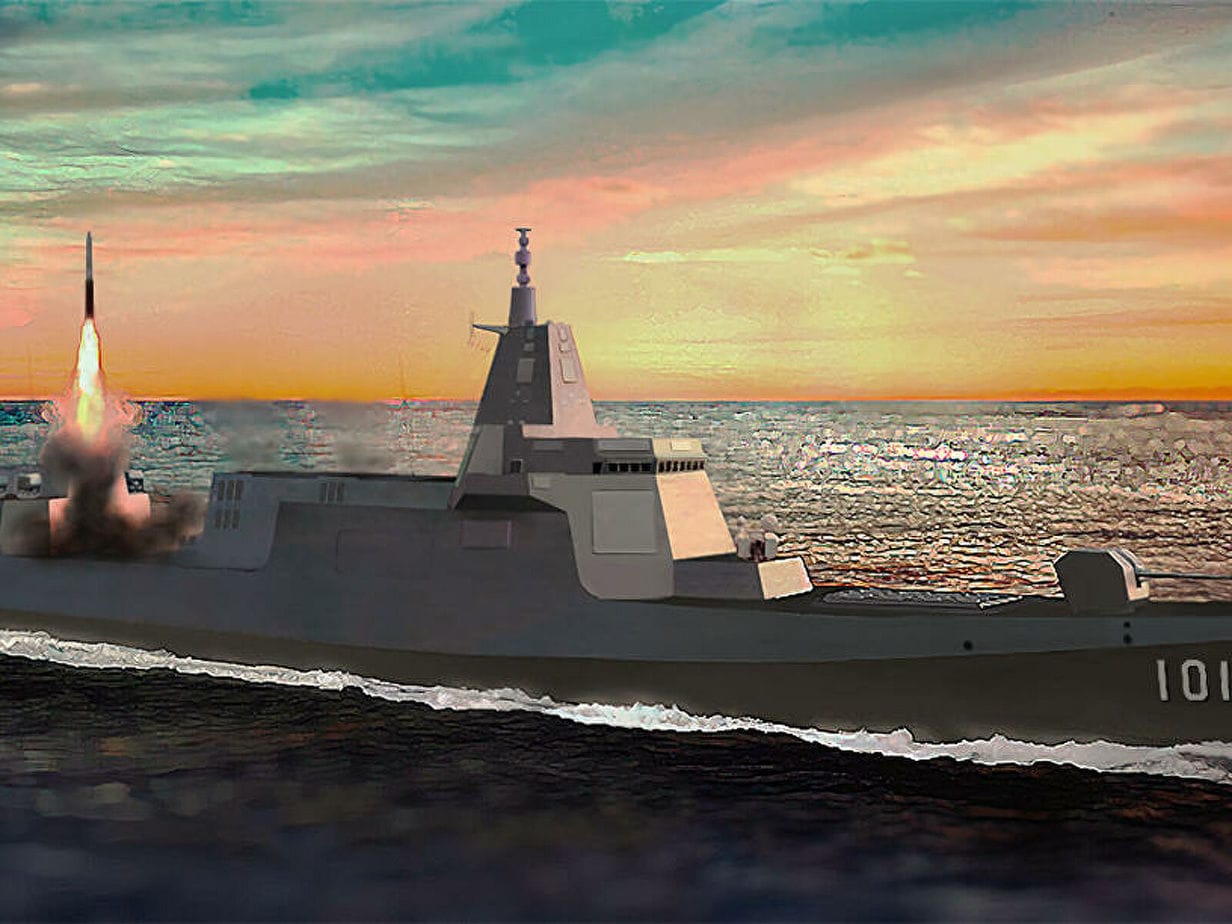 China’s first aircraft carrier, the Liaoning, recently sailed through the Miyako Strait near Okinawa. The carrier was not alone but sailed in company with a carrier strike group made up of one Ren Hai-class missile destroyer, two Luyang III-class missile destroyers, and one Zhangkai II-class frigate, according to the Japanese Ministry of Defense.

The Miyako Strait is a strategically significant passage between Taiwan and Japan that separates the East China and Philippine Seas. China considers this passageway especially important, as it could be turned into a chokepoint with which to keep the People’s Liberation Army Navy bottled up in waters closer to the Chinese east coast.

Though a strike group is certainly a significant multi-vessel force, what is more significant though perhaps less notable was one of the ships in the strike group: the new Type 055 destroyer, dubbed Renhai-class by the United States.

The Type 055s are formidable: the class has a number of stealthy features that reduce the class’ radar cross-section, including a specially contoured hull, bow, and deckhouse that enclose the ship’s smokestack, anchor chains, mooring points, and other features that would be more easily picked up by radar.

The Type 055 is both longer and wider than the United States’ Arleigh Burke-class destroyers, has a correspondingly greater displacement, and is among the latest ships built in Asia in the post-World War II period.

The Arleigh Burke class by comparison houses just 96 missile cells. And like VLS cells that arm United States Navy ships, the Type 055’s cells could be used in the future to house more advanced hypersonic missiles.

In addition to VLS cells, the Type 055 also has a powerful 11-barreled 30mm close-in weapon system that is thought to have a very high success rate. The Chinese ship is also equipped with a large 130mm naval gun that is a larger diameter than that mounted by the Arleigh Burke-class.

This recent PLAN exercise near Taiwan was no coincidence: U.S. Navy officials recently testified in front of Congress that a Chinese invasion of the island could happen within the decade, perhaps sometime within the next six years.

Stealthy Chinese ships would incredibly useful for a Chinese attack on Taiwan.

And, more Type 055s are being built for the Chinese Navy. Indeed, Chinese naval shipbuilding is progressing at breakneck speed and has already made the PLAN into the world’s largest navy. To be certain, numbers alone do not paint a full picture and quantity is not a direct substitute for quality.

The Type 055s however do appear to be qualitatively different: large, well-armed, and with some radar-mitigating features.