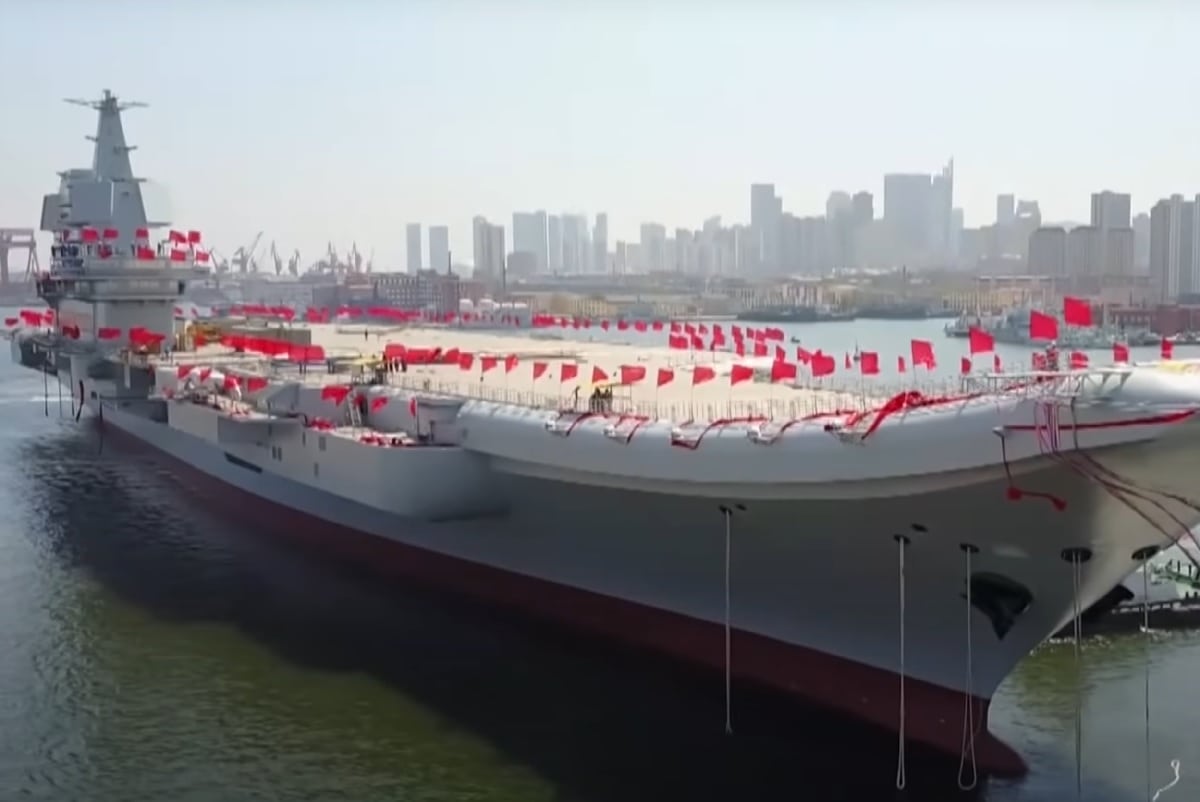 The new carrier, which is based on the same design as the Soviet-built Liaoning, is expected to fully enter service by the end of this year.

Shandong was officially commissioned in December 2019 in a ceremony attended by President Xi Jinping, four years after she was laid down in Liaoning province in March 2015 by Dalian Shipbuilding. It was seen as a milestone achievement for the PLAN, even as the carrier remains far less capable than any U.S. Navy counterparts. However, the fact the Beijing was able to build a carrier puts it in a rare club of nations.

Now the first homebuilt carrier is about to undergo its next level of tests before entering service.

“The Shandong will probably start its drills and training on the high seas later this year, which is a necessary step for it to achieve initial operational capability [IOC], a source to the PLAN told the South China Morning Post.

Not Exactly Ready for War

Earlier this month state broadcaster China Central Television had released footage that showed how the carrier had been continuing preparations for ever more advanced high sea trials during the ongoing coronavirus pandemic.

The carrier has a crew of some 5,000 sailors including the air wing, and due to Covid-19 restrictions, much of the official state TV footage was actually shot by the crew – offering a rare view inside the twenty-story accommodation and operations block of the carrier.

After being handed over to the PLAN from the shipbuilder it was expected that it would take at least eighteen months for the aircraft carrier to reach IOC. According to the CCTV video footage, the carrier features more than 12,000 different equipment systems, which all of course would need to be tested. To date, the Shandong has conducted nine sea trials, which were completed in Bohai Bay or the South China Sea – relatively close to the warship’s home base in Sanya, Hainan province.

The video also gave some insight into the carrier’s capabilities including its ski-jump for launching jets, which was reported to be fourteen degrees rather than the twelve degrees that past experts had believed it to be. The South China Morning Post also reported that because of the thrust of China’s J-15 fighter jet, the ramp angle was believed to been reduced but various angles were tested range from eight to sixteen degrees.

Flight operations are just some of the testing to be completed before the carrier will reach IOC.

Shandong isn’t alone in having to undergo such lengthy trials. The United States Navy’s newest carrier, USS Gerald R. Ford (CVN-78) has also been undergoing numerous sea trials. It was only last year that the nuclear-powered warship – and the largest military vessel in the world – completed its Flight Deck Certification (FDC) and Carrier Air Traffic Control Center (CATCC) Certification