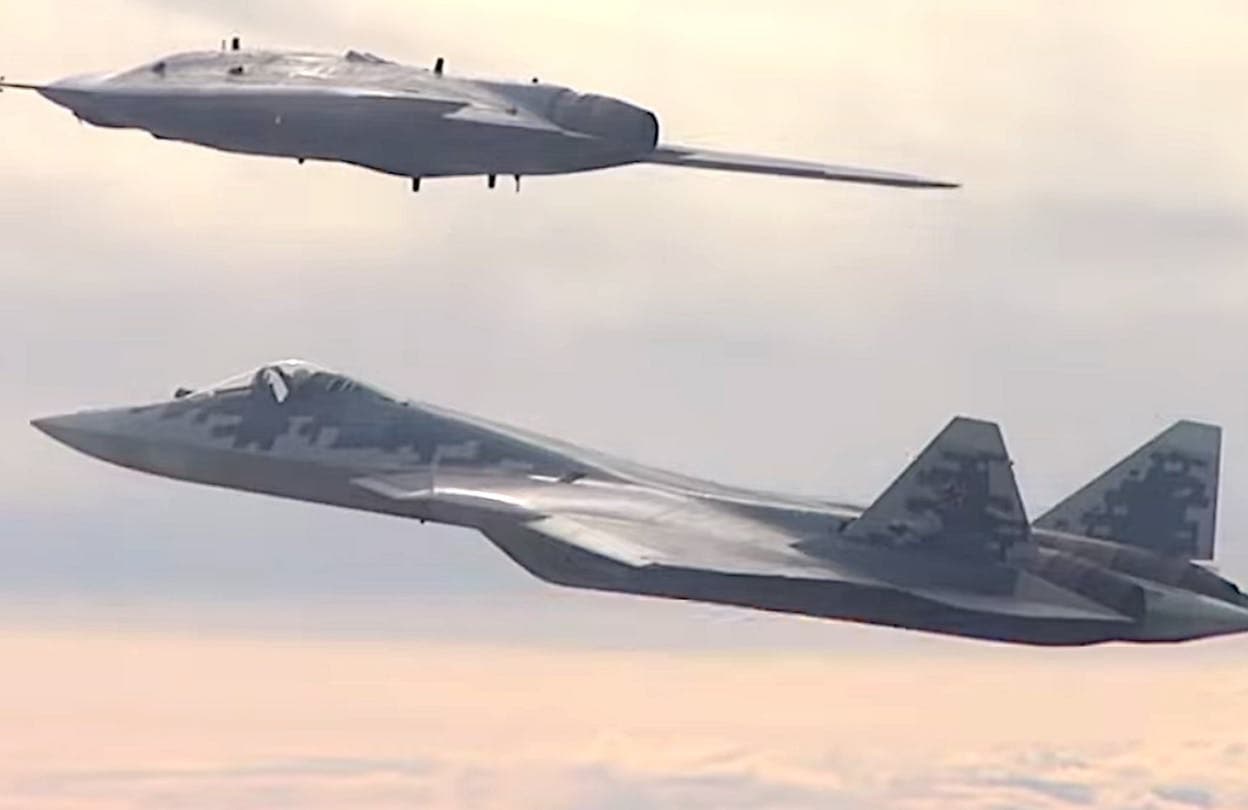 The Board of the Russian Military-Industrial Commission announced this week that deliveries of the Sukhoi S-70 Okhotnik-B, a stealth heavy unmanned combat aerial vehicle (UCAV) is on track to enter service in 2024.

The combat drone is being developed by Sukhoi and the Russian Aircraft Corporation MiG as a sixth-generation aircraft project, and it is based on the earlier Mikoyan Skat, which was designed by MiG.

“Okhotnik deliveries to the troops are planned to begin as early as in 2024,” Andrey Yelchaninov, the first deputy chairman of the Board of the Russian Military-Industrial Commission, said in an interview with Rossiyskaya Gazeta, Tass reported.

Yelchaninov further reiterated that these drones can operate under the control of a fifth-generation Su-57 fighter jet pilot.

“These planes and drones can interact not only with each other, but also in various types of combat formations,” Yelchaninov said. “Within a very short timeframe, there will be a possibility to control several Okhotnik drones from the Su-57 cockpit.”

The program has been under development since 2011, and the first mock-up for ground testing was produced in 2014.

A prototype, which showed the UCAV’s flying wing configuration, was reportedly first revealed in 2017. It performed its debut flight on August 3, 2019, which lasted over twenty minutes under an operator’s control; and on September 27, 2019, the Okhotnik performed a flight together with a Su-57 fifth-generation fighter jet.

During the exercise, which lasted around thirty minutes, the Okhotnik was able to maneuver in the air in automated mode at an altitude of around 1,600 meters.

“It has already been tested in conjunction with the Su-57 fifth-generation plane,” Sergei Chemezov, head of the state high-tech conglomerate Rostec, told reporters in December. “This is a cutting-edge drone that can fly to long ranges and be controlled both by an operator on the ground and by the crew of an aircraft operating in conjunction with it. The drone can also carry quite powerful armament.”

The Okhotnik UCAV features stealth technology and a flying wing design, with a wingspan of approximately sixty-five feet and it lacks a tail section.

According to the data of Russia’s Defense Ministry, the drone has an anti-radar coating and is outfitted with equipment for electro-optical, radar and other types of reconnaissance.

It is believed to be powered by either a single AL-31F turbofan – the same used on the Sukhoi Su-27 fighter, or by the improved AL-41F derivative that is installed on the Su-35S fighters and Su-57 prototype aircraft. The drone has a reported take-off weight of twenty tonnes and can reach speeds of 1,000 km per hour. It has a range of 6,000 km and a combat range of 4,000 km.

It features two internal weapons bays that can carry up to 2,000 kg of guided and unguided munitions.