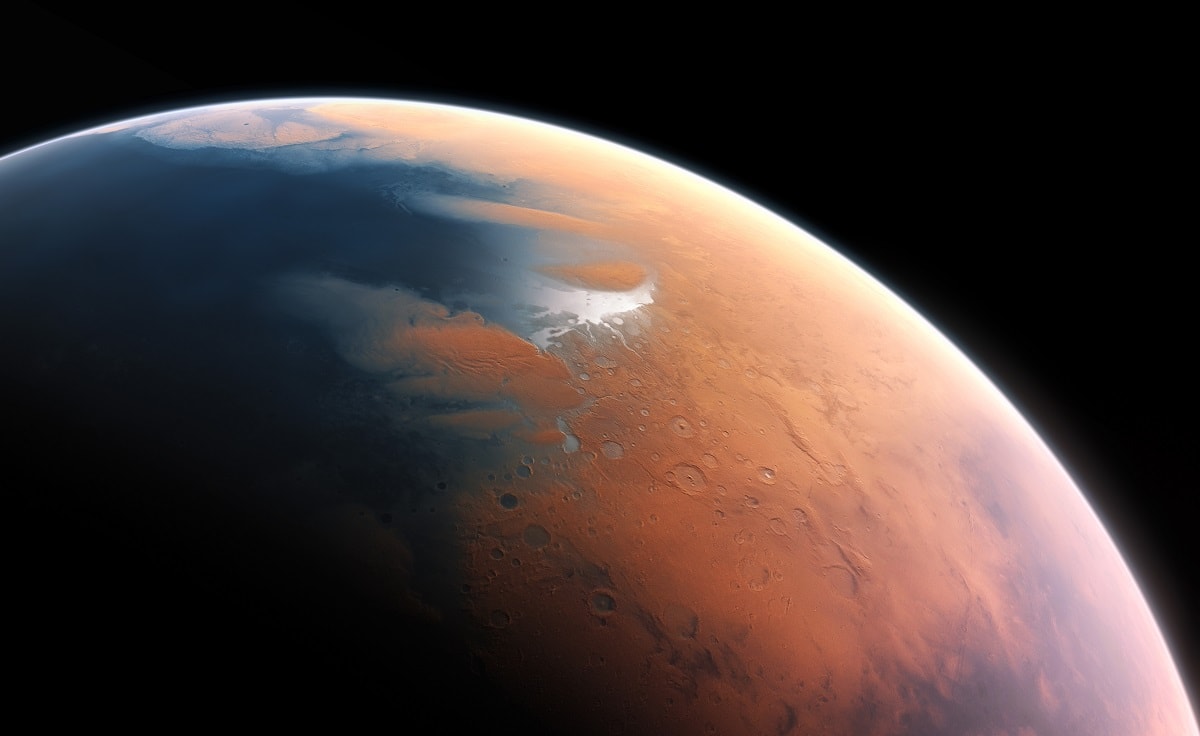 This artist’s impression shows how Mars may have looked about four billion years ago. The young planet Mars would have had enough water to cover its entire surface in a liquid layer about 140 metres deep, but it is more likely that the liquid would have pooled to form an ocean occupying almost half of Mars’s northern hemisphere, and in some regions reaching depths greater than 1.6 kilometres.

In February, China’s space agency proudly confirmed that the ultra-ambitious rover mission that it had launched in July had finally reached orbit around Mars.

Soon after a “braking” maneuver, the probe moved into “an elliptical Martian orbit with a perigee of about four hundred kilometers and a circling period of ten days,” it added.

The arrival of the Tianwen 1 spacecraft to Mars made China the sixth country or space agency to have a probe orbiting the planet—following the United States, the former Soviet Union, the European Space Agency, India, and the United Arab Emirates.

Wang Chi, the director of the National Space Science Center at the Chinese Academy of Sciences, has been quoted as saying that the Tianwen 1’s lander and rover are expected to make a historic landing on Mars next month.

“The first Chinese Mars mission, Tianwen 1, is now orbiting Mars, and we are landing in the middle of May,” Wang said in a recent presentation to the National Academies’ Space Studies Board.

“We are open to international cooperation, and the data will be available publicly soon.”

If the touchdown on the Red Planet is successful, China would become only the third country after the United States and the former Soviet Union to make a soft landing on Mars.

China, though, may have even bigger plans for the red planet.

Even as far back as 2019, the China Aerospace Science and Technology Corporation hinted at plans to eventually send astronauts to the surface of Mars.

“The next steps in (China’s) manned space programs will be manned exploration of the moon,” the state-owned space organization said in a statement.

“(We will) set up bases on the moon to conduct scientific operations, expand a habitable place for mankind and gain experience and expertise for deep-space expeditions beyond the moon. The long-term goal is to send humans to Mars.”

Pang Zhihao, a space technology researcher in Beijing, told China Daily that some Chinese scientists already have proposed a manned Mars mission before the year 2050.

“Sending astronauts there will give man better opportunities to look for traces of life on Mars. This is important because in our solar system, Mars resembles Earth the most, so research into the possibility of the existence of life there will enable us to better understand the origin and evolution of life on our mother planet,” he said.

“Also, there are theories that Mars was very similar to Earth in terms of environment billions of years ago, so manned missions will allow extended, specific surveys that will help to forecast how Earth will likely grow.”