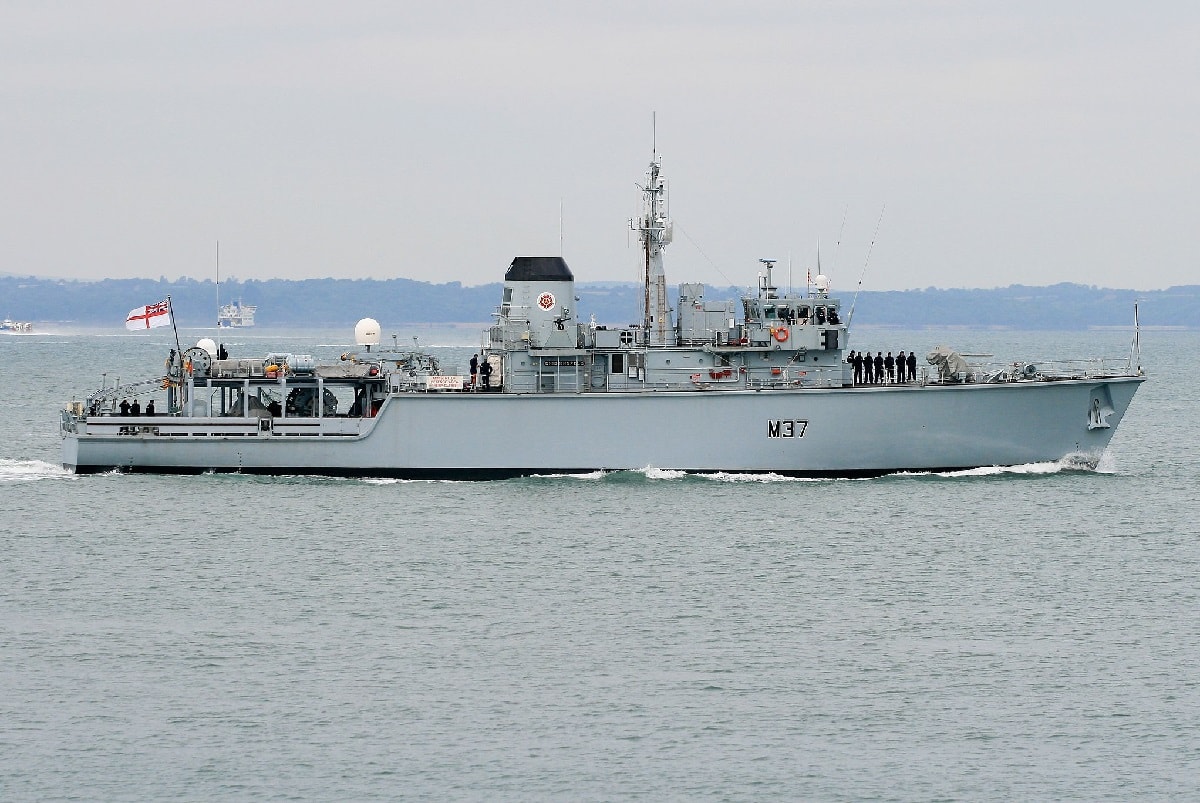 The Royal Navy found itself in the spotlight of the British tabloids again, this time for damage incurred on HMS Chiddingfold during an attempt to dock the Hunt-class mine countermeasure vessel.

Under the command of Lieutenant Commander Simon Reeves, Chiddingfold reportedly collided twice with HMS Penzance as the captain tried to dock the warship in the dark for the first time at the UK’s naval base in Bahrain. The Navy has blamed “wind, tide and equipment failure” for the March 16 incident, the Mirror newspaper reported.

The 200-foot, 700-ton Gulf-based minehunter suffered a hole in its glass-reinforced plastic hull, with the damage being estimated at £100,000 ($138,000 USD). Even worse, the Hunt-class vessel will now be out of service for several months as she undergoes repairs.

It was the first time that Reeves had docked the warship at night in low visibility conditions, while he is reported to be an experienced officer who has served on the class for ships in the past. He made efforts to keep the collision from occurring. “He slammed her (Chiddingfold) into reverse, but it was too late,” a Royal Navy source told The Sun.

HMS Chiddingfold had sailed to the Persian Gulf with HMS Penzance – the warship she collided with – last year as part of a three-year deployment to the region. The mine countermeasures vessel is likely as old as or even older than many of the sailors who serve on her. She was launched in October 1983, and formally entered service with the Royal Navy. Her main purpose is to find and destroy mines in wartime and peacetime.

It has been reported that there are as many as a quarter-million sea mines still active from the Second World War, and they pose a threat to both military and civilian ships. It was just this month that a training mine washed up on a Florida beach.

Chiddingfold is able to enter many types of minefields without detonating any of the mines detonating, thanks to the hull’s glass-reinforced plastic construction, whilst many of her fixtures are made of non-ferrous metals. That reduces the ship’s magnetic signature to a bare minimum. The warship had undergone a year-long mid-life upgrade in 2012, which included the replacement of her engines, gearboxes, propellers, and thruster systems. She was the first vessel of the Hunt-class to undergo the refurbishment and upgrades.

Along with HMS Penzance, she had been previously deployed to the Gulf region for three years from 2014 to 2017.

“Repairs to HMS Chiddingfold will take place during the maintenance period she returned to Bahrain for,” a Royal Navy spokesman told the Mirror. “Our other ships in the region continue to carry out their duties as usual and there is no impact to operational commitments. Whilst this berthing incident is under investigation, early indications are that a combination of wind, tide and equipment failure frustrated attempts for HMS Chiddingfold to remain clear of another Minehunter.”

According to multiple reports, HMS Penzance has remained seaworthy.