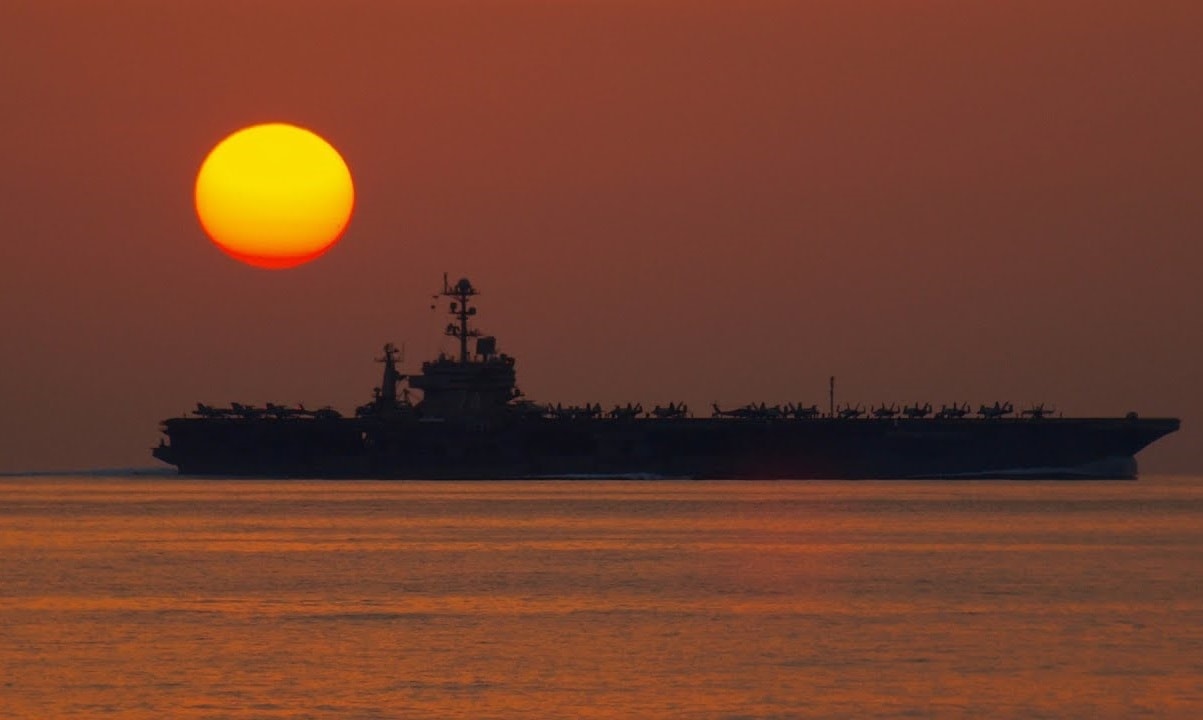 Earlier this week, in response to an escalating dispute in the area between China and the Philippines, the U.S. sent an aircraft carrier to the South China Sea.

The move coincided with the U.S. and the Philippines planning military exercises, which are to last two weeks and are known as “Balikatan” (Shoulder-to-Shoulder).

One Chinese aircraft carrier, in turn, has also reportedly entered the area.

Now, there’s a report that China has “simulated an attack” on the U.S. aircraft carrier that’s in the area, one which triggered Taiwan’s air defense radars.

The report from Newsweek cited defense analysts, including Su Tzu-yun, described by Newsweek as a senior fellow at Taiwan’s defense ministry-backed Institute for National Defense and Security Research.

According to Newsweek, the Chinese fleet “likely simulated an attack on a U.S. aircraft carrier group [with] a record 25 fighter jets and nuclear-capable bombers.”

The attack came after the arrival of the Theodore Roosevelt Carrier Strike Group, and also the recent comments by U.S. Secretary of State Tony Blinken, who warned China not to threaten Taiwan.

“What we’ve seen, and what is of real concern to us, is increasingly aggressive actions by the government in Beijing directed at Taiwan, raising tensions in the Straits,” Blinken said during his Sunday appearance on “Meet the Press.” Per The Guardian, Blinken also criticized Beijing for its handling of the coronavirus pandemic.

The Newsweek report stated that 14 J-16 fighters and four H-6K heavy bombers were among 25 aircraft which combined to “breach the zone between Taiwan proper and its outlying Pratas Island.”

Per Insider, something similar took place back in January, when a group of Chinese military aircraft also “flew past Taiwan and into the Waterway,” including a “simulated attack” on a U.S. carrier. This took place the week of President Joseph Biden’s inauguration.

Meanwhile, last September, per Reuters, China’s air force released a video showed yet another simulated attack, this time depicting “nuclear-capable H-6 bombers carrying out a simulated attack on what appears to be Andersen Air Force Base on the U.S. Pacific island of Guam.”

The incidents are part of a pattern of confrontation between the U.S. and China, who are at odds on various fronts ranging from trade disputes to the handling of the coronavirus to various positioning of forces.

The South China Sea dispute has been ongoing for several weeks, with the Phillippines objecting at first to the presence of dozens of ships in disputed territory. The Phillippine government says the ships are run by China’s maritime militia, although the Chinese say they are merely fishing vessels.