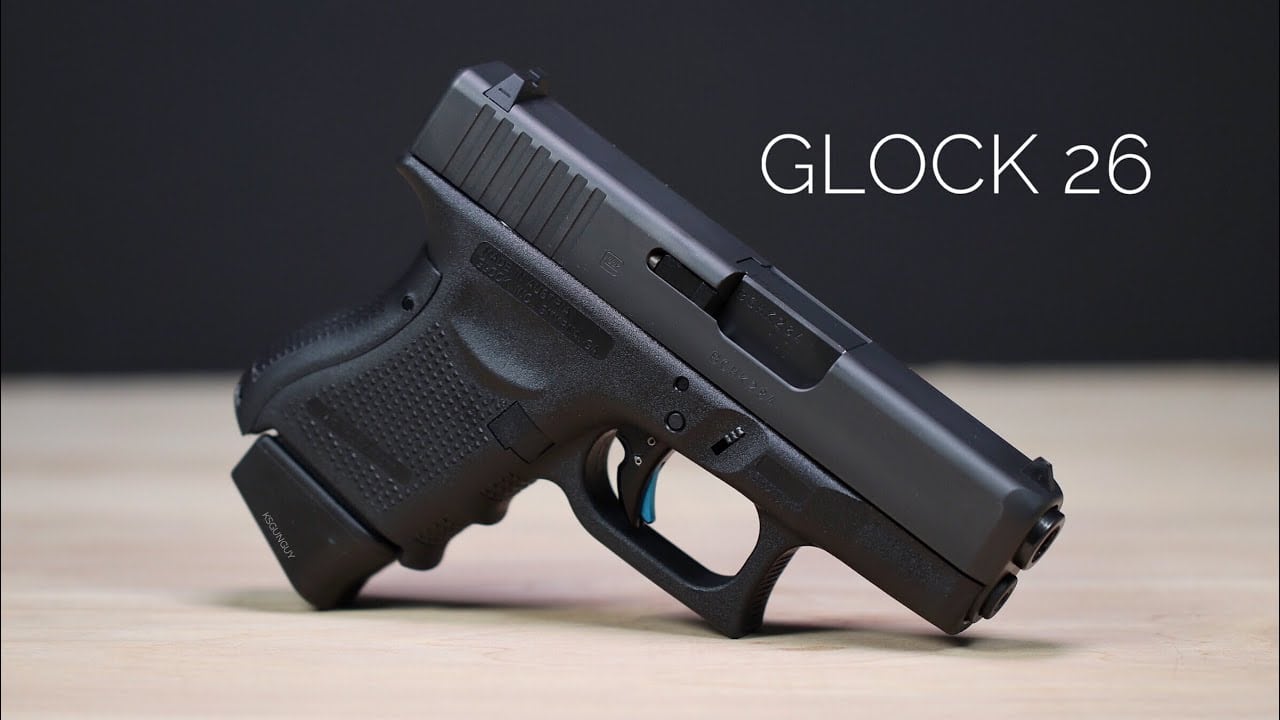 The Glock 26 combines everything you’d want in a subcompact pistol: a relatively high capacity for its size on a small and concealable platform without sacrificing Glock’s reputation for accuracy and quality.

Glock, the Austrian firm well-known for their very diverse line of pistols, also has a line of subcompact pistols that are pretty incredible. Small and light-weight, these pistols don’t necessarily have the same high magazine capacity of other, larger Glocks, nor do their smaller 9x19mm chambering pack quite as much of a punch. But, they’re easy to tuck away, hidden and concealed.

Of particular note is Glock’s G26. The Austrian company released the first G26 pistol in the mid-1990s, though the pistol’s small size hearkens back to a time when private eyes and law enforcement relied on subcompact snub-nosed revolvers for their concealed carry protection. Though rather than a 5- or 6-shot cylinder without much of a quick reloading capacity, the G26 offers 10 rounds of 9mm — or more with an additional magazine.

And, in addition to standard magazines, the G26 can accept magazines with a capacity of up to 33 rounds, though this of course makes the pistol hardly concealable. Even when just using the smaller standard 10-round magazine, the Glock 26 has a higher capacity than most of its subcompact competitors.

The newest Glock G26, the company’s Gen 5 update, features a number of improvements over its predecessor that make it even better.

First and foremost, the G26 is built around Glock’s Marksman Barrel, a design that features “enhanced barrel rifling based on the proven polygonal barrel design which delivers improved accuracy.”

Glock is known for their unique barrel design, which the company claims provide for a better seal between the bullet and barrel, which translates into better accuracy and less barrel fouling and wear. In the case of the G26, the barrel is 87 millimeters in length or 3.43 inches.

The pistol’s metallic slide also features serrations on both the front and rear for better handling. The slide is also slightly wider at the rear, providing for a better pull surface. The slide is treated with Glock’s nDLC treatment, essentially a dull matte finish that prevents light from reflecting off the slide, and offers corrosion and abrasion resistance.

Additionally, the G26’s grips are redesigned. Gone are the finger grooves that the pistol previously featured, the pistol instead features a smoother grip with a redesigned texture pattern for a better grip.

Despite being known as the “Baby Glock” the G26 doesn’t cut corners and offers a great magazine capacity for its size on a lightweight and concealable platform without compromising Glock’s reputation for accuracy and quality.

In this article:Glock, Glock 26, Glock 26 Concealed Carry, Glock 26 Self Defense