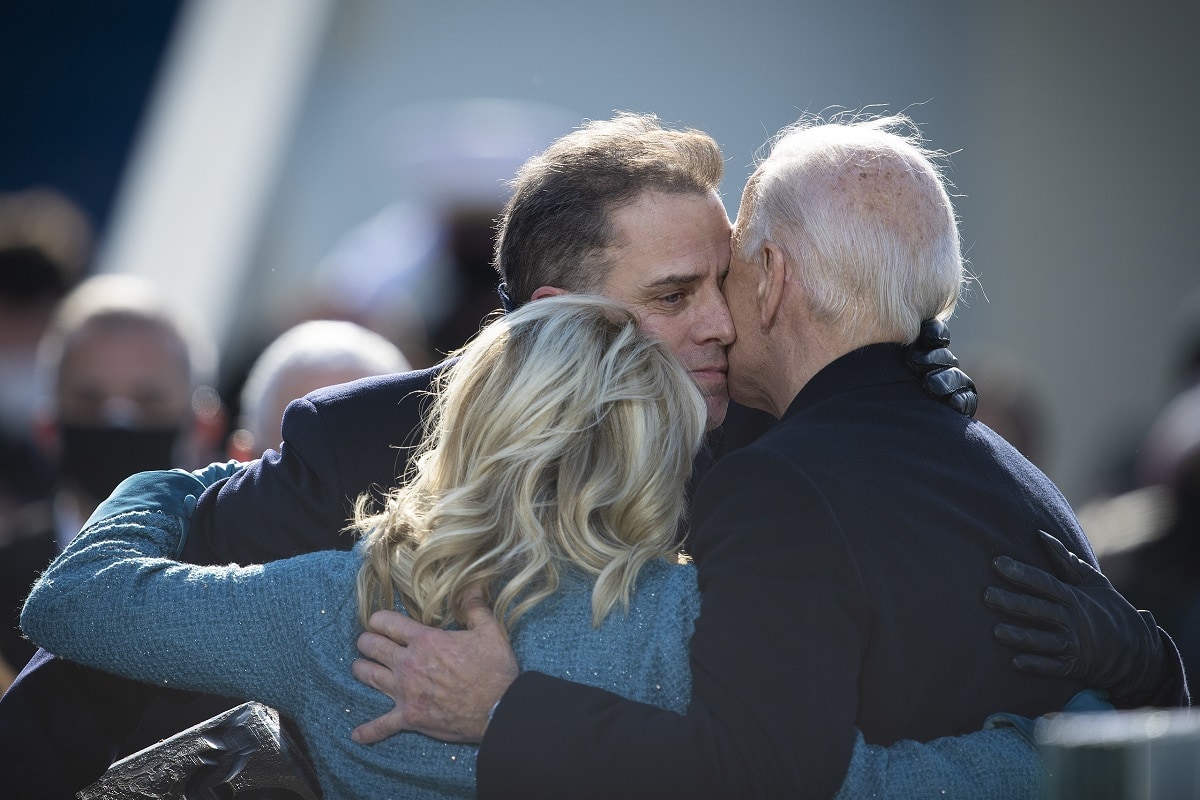 President Joe Biden‘s son, Hunter Biden, has what can only be described as a “complicated” background. And that is putting it quite gently.

The fifty-one-year-old second son of the president has admitted to having had a serious drug problem as well as a sexual relationship with Hallie Biden, the widow of his deceased elder brother Beau. Both are now in the spotlight after Hallie tossed Hunter’s .38-caliber pistol into a supermarket trash bin in Delaware during their tryst over fears he might hurt himself during a particularly dark moment for Hunter.

The news of this strange tale began to circulate last month when Politico broke the story of the October 23, 2018 incident. After fearing that it wasn’t the correct way to dispose of a firearm – it isn’t – Hallie returned to the scene and was unable to find the firearm. Soon after, the local police began to investigate, in part because the trash bin was located across the street from a high school and there were very legitimate fears that the firearm could be used in a crime.

Already, the story has all the makings of bad judgment that would land most Americans in front of a judge if not a stint in jail. Complicating the story is that Hallie reportedly had a concealed carry permit, so she should have been versed in the seriousness of her actions.

The gun shop’s owner then turned over the paperwork to the Bureau of Alcohol, Tobacco, Firearms and Explosives (BATFE), the agency that actually oversees firearm laws. It should be stressed that unless a firearm was used in connection with a crime related to the president there is absolutely ZERO reason for the Secret Service to be involved in a gun-related matter.

Even more confusing is the fact that the Secret Service has said it has no record of the incident being investigated, and Joe Biden – who was only a candidate for the Democratic nomination – was not under Secret Service protection.

As Politico reported, “the alleged involvement of the Secret Service remains a mystery. One law enforcement official said that at the time of the incident, individual Secret Service agents at the agency’s offices in Wilmington, Del., and Philadelphia kept an informal hand in maintaining the former vice president’s security.”

Luck was on the Biden family’s side, as the gun was eventually returned by an elderly man who found the gun in the grocery store’s bins. The bizarre incident somehow didn’t result in any charges or arrests for either Hallie or Hunter.

Did Hunter Break the Law?

Even before the handgun was tossed in the trash, the question is why and how he was able to even own it.

Hunter Biden, who was also discharged administratively from the U.S. Navy after testing positive for cocaine, has a history of drug addiction, something his father never tried to hide on the campaign trail. While it could be seen as admirable that Joe stood by Hunter, the question must be asked: How did Hunter “legally” obtain the handgun?

Clearly, this is a case of a failure of a background check, or is it?

Politico has obtained copies of the Firearms Transaction Record, as well as a receipt for the gun dated Oct. 12, 2018. Hunter had reportedly responded “no” to the question on the transaction record that specifically asked, “Are you an unlawful user of, or addicted to, marijuana or any depressant, stimulant, narcotic drug, or any other controlled substance?”

That “no” answer seems to contradict other reporting, and Hunter’s own memoirs suggest he spent time with thieves, addicts, and con artists and he even suggested he knew how to “cook” numerous drugs.

Clearly, Hunter took a page out of former President Bill Clinton‘s playbook in answering a direct question – he interpreted it as he saw fit and answered accordingly. Clinton did not have sexual relations with that woman by his definition of sexual relations, and Hunter isn’t an addict for the same reason.

Except most recovering addicts are able to admit they’re in fact addicts. So Hunter just lied.

Even if he may not be “addicted” to drugs at this time he certainly used them enough that legal ownership of a firearm should be out of the question. Either way, lying on such forms is a felony.

Moreover, Hunter may not be the only Biden in hot water for those actions two and a half years ago.

And as the National Rifle Association’s Institute for Legislative Action (NRA-ILA) noted, as a U.S. senator, Joe Biden was a key proponent of the federal “Gun-Free School Zones Act of 1990,” which Hallie was clearly in violation of when she so casually tossed Hunter’s gun into the trash.

Still, no charges have been made, and the White House hasn’t pressed the issue.

In fact, President Biden hasn’t addressed the issue. A White House spokesperson only told Politico, “President Biden did not have any knowledge of, or involvement in, the Secret Service’s alleged role in this incident, and neither he nor any family member was a protectee at that time.”

Perhaps the worst part of the story is that the media has failed to even report on it. Of course the same wasn’t true when President George W. Bush’s daughters were caught being served alcohol while underage. That was considered big news, but a gun illegally disposed of that was likely illegally purchased by an admitted drug addict seems unworthy of media scrutiny.