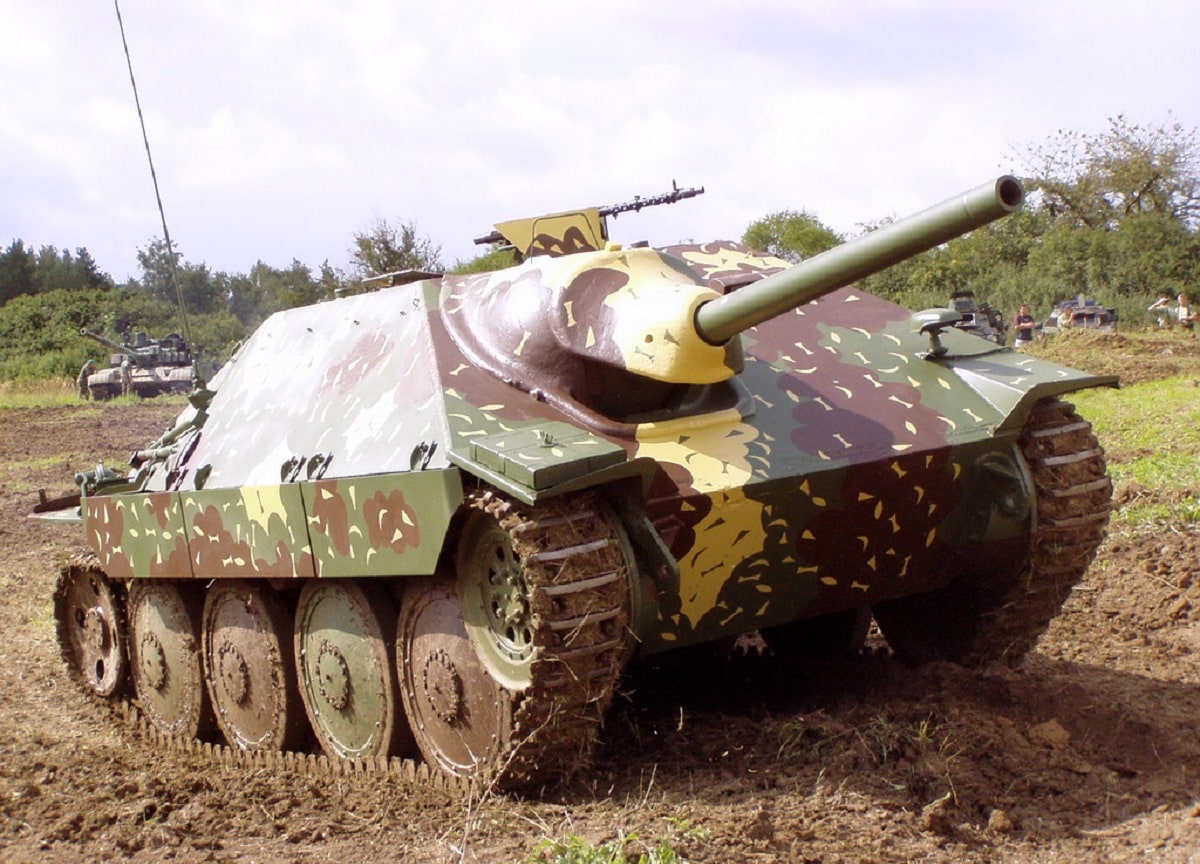 Not only were a huge number of armored cars and tanks produced but also a very high number of tank destroyers and other anti-tank weaponry also made their combat debut.

The Allies ultimately prevailed, thanks to a number of different factors, though in the case of tanks, Allied armor was in some way more remarkable for the sheer number of vehicles that were manufactured and pushed into the fight than they were for their technological sophistication.

Nazi Germany, on the other hand, was one of the pioneers of modern tank design, and fielded a huge number of vehicles, from early war light tanks to late war heavy tank destroyers that featured a number of improvements in firepower and protection.

Interestingly enough, one of Nazi Germany’s anti-tank workhorses actually had its roots in Romania. Despite the Nazi’s fanatic racial ideology, they took a keen liking to one Romanian armor design: the Mareșal tank destroyer.

The Mareșal was a sort of Frankenstein’s monster, made up of various other tank parts that were available to the Romanian armed forces.

Starting with a Soviet T-60 light tank chassis, Romanian designers removed the turret and mated a casemate in its place in order to accommodate a larger diameter main gun.

The result was a squat, rather compact but not necessarily underpowered light tank destroyer. Hitler and the Nazis were sold.

The German equivalent was dubbed the Hetzer, roughly translated as agitator or chaser. In many ways, it followed the design principles laid down by the Mareșal. Like its Romanian counterpart, the Hetzer started with a slightly lengthened Panzer 38(t) chassis, an older light tank design that in its original configuration was virtually ineffective against most armored vehicles by the latter stages of the war, but was mechanically reliable and could be manufactured quickly in larger numbers.

Thanks to its steeply sloped armor casemate, the Hetzer was both relatively well protected and low-profile, better able to remain hidden compared to larger German tanks. It also sported a decent-sized 7.5cm main gun that could reliably take down most Allied armored vehicles at about 1,000 meters or closer. This video gives a good overview of the design and is worth the watch.

When compared to other German tank destroyers of the era, the Hetzer was among the lightest in terms of both curb weight and gun size. Despite this, it was actually quite a capable little tank destroyer, able to destroy most Allied tanks is expected to face, except for later heavy tanks at long ranges.

Interestingly enough, the tank’s MG 34 machine gun was remotely operated and allowed its crew members to remain protected inside the tank while firing.

One of the Hetzer’s strongest aspects was its small size. Given the gun’s emplacement in the casemate, the Hetzer had limited traverse and elevation, making it unsuited to running battles with other tanks. It was however able to more easily remain concealed than larger tank destroyers, which gave it an ambush capability that was nearly unrivaled.

Given the Hetzer’s reliability and ease of production, it was made in large numbers and was likely one of the most-produced German tank destroyers of the war.