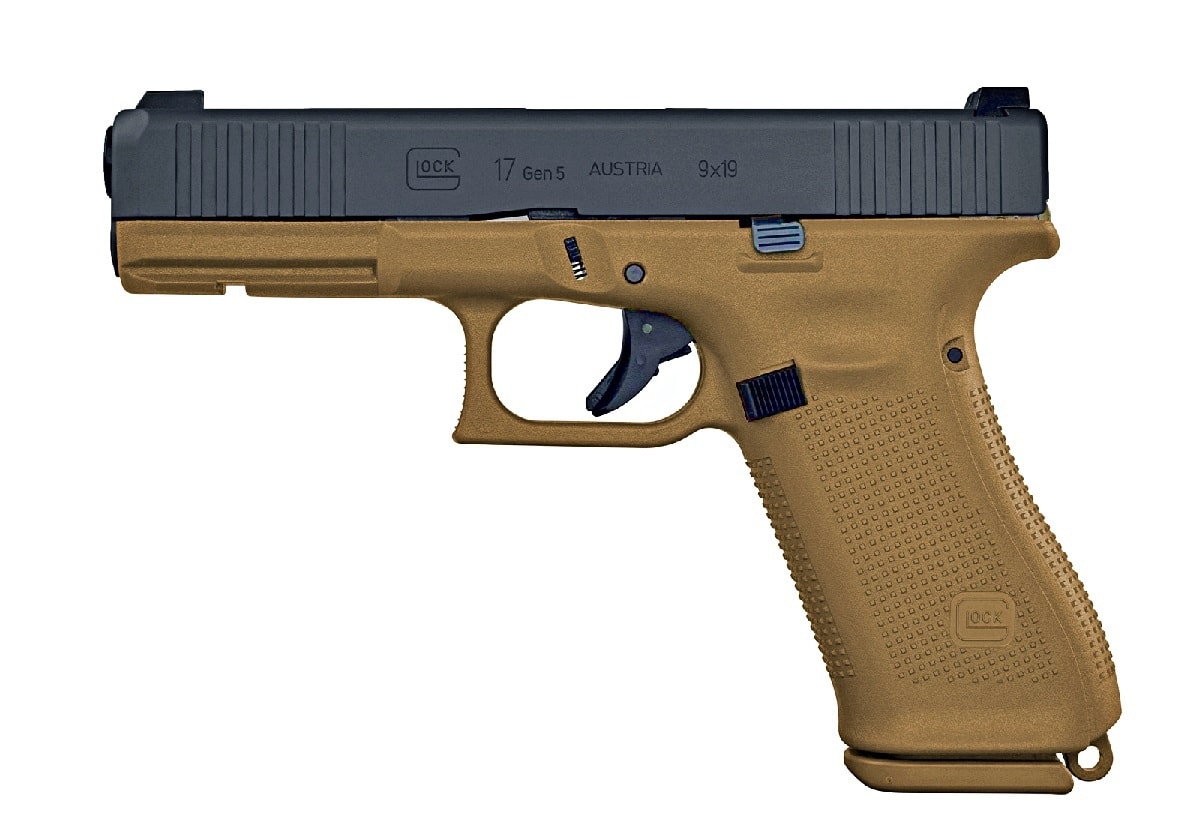 A "fifth generation" Glock 17 as adopted by the French Armed Forces in 2020, standard version specifically made for the FAF: front serrations, coyote brown grip, lanyard attachment.

Is a new gun magazine ban coming? Democratic lawmakers have a plan to keep Americans safe, and it involves limiting the size of magazines for firearms.

This new piece of gun control legislation would ban the sale, manufacture, transfer, importation, and even possession of firearms magazines that can hold more than ten rounds.

Not a single Republican supported the bill, and none of the Democrats – including Pennsylvania’s Casey, who is not up for reelection until 2024 – are in states that could potentially flip back to Republican control in the mid-terms.

Introduced on Wednesday, the bill comes just a week after President Joe Biden called upon Congress to ban so-called “assault weapons” as well as “high-capacity” magazines as part of wider gun control measures. This isn’t the first time such larger capacity magazines have been so openly demonized by lawmakers. Magazines that held more than ten rounds were banned for ten years under the Federal Assault Weapons Ban of 1994.

“There’s no reason why anyone, other than military, needs a gun magazine that holds more than 10 rounds,” said Rep. DeGette. “It’s past time for Congress to act on common-sense gun safety measures such as this. Banning the sale of high-capacity magazines in this country will save lives and Congress needs to act on this legislation immediately.”

However, the Department of Justice (DoJ) conducted a study in 2004 that concluded that such a ban actually did little to reduce gun violence.

“Should it be renewed, the ban’s effects on gun violence are likely to be small at best and perhaps too small for reliable measurement,” the study concluded.

“High capacity magazines are the common denominator in the deadliest mass shootings in modern American history,” said Brady President Kris Brown in a statement. “Whether coupled with a handgun or an assault rifle, high capacity magazines increase the lethality of every shooting and it is long past time that we limit how many times a trigger can be pulled before a shooter needs to reload. The Keep America Safe Act will keep these instruments of war off our streets and help to eliminate this threat to public safety and law enforcement. Brady thanks Rep. Deutch for introducing this common-sense and important bill.”

As part of the newly introduced bill, a high-capacity magazine program would be authorized – but lawmakers were quick to address that the ban would not include any magazines someone already currently possesses. Owners would therefore be allowed to keep such “high capacity” magazines they already have, but would not be allowed to transfer or sell them to anyone else.

Given that these aren’t actually traceable, it isn’t clear how that law could be enforced. Arguably gun shows could ban the sale of such items, but it would be a Herculean task for law enforcement to even attempt to stop personal sales from being conducted. It is also unclear what punishment would be in place should someone attempt to transfer/sell a high-capacity magazine if the bill becomes law.

The lawmakers also suggested that while the sale of newly manufactured “high capacity” magazines would be banned for private sale, there would be exceptions for certain current and former law enforcement personnel. These would be marked with a “conspicuous serial number” as well as the date of manufacture, which could allow law enforcement to trace these accordingly, to stop black market sales.

The bill also would prevent coupled or joined magazines. That would likely make it illegal to use tape or other low-tech solutions to join magazines, but as with other provisions, it isn’t clear how this would be enforced.

This is also not the first time in recent years that a gun magazine ban has been introduced by lawmakers. The hope now could be that with the Democrats having a slim hold on the House of Representatives and control of the U.S. Senate, as well as a president who has called for greater gun control, it could pass.

If at first, you don’t succeed…introduce the bill again and again.