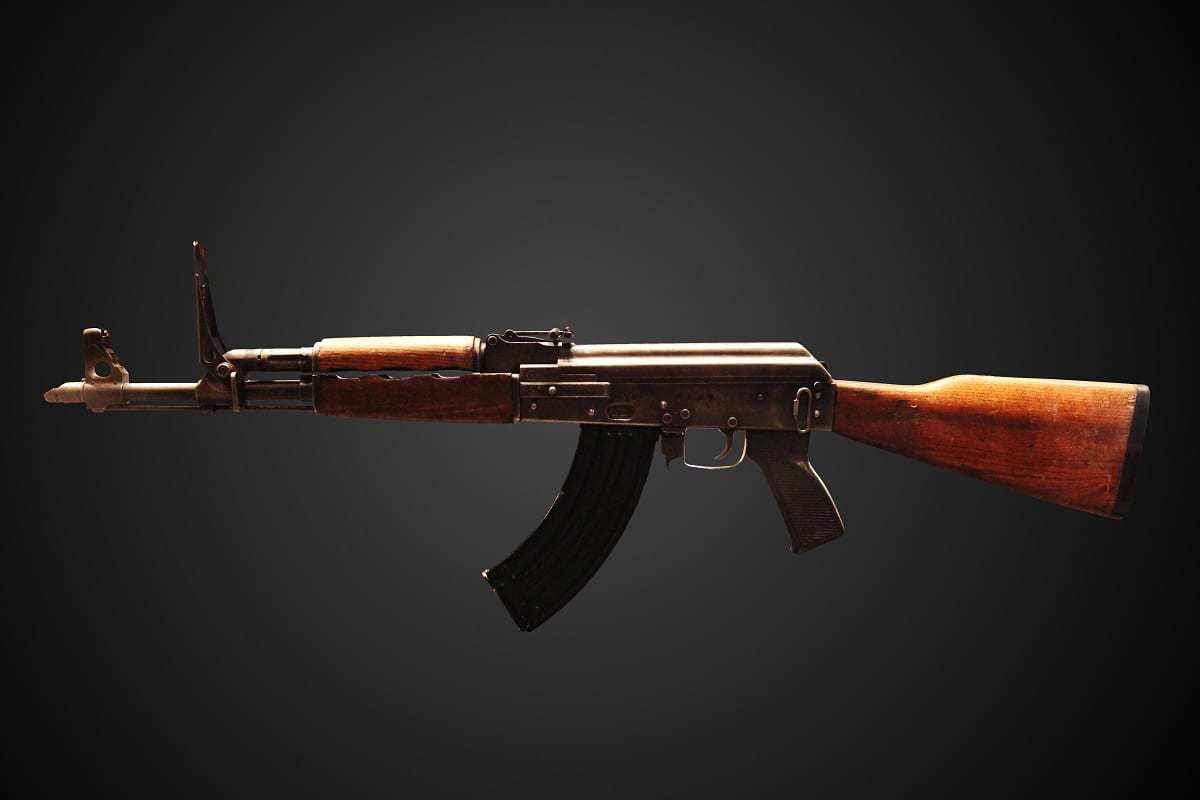 AK-47 on display at the Parachute Regiment and Airborne Forces Museum.

It is the most iconic firearm in the world, and while the Soviet Army officially adopted the AK-47 in 1949 it took nearly a decade before western observers actually saw it in action.

In the early days of the Cold War, there wasn’t our now familiar 24/7 news cycle and information only trickled out of the Soviet Union. Additionally, because of the early production issues, which included a complex milling process to make each receiver, adoption of the assault rifle was also likely slow.

It was known that the Soviet Union had a new weapon, but it wasn’t until the Hungarian Revolution of 1956 that the weapon experienced its first widespread use in combat when its baptism of fire occurred on the streets of Budapest.

That nationwide revolt was against the Hungarian People’s Republic and its Soviet-imposed policies, and it began as a student demonstration that attracted thousands to march on the capital’s Parliament building. After a student was killed when State Security Police fired on the gathering turned into a full-blown revolution that spread across the country.

Thousands quickly organized into militias and they were on the verge of toppling the regime – except that the Soviet force invaded and ensured that the Central European nation would remain under Communist rule. What began on October 23 finally ended on November 10, at a cost of some 2,500 Hungarians lives on both sides, as well as 700 Soviet troops.

In the fighting, Western observers spotted the rumored new assault rifle of Soviet design and origin, and the AK-47 was introduced to the world. The Soviet military, which helped squelch the uprising, was armed with this weapon – but it would end up being used against them as well.

“The AK-47 was only used by the Soviet Red Army during the conflict, but it was not issued in the Hungarian People’s Army, so if a revolutionist got one it can only mean that he/she acquired it from a killed/surrendered Soviet soldier,” explained Máté Balogh, museum educator at the Hadtörténeti Múzeum (Military Museum) in Budapest.

As soon as actual fighting broke out the Hungarian rebels utilized whatever weapons they could find and/or capture. Commonly captured weapons included the ubiquitous Mosin Nagant rifles, which were still the primary weapon of the distrusted Hungarian military, as well as PPSh-41 submachine guns, the latter also captured from Hungarian forces. Other weapons that were reportedly used in the uprising included notable small arms such as SKS rifles, DP-28 light machine guns and even American-made BAR rifles, which were actually in use by the Hungarian military in small numbers.

The rebellion was also quick to improvise and this is noted by the fact that dishes and large serving plates were laid on the streets as a means to trick tank crews into thinking that they were land mines.

Ironically the weapon that was so widely used by revolutionaries to follow it was first carried by anti-Communist, anti-Soviet revolutionaries. Period photos show that revolutionaries, including the “dapper” József Tibor Fejes carrying the AK-47. Fejes, who was just 22-years old at the time, were he alive today could be described as a “hipster” for his bowler hat and dark suit – and he fitting earned the moniker “Keménykalapos,” the man in the hat.

Fejes carried the AK-47 before the likes of Fidel Castro or Yasser Arafat, and it served as a lasting symbol – one that is remembered today in a free Budapest.

And while the West may have gotten its first glimpse of the AK-47 on the streets of Central Europe it would be years until another was actually able to be examined. It wasn’t until 1962 when the first recorded capturing of an AK-47. It took place thousands of miles from the streets of Hungary and occurred when Dutch soldiers surprised an Indonesian Special Forces team in Western New Guinea.