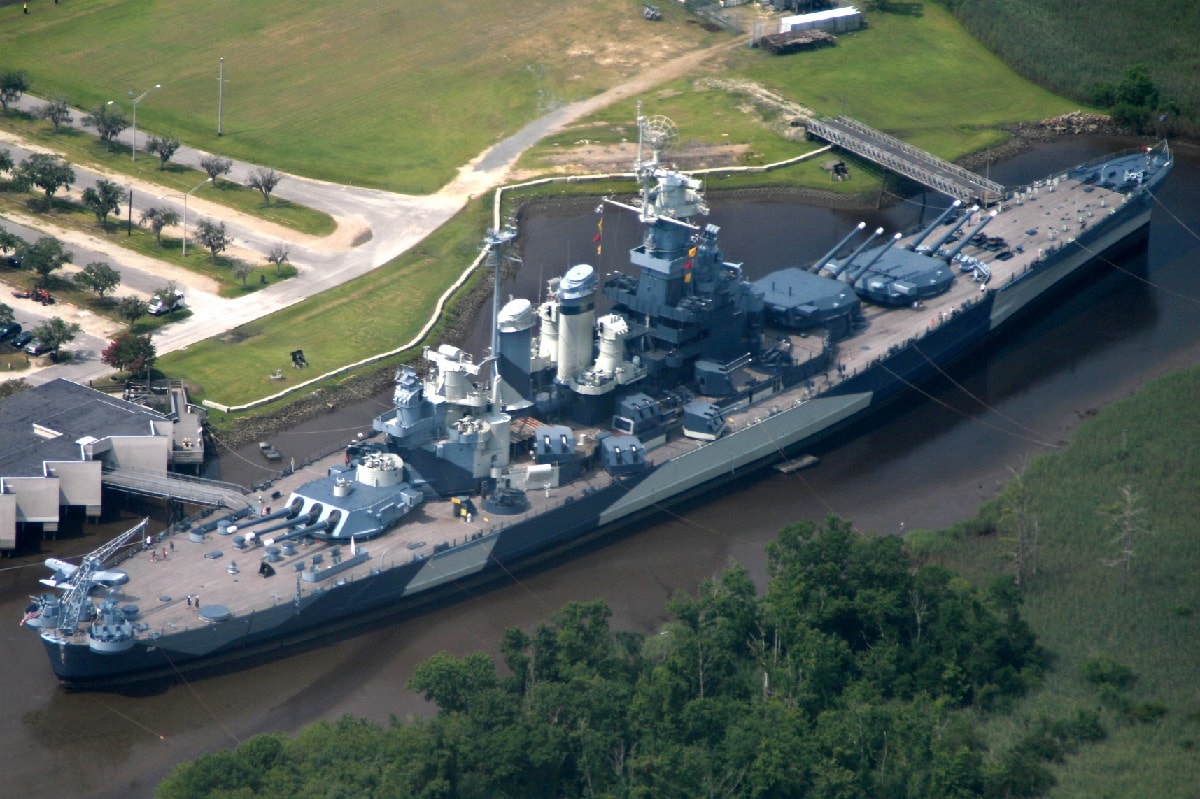 Earlier this month, the Battleship North Carolina kicked off a month-long event to celebrate the eightieth “birthday” of the World War II warship and will also mark the sixth anniversary of her arrival in Wilmington, N.C. It was on April 9, 1941 that the iconic vessel USS North Carolina was commissioned into the U.S. Navy.

The lead ship of a new class of battleships, North Carolina was also the first battleship to join the U.S. fleet in sixteen years. She was a new design of “fast battleships,” which under the Washington Naval Treaty system limited her displacement and armament, but it resulted in a vessel that could keep up with the faster moving aircraft carriers. As part of a clause in the Second London Navy Treaty, her armament was increased from the original nine 14-inch guns to nine 16-inch guns. She also was armed with twenty 5-inch/38 caliber guns in ten twin mounts.

Her wartime complement consisted of 144 commissioned officers and 2,195 enlisted men, including 86 marines.

Laid down in 1937, she was completed in April 1941 and at the time of her commissioning, she was considered to be among the world’s greatest sea weapons.

Following the attack on Pearl Harbor in December of that year, she was mobilized and originally sent to counter threats from German warships, notably the battleship Tirpitz, before being transferred to the Pacific where she took part in the Guadalcanal Campaign.

She went on to take part in every major naval offensive in the Pacific and earned fifteen battle stars.

USS North Carolina survived many close calls and near misses, and was hit by a Japanese torpedo in September 1942. The quick response from the crew ensured the battlewagon was able to remain operational and keep up with the fleet. By war’s end, she lost just ten men in action while another sixty-seven had been wounded. Despite that fact, the Japanese claimed six times the battleship had been sunk.

Decommissioned after the war in June 1947, she remained in the Inactive Reserve Fleet in Bayonne, New Jersey until it was announced she would be scrapped. However, a statewide campaign in North Carolina saved the ship and she was transferred to Wilmington, where she became the state’s memorial to its World War II veterans and to those 11,000 North Carolinians who gave their life during the Second World War.

“We’re the second most visited tourist site in the state and we know that we generate a lot for Wilmington, and it’s a real partnership, and we’re just thrilled to be a part of the downtown community,” said Michael Zalob, chairman of the Friends of the Battleship North Carolina Board of Directors.

Despite the ongoing Covid-19 pandemic, several special events and tours of the mighty warship are planned over the next six months, concluding with the anniversary of USS North Carolina‘s arrival in Wilmington.