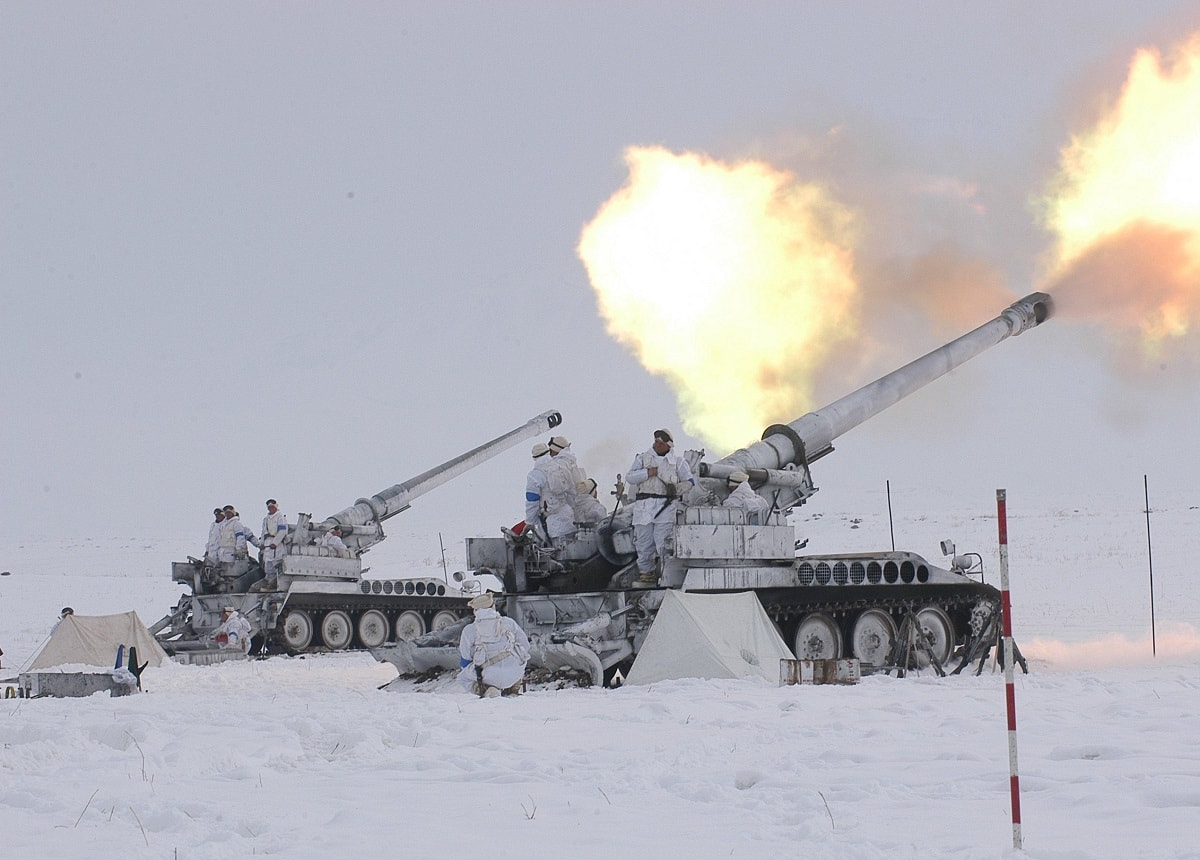 The M110 is to put it quite simply a beast of a machine. So why was it retired?

Standing over 10 feet tall and weighing nearly 30 tons, it towers over its 13-man crew. The huge machine’s profile is dominated by its incredibly large barrel which is fully 8 inches in diameter or 203 millimeters.

The large self-propelled artillery piece made its combat debut with the United States during the Vietnam War, where it was used by the U.S. Army and Marine Corps to suppress enemy air defenses, as an infantry support weapon, and as a long-range counter-battery artillery piece.

The M110 excelled in these roles partly because of the enormous projectiles it could fire — depending on the munition, the projectile weight could exceed 200 pounds. Despite the gun’s massive shell, however, the M110’s range varied from about 10.5 miles out to 15.5 miles using standard projectiles, or nearly 19 miles using rocket-assisted projectiles. And, in classic Cold War fashion, the M110 could also fire several different tactical nuclear artillery shells.

In the late 1970s, the Army upgraded the M110 by outfitting it with a longer barrel and muzzle brake, both to extend the gun’s range, and to better cope with the huge recoil forces it generated when firing.

So if the M110 was such a massively powerful platform, why did the United States retire it?

Unlike most self-propelled howitzers, the M110’s crew members loaded and operated the platform’s main gun from outside the hull, leaving them especially vulnerable to small arms attack or enemy counter-battery fire, one of the M110’s glaring drawbacks. Even from inside the hull, the crew members were protected by an approximately half-inch layer of armor plating, leaving them vulnerable to virtually everything except modest small arms fire from inside the vehicle.

The extremely large projectiles, though indeed massively powerful, were a logistical challenge. Not only was reloading the M110’s magazine a slow, painstaking chore but the heavy shells also adversely affected the howitzer’s rate of fire.

The gun’s low rate of fire was partially due to the need to depress the gun in order to load it, adding time to an already lengthy process. Furthermore, howitzers greater than 155mm have fallen out of favor for the most part, as the additional range allowed by a larger, more powerful projectile is offset by both rather slow operation, increased logistical challenges, as well as a strain on the resources needed to build it.

So, despite the M110’s awesome destructive power, it was just too impractical — and too slow to justify continued usage.