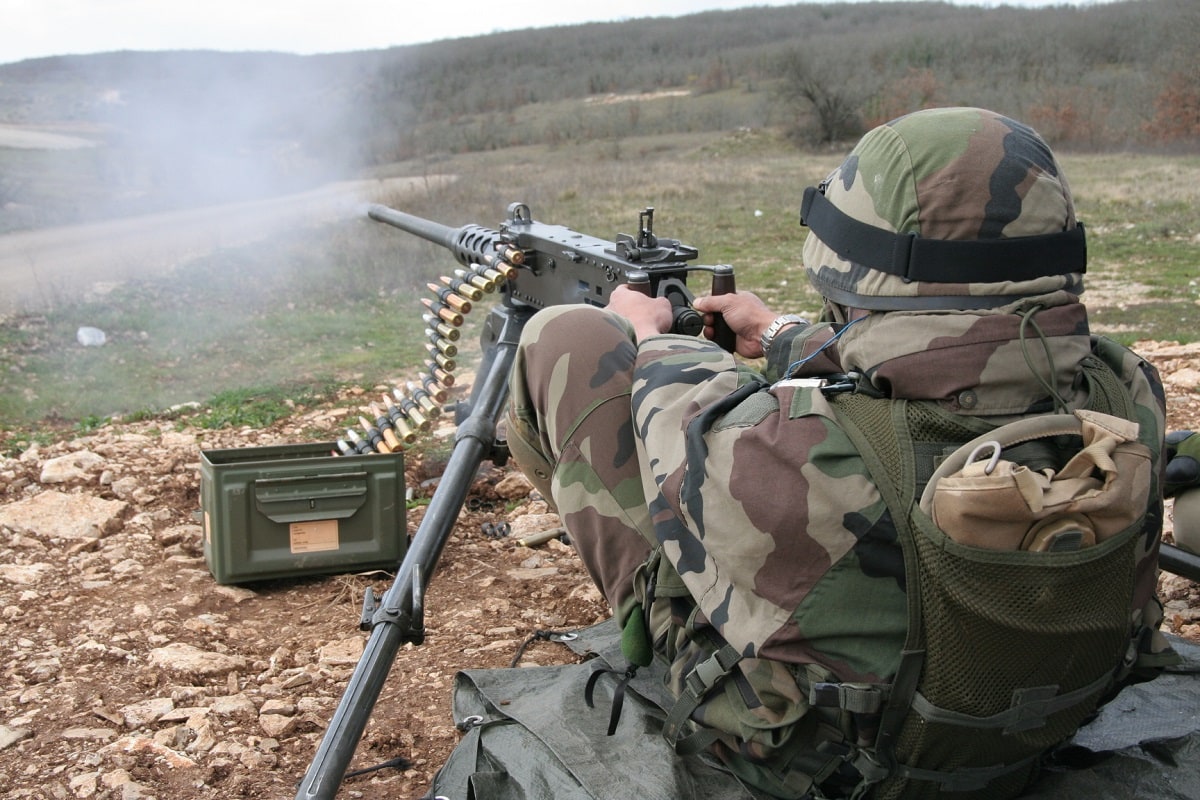 An M2HB in the French Foreign Legion's 2nd Infantry Regiment during an exercise.

The M2 heavy machine gun has been an American staple since its development during the waning stages of World War I. It was a timely response to the increasingly sophisticated and heavily armored aircraft of the era, and though it is a heavier, crew-served weapon, has remained in American and foreign military service due to its effectiveness on the battlefield.

And it isn’t hard to see why: the M2 fires the enormous .50 Browning Machine Gun, a large-diameter cartridge over 2,000 meters, making it an effective weapon against both armored and unarmored vehicles, infantry, some light fortifications, as well as aircraft at lower altitudes.

But, despite the M2’s incredible longevity and continued service, the M2 has a predecessor that is largely unknown: the MG52.

After the conclusion of World War I hostilities, the M2’s inventor, the prolific John Browning, developed several prototype machine guns around the .50 BMG cartridge, which he had also developed. One of these prototypes that actually made it from the drawing board and on to limited serial production was the Model 1924.

The M1924 was similar to the later M2, though around 1932-1933, the name of the platform changed to the MG52 (water-cooled) and MG53 (air-cooled) in order to sound more modern and hopefully help gun sales. You can get a closer look at the MG52 in this video.

Like the later M2, the MG52 fired the same .50 BGM cartridge and was in several respects quite similar to the more well-known machine gun. Both platforms used a spade-type two-hand grip with a butterfly trigger.

Of course, the most obvious difference between the M2 and the MG52 is the latter’s enormous water jacket. Like John Browning’s smaller and earlier M1917 machine gun, the MG52 was water-cooled in an effort to allow the gun longer, more sustained firing without dangerously overheating the barrel and damaging the machine gun.

Though a water jacket could have indeed allowed the MG52 longer sustained fire, it came at a cost: with a full jacket, the MG52 was by no means a lightweight weapon. Given the MG52’s weight, it was not practical for field use, used instead in fixed positions as an anti-aircraft weapon. In this capacity, with a large supply of both ammunition as well as water to cycle through the jacket, the MG52 could have excelled.

It is estimated that only a few thousand of the MG52s and MG53s were built, and though some did see limited service during World War II, the design was considered inferior to the M2, which was produced in huge numbers. Despite the lack of commercial success, the MG52 nonetheless makes for an interesting piece of history.