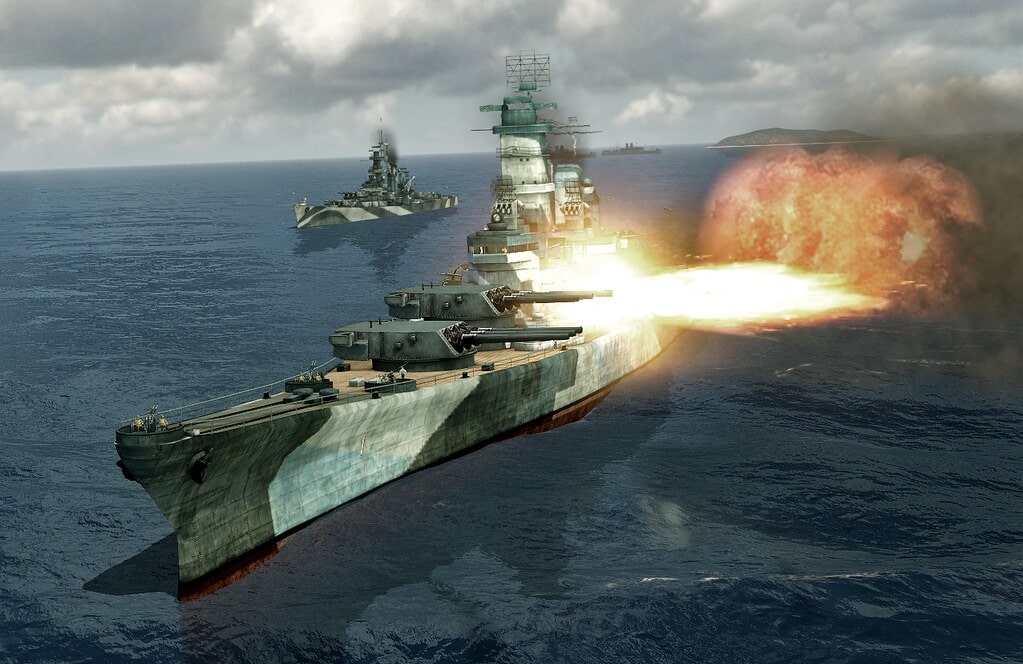 Oh, what could have been.

The U.S. Navy planned for the Montana-class to be the successors to the powerful Iowa-class battleships, and as such would have been larger in nearly every respect: longer, wider, with greater displacement, and three more 16-inch guns.

Such a design was made possible due to the United States’ Naval Act of 1938, which mandated a massive 20% increase in American naval strength in response to the German annexation of Austria and the Japanese invasion of China. The act freed the Navy from the design restrictions imposed by the Washington and London Naval Treaties that placed strict limits on naval construction after World War I in order to prevent a naval arms race.

Free to design a ship without treaty restrictions, the Navy settled on the Montana-class design. The new battleship had to be better protected and better armed than the Iowas and capable of withstanding hits from its own armor-piercing shells. The design was so much larger than previous American battleships that Navy planners also included a new lock design for the Panama Canal in order to accommodate the enormous ships.

Montana’s main guns would have numbered twelve 16-inch guns arranged into 4 armored turrets of three guns each, up from the Iowa-class’ 9 guns. They only fired two types of shells: a 2,700 pound armor-piercing projectile for use against enemy ships, or a 1,900 pound high-explosive round for targets on land or unarmored targets. Both projectiles could be fired a whopping 24 miles.

The massive turrets that would have housed the guns were heavily armored and required nearly 100 men each to operate, and weighed about 250,000 pounds each. Though they could rotate rather quickly despite their enormous size, they were not fixed to the ship, and in case any of the Montanas capsized, their turrets would slip out and sink, lightening the ship considerably.

Even Montana’s secondary battery was impressive: twenty 5-inch guns arranged around the ship’s central superstructure, ten to each side. The guns played a dual role: they could hit targets on the surface at a distance of nearly 15 miles, or when pointed skywards could engage aerial targets at more than 50,000 feet.

In addition to Montana’s formidable offensive and defense weapons, its armor protection was equally astounding. The ship’s four turrets were one of the most heavily protected parts of the ship and designed to withstand some of World War II’s heaviest weapons: the turret faces were fully 22 and a half inches thick.

Ultimately the Montana-class never went into production. Naval air battles like the Battle of Coral Sea and Midway affirmed the utility of naval airpower and led to the Navy prioritizing aircraft carriers and the then-current Iowa-class battleships over the new Montana-class.