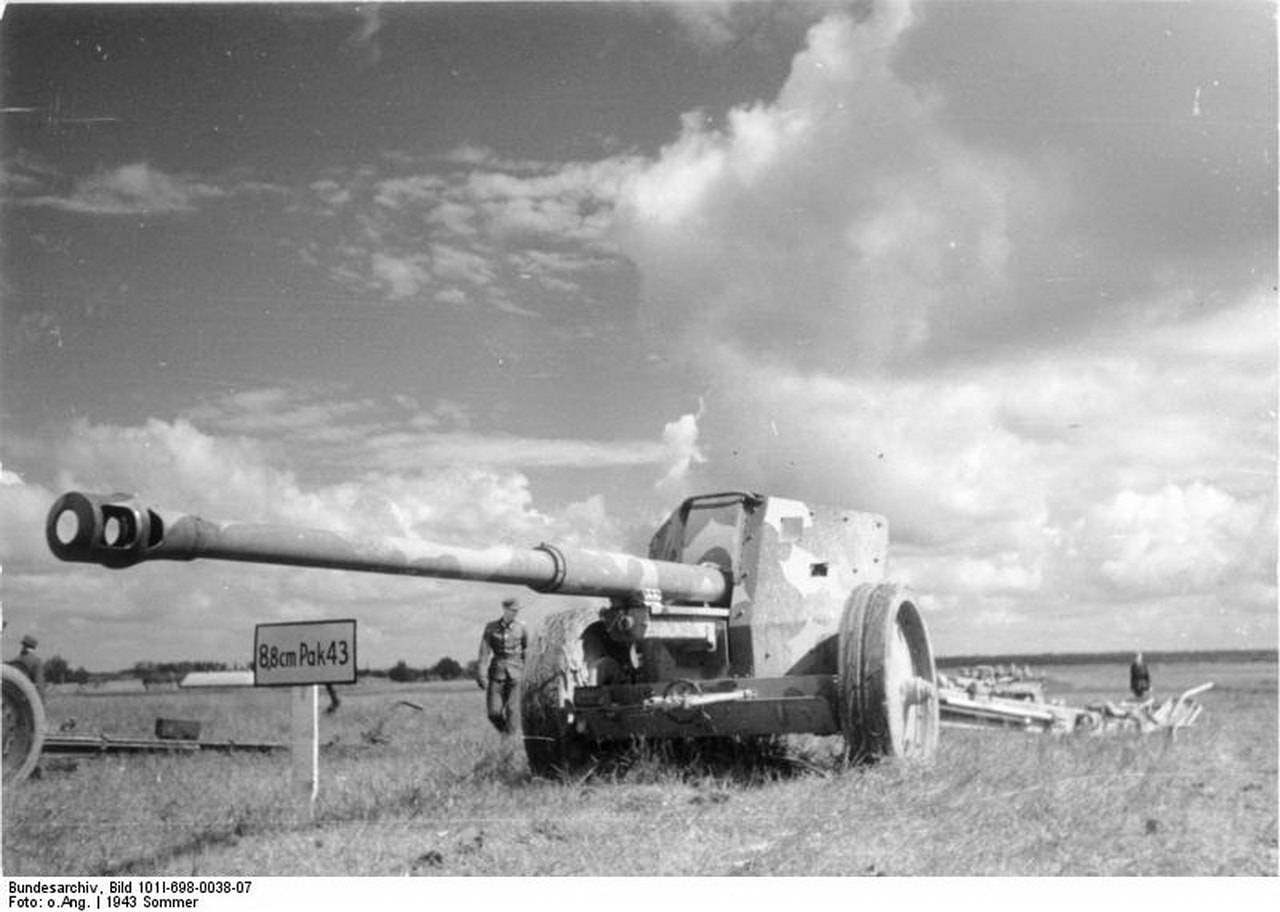 Though the tank made its combat debut with the British Army during the First World War, this top armored weapon of war really came into its own during World War II. Some of the more recognizable machines of the Allied war effort include the American Sherman tank, a mass-producers dream.

Other tanks, like the Soviet Union’s T-34 with its steeply-sloped front hull glacis, good firepower, and adequate speed also proved its worth on the Eastern Front in particular, where despite devastating German firepower, smashed through Nazi lines and broke the back of the German war machine.

Nazi Germany as well developed what were arguably the highest quality — if sometimes impractical or over-engineered — tanks during the war. Tanks like the Tiger and Panther were rightly feared. And the Nazi anti-tank guns were equally fearsome.

Like their armored vehicles, Nazi Germany fielded a wide variety of anti-tank guns that in general steadily increased in diameter and destructive power as the war went on.

First to the fight was the rather small 2.8 cm schwere Panzerbüchse 41, a roughy 500-pound anti-tank gun that could easily be aimed and manipulated by its three-man crew. Though the 2.8cm gun was considered a heavy anti-tank gun when it made its combat debut at the beginning of the war, it became rapidly apparent that the gun’s small diameter shells were no match for the tank’s increasingly thick armor plating.

Anti-tank gun diameters rapidly increased in response: 2.8cm, 3.7cm, 4.2cm, 5cm, 7.5cm, 7.65cm — on even to 8.8cm guns that would immediately dominate the battlefield once they were rushed into German service.

The large Pak 43 was just one of these. It had a very flat trajectory, due in part to the large shell, as well as the incredibly long, 20-foot, 7-inch barrel. The gun system primarily fired two types of ammunition, armor-piercing high-explosive, and less often a high-velocity composite round, likely with a tungsten core.

Even at ranges as far as 1,500 meters, competent gun crews could score hits on targets approaching 100% during training, and around two-thirds of the time during the strain of combat.

The Pak 43 was the largest-diameter anti-tank gun produced by Germany during the war in high numbers. Even the Soviet Union’s IS-series of heavy tanks, known for their high amount of armor protection, couldn’t withstand the Pak 43, except at extreme distances.

Virtually the only drawback to the design was its high weight. Unlike the by-comparison diminutive 2.8cm anti-tank gun German relied upon at the beginning of the war, the Pak 43 weighed over 8,000 pounds, and couldn’t be towed around the battlefield by its crew, but had to be towed by half-track prime movers. Movement during Russia’s Rasputitsa season when melted snow and rain turned roads into virtually impassible sinkholes severely hampered the Pak 43’s progress.

Despite the Pak 43’s incredibly devastating firepower, the platform suffered from its mobility problem. It also had a more difficult time as an ambush weapon, given its towering size.

Still, as an anti-tank gun, there were very few — if any — as effective.