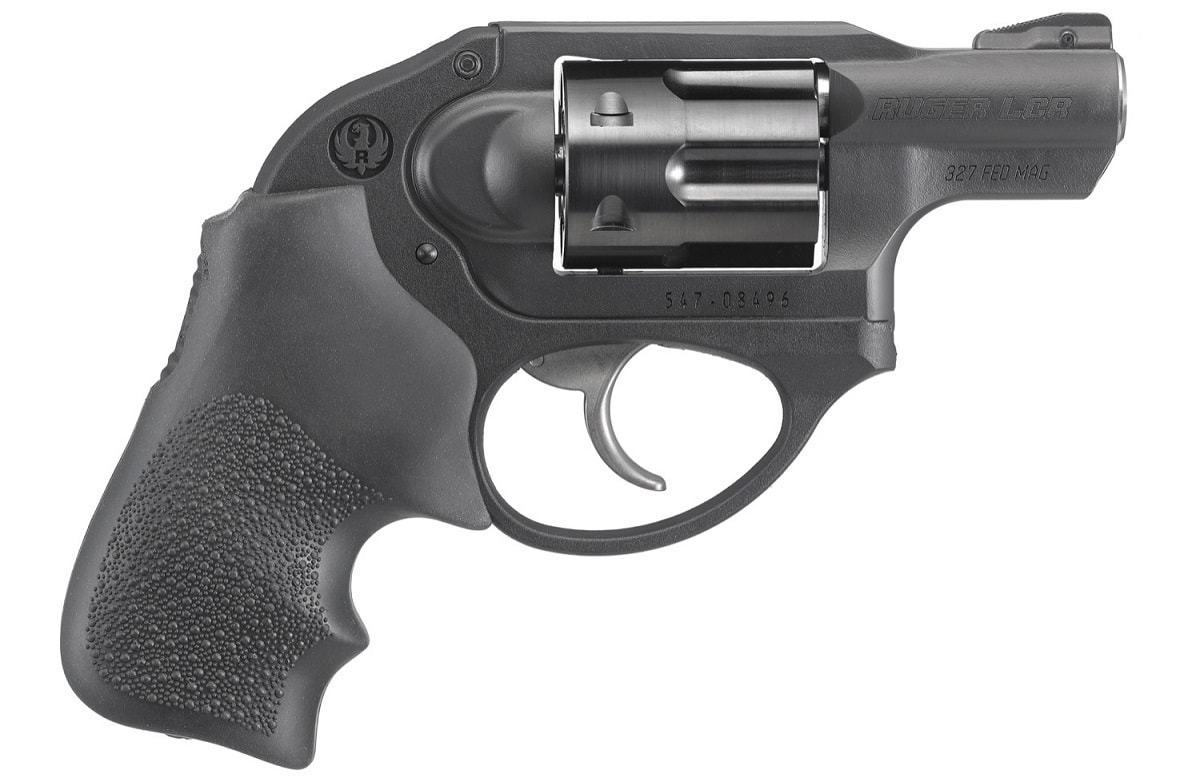 No conversation about American-made revolvers is complete without mentioning Sturm, Ruger & Co., one of the most successful and well-known gunsmiths.

Their revolver lineup is extensive, with a number of highly concealable as well as large frame, long-barreled revolvers that are available in a variety of calibers.

Ruger’s LCR line of revolvers are very lightweight, compact revolvers optimized for concealed carry. The revolvers are available in a variety of useful concealed carry calibers, including .22 LR, .22 Magnum and .38 Special, as well as the more powerful .357 Magnum, 9mm Luger and .327 Federal Magnum.

In the case of the lower-power cartridges, the LCR frame is made of aerospace-grade aluminum, whereas the latter, more high-powered cartridges are housed in a heftier steel frame to better hand the increased recoil and pressure.

The LCRs all come with fluted cylinders in order to keep weight to a minimum. They’re made of high-strength stainless steel with a matte finish that keeps light reflection to a minimum. The standard LCRs also feature a hammerless design and very low-profile sights. Both of these features reduce the chance of the revolver snagging on clothing or pocket fabric and allows for a quicker, smoother draw.

The LCR has further diversified thanks to the LCRx line, similar compact revolvers that retain a visible hammer and sport slightly longer barrels. Like the standard LCRs, these revolvers are also offered in a variety of calibers and retain their predecessor’s matte black finish.

The LCRx features an exposed hammer, which allows them to be used in single-action, requiring the hammer to be manually cocked before shooting. In contrast, the hammerless standard LCRs lack a hammer and are double-action-only, that is, manual hammer cocking is not required, and indeed not possible.

One of the more interesting calibers both the LCR and the LCRx are offered in is the .327 Federal Magnum. The cartridge is essentially a .32 H&R Magnum case (originally introduced in the mid-1880s). The cartridge attempts to recreate the power of the larger .357 Magnum cartridge for use in smaller frame revolvers that lack the physical space necessary to chamber 6 rounds of .357 Magnum.

Regardless of what one could want in a very compact concealed revolver, the LCR and LCRx line is sure to provide a solution. The sheer amount of options and configurations that are possible make the possibilities nearly endless. It’s easy to see why Ruger called them the next evolution in revolver design.