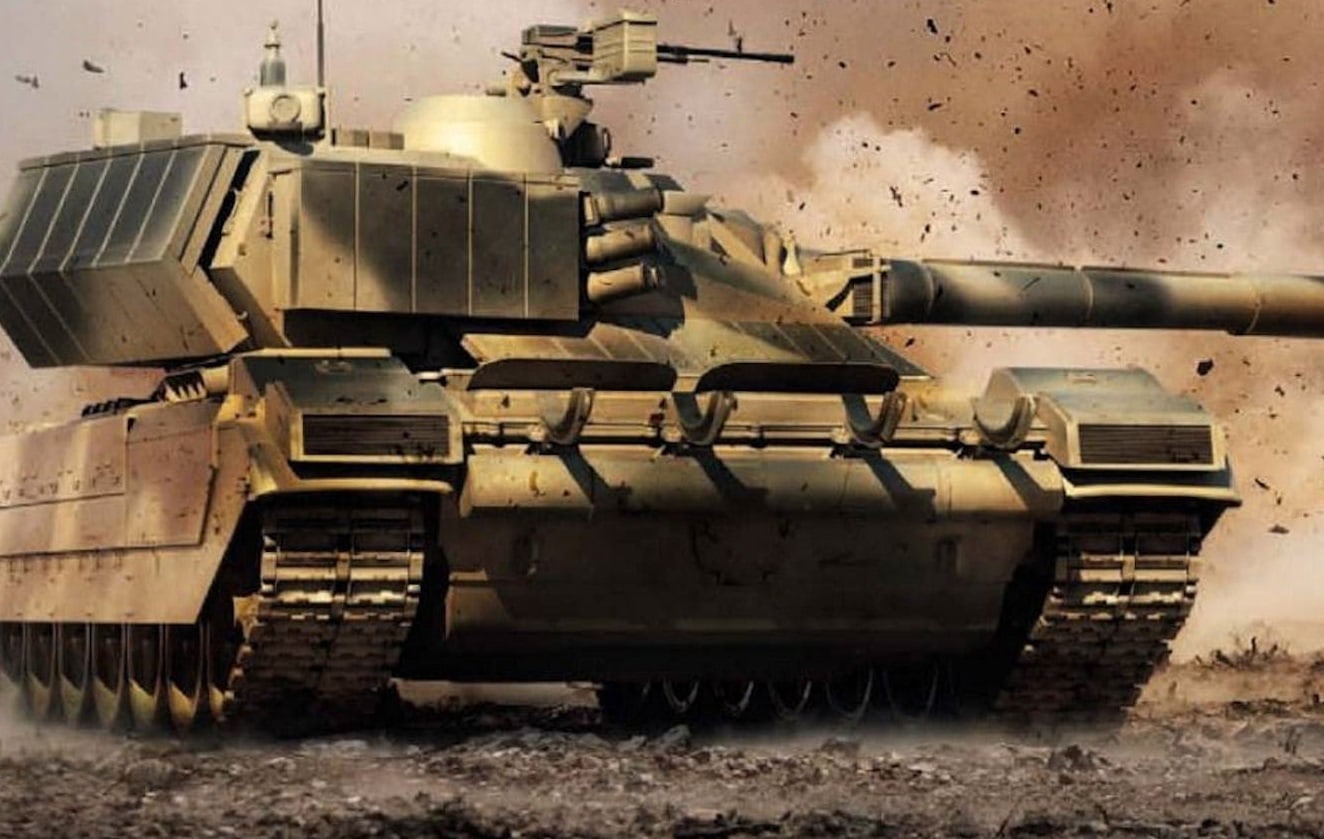 Perhaps by next year, the Russian military will begin to take delivery of the T-14 Armata. Even if that main battle tank (MBT) never arrives in the large numbers that Moscow once hyped, it will still be far more successful than the T-95.

Meant to be able of outperforming even the most capable Western tanks, as well as any previous Soviet tanks, the T-95 barely went beyond the prototype stage. Here’s why.

The origins of the T-95 actually date back to the Soviet era, when Moscow sought a new MBT that would replace the aging fleet of Soviet armor.

Those efforts continued when the Russian military inherited most of the Soviet’s inventory of tanks – including the T-80 MBTs that were produced by the Omsktransmash plant; and the T-72 tanks that were built by Uralvagonzavod. The latter facility also produced the T-90, which even at the time was largely seen as a stopgap while a more modern tank could be produced.

The two tank plants each set out to develop a new MBT.

Omsktransmash may have a head start with its Black Eagle, which was essentially born out of the T-80 but featured a compartmentalized design. However, the T-80’s showing in the First Chechen War was in a word: lackluster. Moscow lost confidence in the program and along with a lack of funding, the Black Eagle tank was canceled in 2001, and the company soon went bankrupt. It was absorbed by Uralvagonzavod a few years later.

Even as the Black Eagle was failing to impress, Uralvagonzavod was working on its MBT under the Object 195 program. First reported in 1995, it wasn’t officially acknowledged by the Russian military until 2000.

The goal of the T-95 program was to create a tank that would be equipped with more powerful armament, including a 152mm main gun that could fire conventional rounds as well as guided missiles, while also offering greater protection for the three-man crew, which included a commander, gunner, and driver.

Part of the concept included an unmanned, remote-controlled turret which included an autoloader for the main gun. Additionally, the tank featured a panoramic periscope with a thermal imager, which would have enabled the commander to scan for targets and then delegate the aiming and firing to the gunner.

In terms of size the T-95 was reported to be larger than previous MBTs, and similar in dimensions and weight to western tanks such as the British Challenger 2, German Leopard 2A7, and American M1A2 Abrams.

The remote control turret and heavy gun are features found in the T-14 Armata, so clearly the T-95 was way ahead of its time, which could explain why progress didn’t move forward. While a small handful of prototypes were built, by 2011 the program was put on hold, and Russia switched gears and began the Armata.

In many ways, the T-95 may have served as an early proof of concept for the T-14 Armata, which utilizes an unmanned turret and compartmentalized hull for the crew. However, it was likely seen that the 152mm gun was overkill as the T-14 is equipped with a more traditional 125mm gun.

The issue now is whether the T-14 actually “gets across the finish line,” but it has at least made it past the prototype stage and that’s a lot more than can be said of the Black Eagle or the T-95.