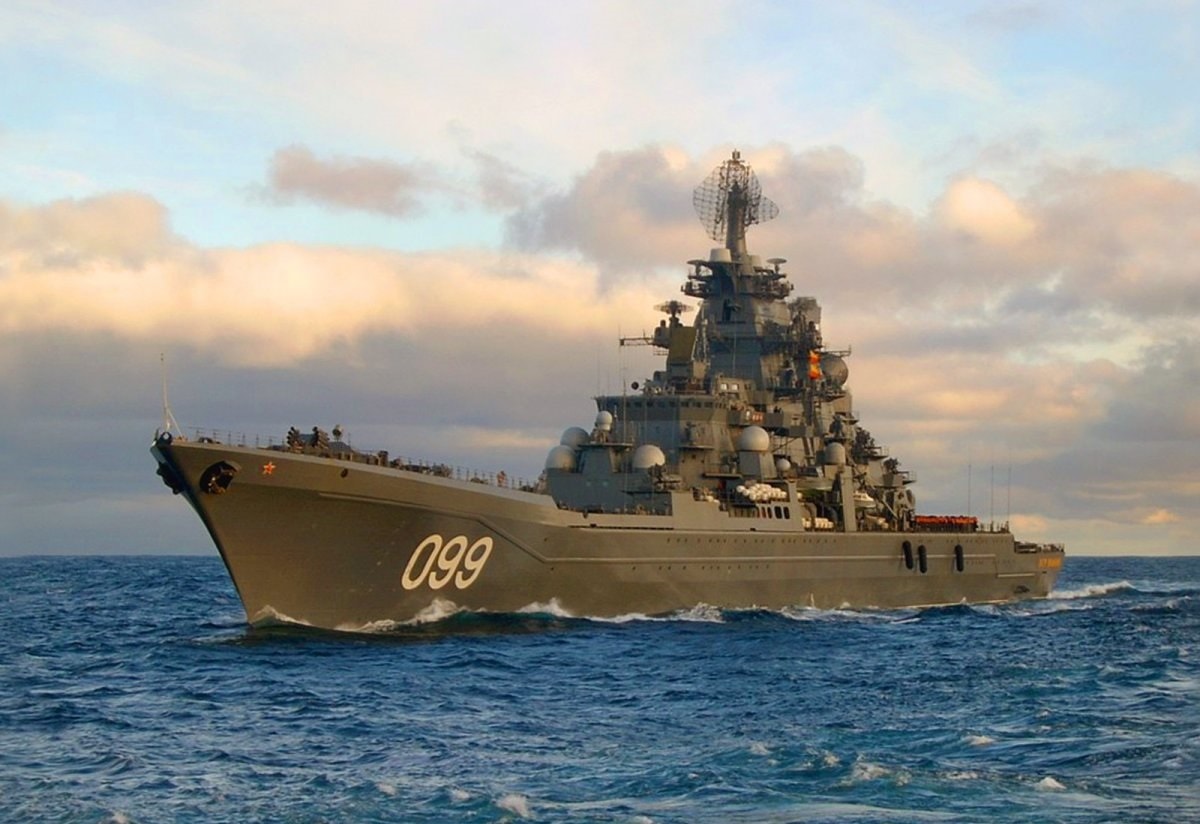 It’s one of the largest surface ships ever built, nuclear powered, and thanks to Russia’s recent hypersonic missile development, still a potent platform despite its age.

The enormous battlecruiser Admiral Nakhimov is slated to reenter Russian naval service sometime next year, according to Russian reporting.

The massive nuclear-powered ship originally entered Soviet Naval service in the early 1980s and was one of four Kirov-class ships, some of the largest and heaviest non-aircraft carrier ships ever constructed.

The ship had been docked since 1999, undergoing sporadic repairs and refurbishment. When that refitting work is completed, the Nakhimov will feature modernization of the ship’s “life support systems, radio-technical weapons, [and the] ship power engineering will be replaced and updated, as well as the cruiser’s missile and artillery armament systems,” according to a Russian Ministry of Defense statement. The Ministry expects the update will “significantly enhance” the Russian Navy’s capabilities.

The Admiral Nakhimov is unique in that it is powered by a nuclear reactor, propulsion typically in place on large aircraft carriers, but atypical for non-carrier ships. This gives the ship an extremely long endurance, as the only factors limiting the ship’s range are food for the 700+ crew members and spare parts, should onboard equipment fail.

When fully loaded, Admiral Nakhimov displaces a whopping 28,000 tons and is quite literally armed to the teeth. Including Kalibr land-attack cruise missiles, torpedos, and a variety of anti-ship and surface-to-air missiles, Admiral Nakhimov also sports the powerful Kashtan close-in defensive weapon system. Another report details how this battlecruiser will be armed with new hypersonic missiles as well.

Admiral Nakhimov will likely join Russia’s Northern Fleet, headquartered in Severomorsk, not far from Russia’s border with Finland along the Barents Sea. Interestingly, Russia’s other Kirov-class ship, the Petr Velikiy, is also on active duty with the Northern Fleet, underscoring the importance of the Arctic region to Russia’s foreign policy objectives.

Although both of Russia’s Kirov-class ships both have extremely long endurance thanks to their nuclear propulsion, they’re unlikely to be sent far afield. Russia’s navy is very much a green-water navy and operates mostly in Russia’s littoral zones rather than far away at sea.

Indeed, Russia’s single aircraft carrier, the Admiral Kuznetsov, is notoriously unreliable and its ability to support operations of any significant size far away from Russian waters would be unlikely.

But for interests closer to home — protecting oil and other mineral resource exploitation in or near the Arctic — would be something the Kirov-class could excel at. Combined with more modern supersonic anti-ship missiles such as the Zircon could give the Cold War-era ships a new lease on life — keeping the 30-plus-year-old ships relevant well into the 21st century.