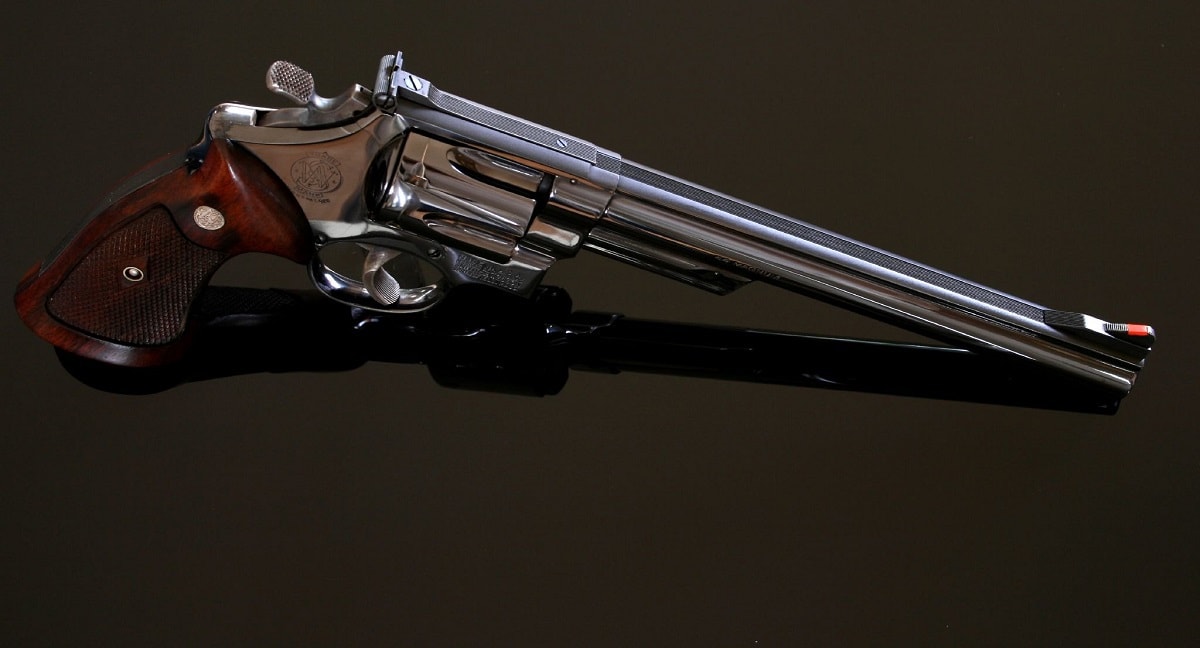 It may be one of the most famous movie quotes of all time: “Do you feel lucky punk?” It was said by Clint Eastwood in the film Dirty Harry, or at least that is what many people believe he said.

The actual line uttered by “Dirty” Harry Callahan was: “I know what you’re thinking: ‘Did he fire six shots or only five?’ Well, to tell you the truth, in all this excitement, I’ve kinda lost track myself. But being this is a .44 Magnum, the most powerful handgun in the world, and would blow your head clean off, you’ve got to ask yourself one question: ‘Do I feel lucky?’ Well, do you, punk?”

The monster hand cannon carried by Eastwood was the Smith & Wesson Model 29, and it received that shout-out, which made it infamous. In the film Eastwood actually could be seen with two different versions; one with an 8 3/4-inch barrel and another 6 1/2-inch barrel. The script had called for a 4-inch barrel, but that model was no longer in production when filming began.

The other misstatement is that it wasn’t technically the “most powerful” handgun in 1970, as the .44 Remington Magnum was actually eclipsed in size and power by the .454 Casull round. But regardless of the minor nitpick the gun has become iconic ever since. What is also notable is Dirty Harry wasn’t even the first movie to feature the gun. It had already appeared in the 1967 film Point Blank starring Lee Marvin, but it was Eastwood’s line that likely made the gun a star. It went on to be seen in a slew of other movies including Live and Let Die, Taxi Driver, Beverly Hills Cop III and The Killer.

The interesting thing about the six-shot, double-action revolver is that it had been introduced in the 1950s, so while it is remembered as sort of a 1970s era firearm because of Dirty Harry, it had already been around for more than a dozen years. Production began in 1955 and the Model 29 designation introduced two years later.

When it first hit the market, it was truly the most powerful “production handgun” in the world, but it should be remembered that there were a number of custom calibers that were more powerful including the old Howdah pistols from the 19th century. The Model 29 hadn’t even been a popular option for most shooters as few actually desired such a hand cannon, but all that changed in 1971.

It was the choice for some in law enforcement and was generally a backup weapon for big game hunters. All of that changed after the opening scene when Harry Callahan had his confrontation with that punk. After the movie came out retailers had a hard time keeping the Model 29 in stock.

It was only in the late 1990s, as a new generation of large frame handguns – including the Desert Eagle – became popular that the luster faded with the Model 29. Yet, even as other revolvers have been discontinued, the Model 29 remains available with 4-inch and 6.5-inch barrel options. And while it doesn’t come cheap – MSRP is more than $1,000 – you don’t have to ask yourself if you feel lucky, but rather you think you can actually handle it?